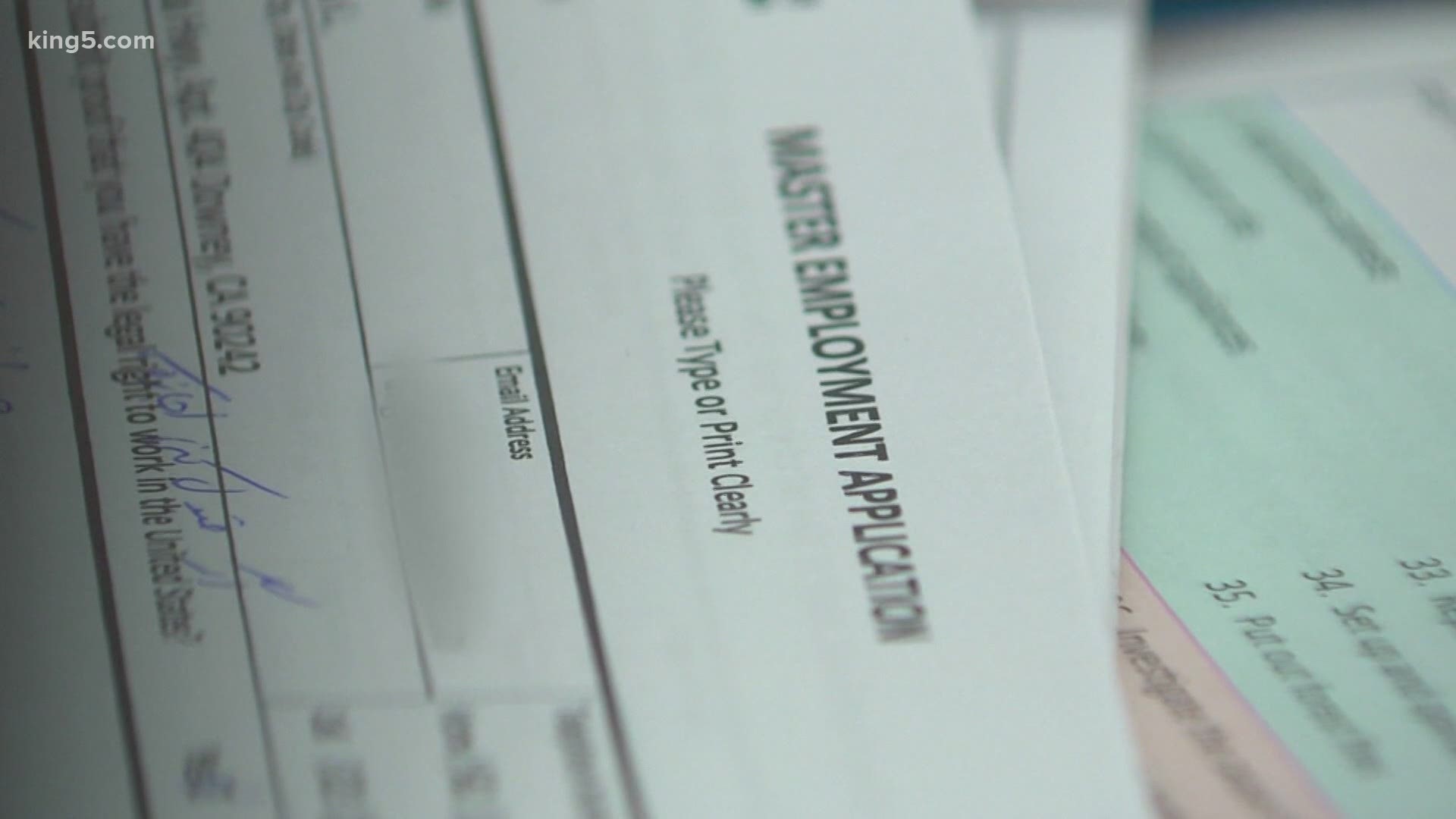 Trump signed the bipartisan deal late Sunday, averting a mid-pandemic government shutdown, and restoring the programs for millions of Americans in need.

Lawmakers from both parties had implored Trump to act.

The signing comes after Trump blindsided members of both parties and upended months of negotiations when he demanded last week that the package — already passed the House and Senate by large margins and believed to have Trump's support — be revised to include larger relief checks and scaled-back spending in other areas.

If he continued his opposition, the federal government would have run out of money at 12:01 a.m. Tuesday.

Gov. Inslee announced the state would step in to help Sunday morning, before Trump signed the package, with a $54 million one-time payout to 94,555 people. That works out to $550 per claimant, Inslee's office said, about two weeks of benefits for PUA recipients.

PUA was an expansion to unemployment under the initial CARES Act in the spring, and allowed people not normally eligible to receive assistance, like independent contractors, people who are self-employed, people who lost childcare because of COVID, or who are sick or caring for someone sick with the novel coronavirus.

Inslee said the state payment will proceed even after Trump's signature, tweeting "It is good news that the president has signed the relief bill. But his delayed action cost Washingtonians a week of PUA benefits. The Pandemic Relief Payments we announced today will fill that gap. I am pleased we can offer this vital help to 95,000 people in our state."

Inslee acknowledged in a Sunday release that this was a stop-gap measure without federal aid, saying "...we are doing what we can, but we simply do not have the ability to replace all of the unemployment supports in the relief package."

The state Employment Security Department will be issuing the benefits later this week.

The emergency payment will be issued by ESD to all PUA claimants who were in active statuses the week ending Nov. 21. The federal relief package would extend federal PUA benefits through March 14, 2021.

“We know how critical these payments are to individuals and families across the state and we’re grateful to the governor for his leadership on this,” said Employment Security Department Commissioner Suzi LeVine. “The team at ESD has been working around the clock to get this new program ready. We will issue these one-time payments this week so that eligible claimants will have the funds as they head into the New Year.”

The looming deadline added stress for families relying on the pandemic unemployment expansions. Michelle Hanson, a single mother living in Everett, has been laid off twice from her job at a Bellevue restaurant when Washington closed indoor dining. Having exhausted standard unemployment, she's been relying on Pandemic Emergency Unemployment Compensation (PEUC), which also expired on the 26th and was restored Sunday. She said her claim for the stand-in Extended Benefits (EB) program was approved Sunday, but she expects to return to PEUC. ESD said Sunday that EB claims should continue uninterrupted.

She was glad to see the deal get finalized, because she was not among those eligible for the $54 million from Washington.

"I feel like I lost 20 pounds basically," she said. "Just the stress off my shoulders, just knowing the money is not going to stop."

Now, she hopes by the next aid package, she's able to be working again.

Hanson also started a Facebook group, "Support Washington State's Hospitality/Restaurant Workers," and said the solidarity has been important in this stressful time.

"It didn't have to be this way," she said. "A lot of the feedback I've been getting is this is kind of too little, too late. And I just keep telling them a little bit of relief is better than no relief at all. One answer is better than no answer. But it's really frustrating. These are things that could have happened months ago."