An increase in COVID-19 cases jeopardizes the Washington state counties currently in Phase 3 of the state's reopening plan. 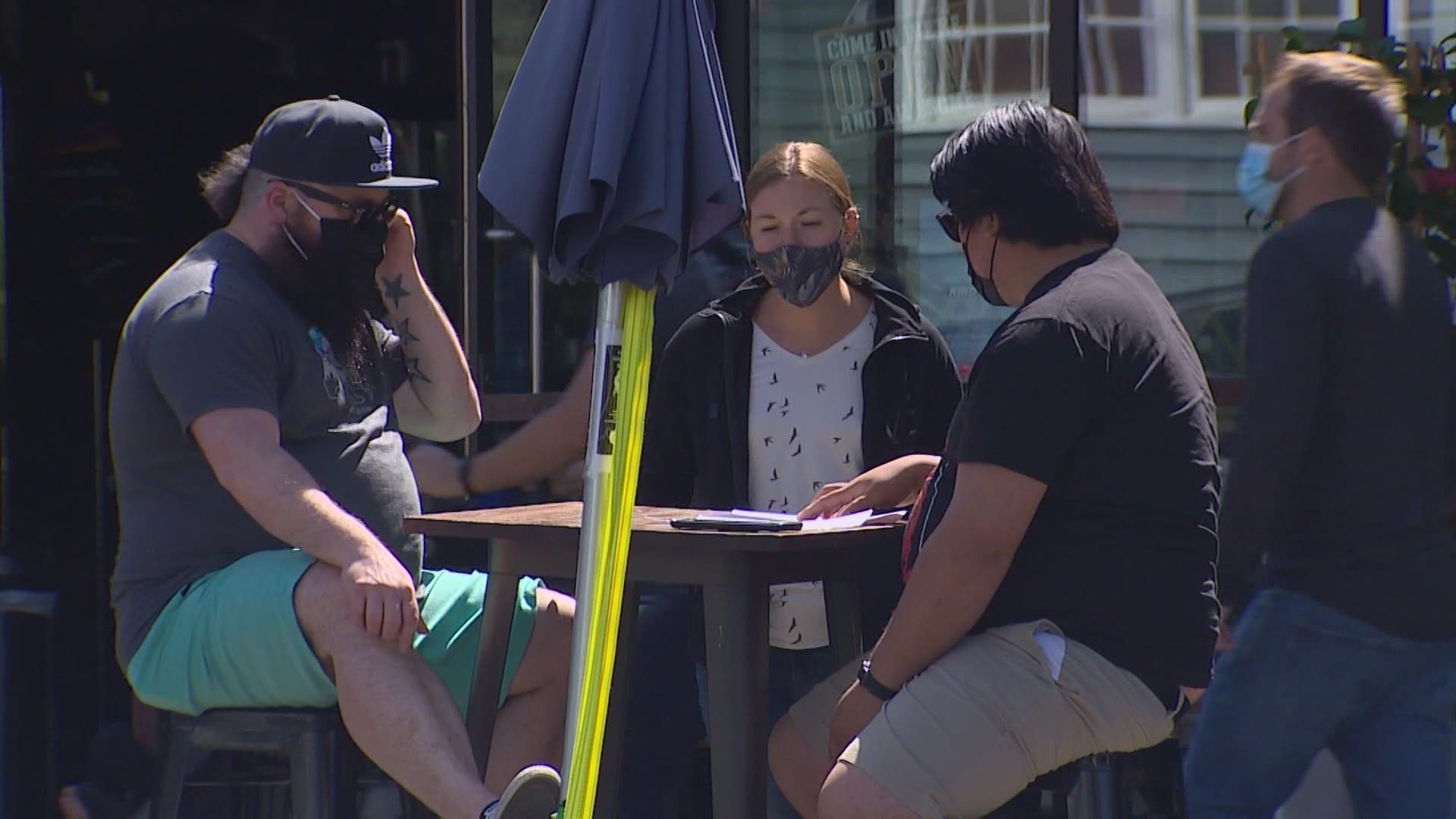 EDMONDS, Wash. — Snohomish County health officials are warning of a fourth COVID-19 wave after cases in the area have more than doubled in the past two weeks.

It's an increase that jeopardizes the county currently in Phase 3 of the state's reopening plan.

“I am very concerned, and I regret to report that it looks like we’re on our way up a fourth wave of COVID here in Snohomish County and throughout the region,” said Dr. Christopher Spitters, health officer for the Snohomish County Health District.

Spitters said warmer weather combined with virus fatigue among unvaccinated people is partially to blame for the increase in cases. More contagious variants are also a factor.

For the first time, health officials have incorporated positive COVID-19 test results along with positive antigen test results. It is a change that accounts for a small increase in cases, but according to Spitters, it makes no impact on the overall magnitude or trajectory of the cases.

The bright spot, health officials said, is that new cases are not as high among the senior community, which they attribute to the vaccine working. Also, hospitalization rates are not rising as quickly with new cases as seen in the past.

RELATED: Having trouble making a COVID-19 vaccine appointment in Washington? Here are some tips

Regardless, an increase in case and hospitalization rates could trigger a downgrade in phases.

“This puts us on the threshold and in serious jeopardy of sliding back into Phase 2 again,” said Spitters.

Cowlitz, Pierce, and Whitman counties were moved back to Phase 2 of Washington’s reopening plan on April 16 due to case and hospitalization rates going over the threshold created under the state's recovery plan. That means businesses, including restaurants and gyms, are operating at a maximum of 25% capacity.

“We don’t want to go back [to Phase 2],” Gov. Jay Inslee said Tuesday as he toured a vaccine site in northern Snohomish County.

“These restaurants have had a tough enough time, let’s not go backwards. But the way to do that is to put on a mask, socially distance, take your activities outside; that’s what we can do to fight this beast,” he continued.

For so many restaurants, the goal of the last year hasn’t been about profit, but survival.

“I would love to stay open to keep my staff employed and keep my business afloat,” said Jeff Barnett, the owner of Salish Sea Brewing Co. in Edmonds.

Barnett is currently operating at 50% of indoor capacity and has managed to keep nearly all his staff on board. A move to Phase 2 would cut indoor dining in half.

“I sure hope the end is in sight," said Barnett. "This is going to be hard going through summer. My staff is working incredibly hard. They’ve maintained a total positive attitude."

The state said it will re-evaluate counties on May 3, and then decide if additional regions need to go back to Phase 2.