Washington's stay-at-home order will extend past May 4; no reopening date set

Gov. Jay Inslee says the state will announce "the next phase" of reopening on Friday. 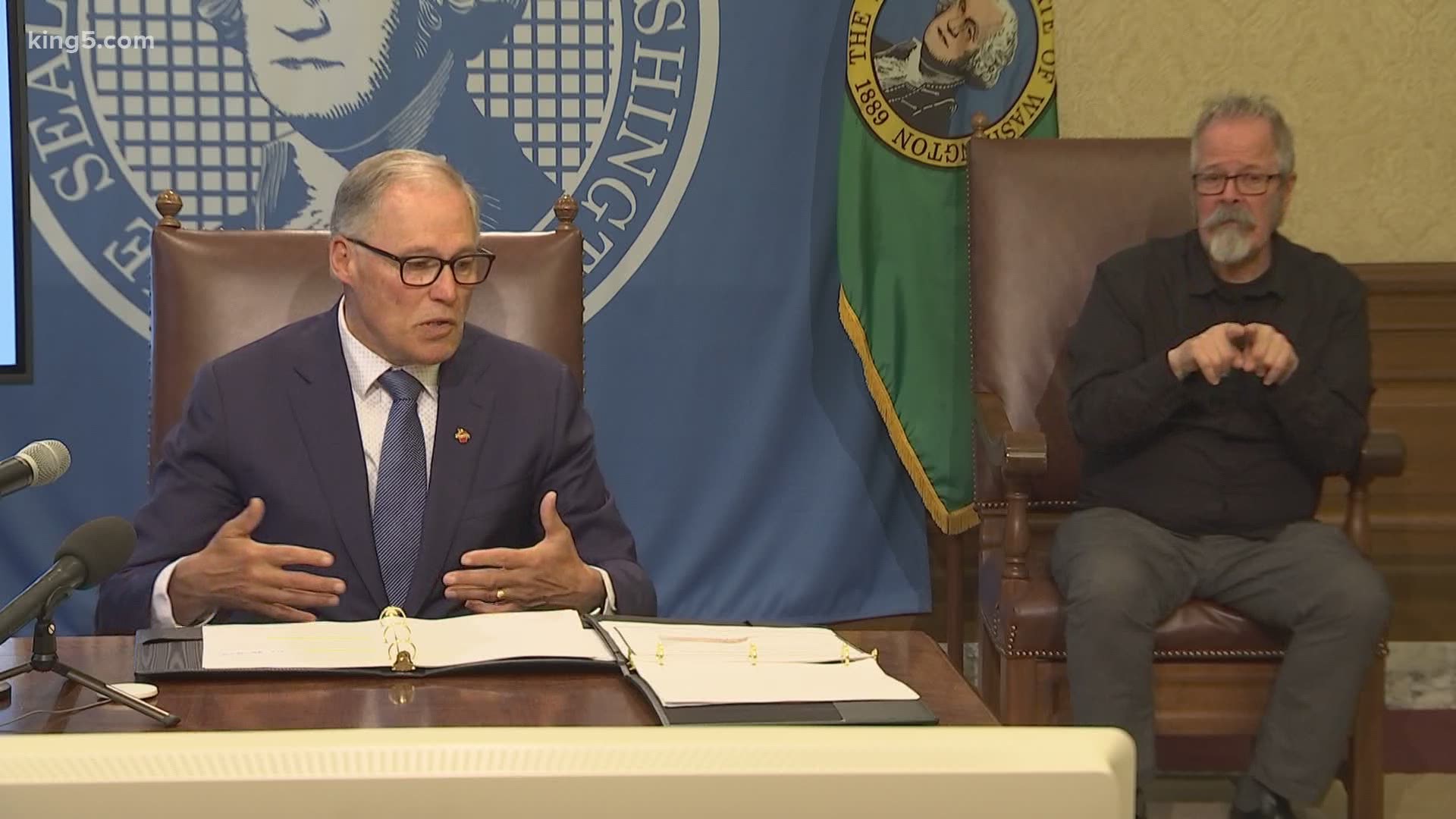 Inslee said the state is not ready to fully reopen. He said more information will be released on Friday about the phases that the state will reopen.

"We do not want to go through this pain again. We want to make this a one and possibly done situation, that we then can restrain this virus with testing and contact tracing," he said. "The fundamental principle we're following is let's just do this once. It's much better to be disciplined now with this approach rather than have erratic steps at a later date."

He said that some non-urgent surgeries, such as joint replacements, will soon be allowed.

RELATED: Some fishing, golfing, hiking, hunting can resume May 5 in Washington state

He said while coronavirus deaths and hospitalizations were declining in April, but the numbers are not low enough to ensure that those numbers will continue to decline.

Inslee shared the data that the state is using to analyze the state’s response.

“There is no one number that any of us can hang our hat on to make an independent decision based on one number,” he said.

Some of the data include:

The extension of the stay home orders past May 4 was not unexpected. On Monday, Inslee announced a partial reopening of state lands starting on May 5.

"This is a data-driven decision," Inslee said. "If this virus were to spring back, we might have to roll back some of these measures again which is the reason we have to remain disciplined in how we enjoy the great outdoors."

Public gatherings, team sports, and camping, among other things, are not allowed at this time, Inslee said.

Inslee said that while the state has been loosening the restrictions in the Stay Home Stay Healthy order, the data show that the state would not be ready to drop social distancing by next week.

Last week, Gov. Inslee announced that low-risk construction could resume in Washington, marking one of the first steps the state is taking to slowly reopen the economy.

"We are a long ways from the end of this virus, and we are going to have to maintain plenty of restrictions after May 4," he said.