Dylan McDermott dishes on being a 'super criminal' in 'Law & Order: Organized Crime' 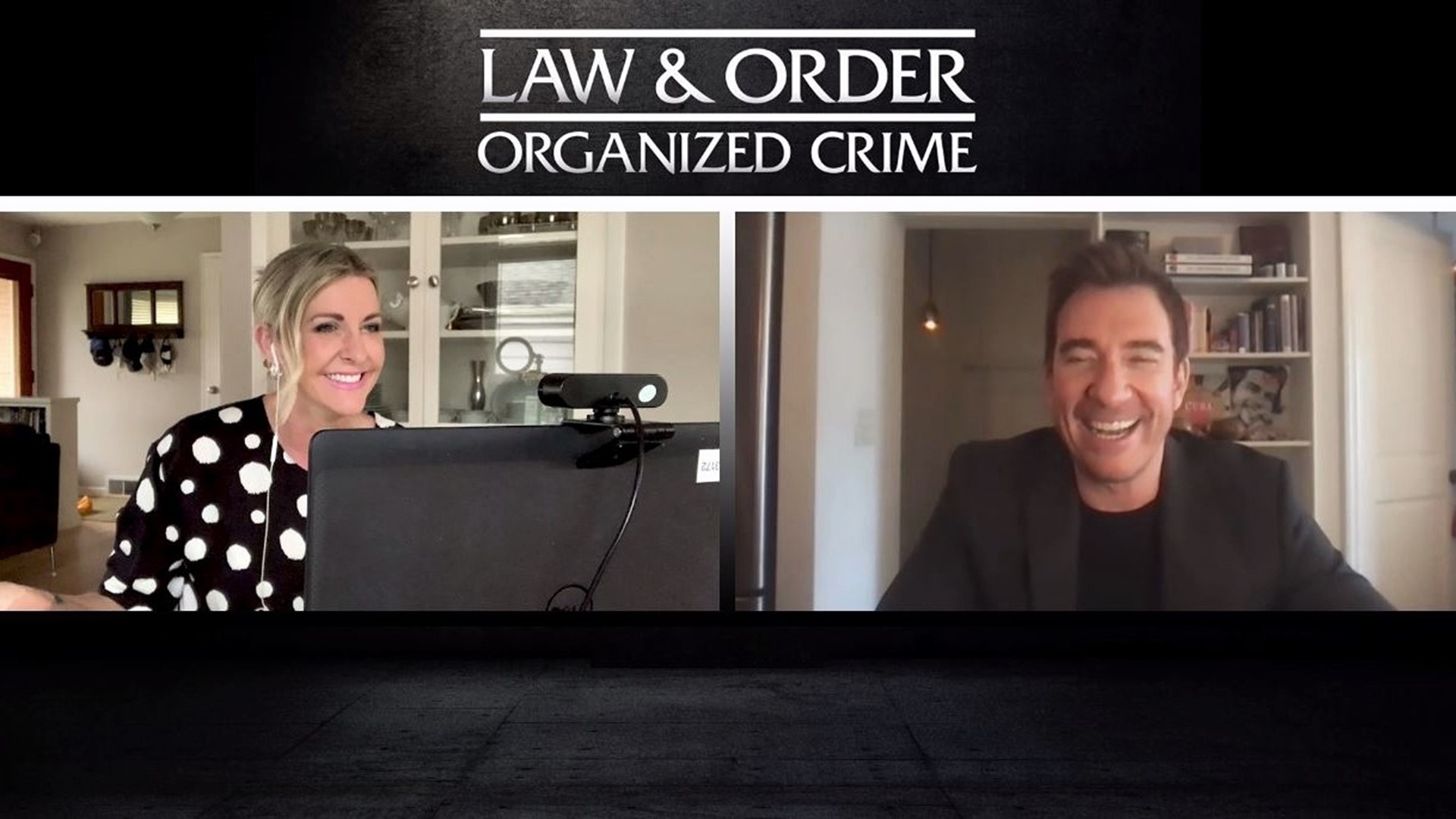 SEATTLE — The new NBC show "Law and Order: Organized Crime" made its debut last week. We already know Christopher Meloni is in it but there is another big star on that show too. Actor Dylan McDermott plays the bad guy in the series. Evening host Kim Holcomb got to chat with him about the show over Zoom.

HOLCOMB: "Welcome to my home Dylan McDermott is something I never thought I'd say out loud."

HOLCOMB: "Okay, I have to say I was super-excited to see Elliot Stabler back in action, and then suddenly you are there sparring with him. I felt like I had won a prize or something!"

MCDERMOTT: "Oh, he is wonderful. I mean, what a beloved character and he's such a nice guy. And I think that we just really hit it off. And you know, it's going to be, I mean, there's a sizzle to the show that I really like. And I think people are talking about it, and there is a crack in the air. Thursday is our first meeting on film so I think we are going to get a little taste of what's to come.

HOLCOMB: "So who is Richard Wheatley in so much you can explain him without divulging anything?"

MCDERMOTT: "He's, you know, he's a super criminal. He is a new criminal. He deals with online pharmacies, you know, he's making an enormous amount of money. He's the smartest guy in the room. He's just, he's got his fingers in everything. And he's manipulating everyone it's just a delicious, you know, person to play. Because there's so much going on all the time, actually, I'm exhausted playing him because of the amount of brainpower that I have to use to play him."

HOLCOMB: "Without giving anything away, maybe you can use your cagy Wheatley voice, what do people have to look forward to tonight?"

MCDERMOTT: "Well, I think most importantly, you get to see Wheatley and Stabler for the first time in a scene and what a scene it is. So I think that's the most exciting thing about the show is finally after two episodes, you'll see us together and that's worth tuning in just for that."

HOLCOMB: "So if some of us record that episode and rewind that episode to watch it several more times, we wouldn't be weirdos, that's just normal behavior, right?"

MCDERMOTT: "That's exactly what you should do. I think you have to do that."

HOLCOMB: "Dylan thanks so much for your time, I know these are exhausting but that was great and I appreciate you and I really do love the show."

MCDERMOTT: "Thank you so much. Nice talking to you."