According to a recent survey, 90% of Edmonds School District parents plan to have their kids enrolled in in-person learning this fall, while 5% will stay remote. 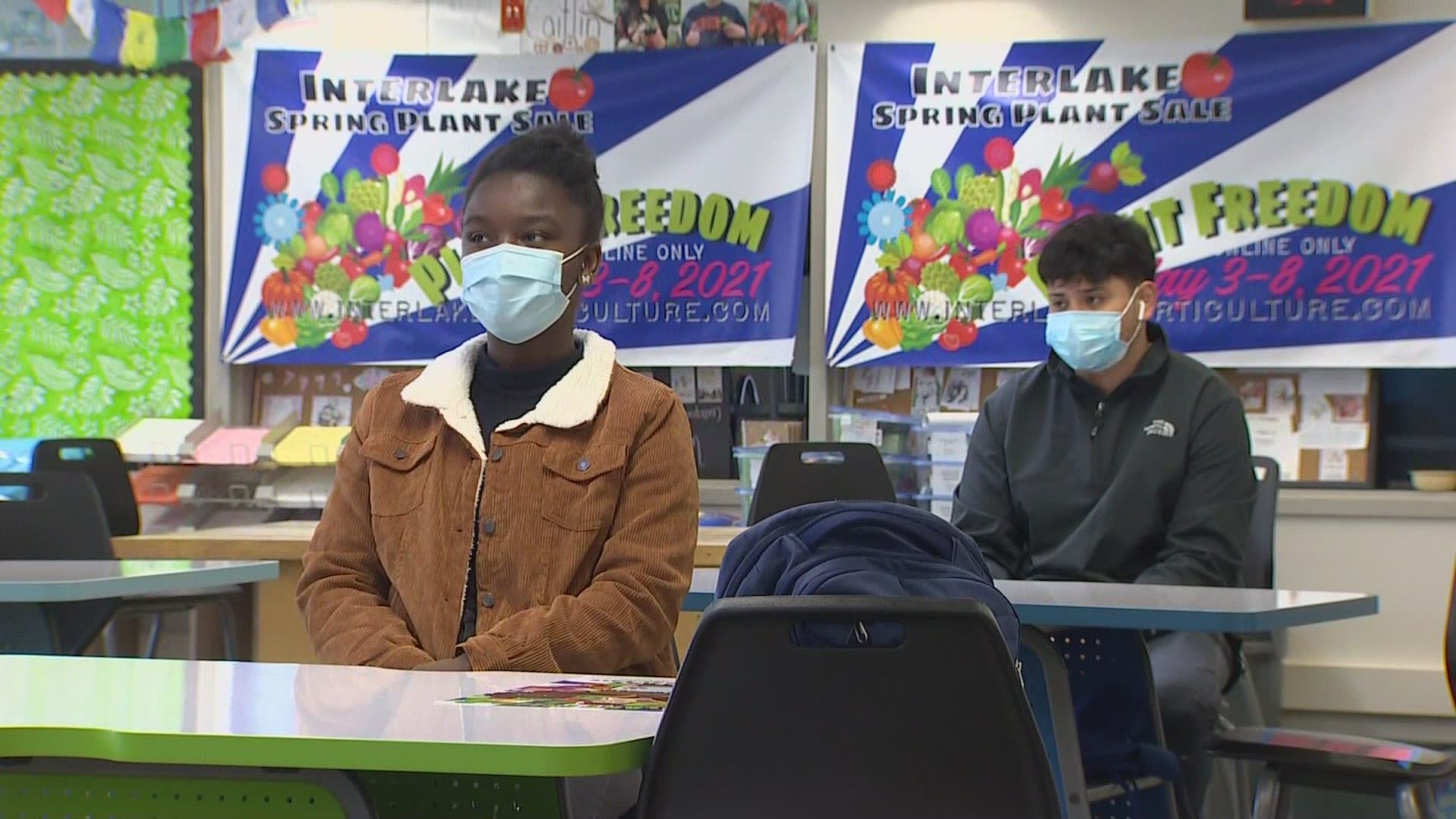 EDMONDS, Wash. — Though the worst of the pandemic is behind us, the fall of 2021 will be far from normal for many public school students.

Throughout western Washington, the general consensus is that most major school districts will be back to in-person learning this fall. However, nearly all districts are including an option for parents and students to continue remote learning if they choose.

According to an Edmonds School District spokesperson, a survey given to parents shows 90% plan to have their children participate in full in-person learning this fall, while 5% said they will continue remote learning.

“There is not vaccines for all ages yet, there are a lot of reasons that families might not feel comfortable sending their children back in person and so we want to honor that and make sure that we are doing everything we can to provide them the education they deserve,” said Harmony Weinberg with the Edmonds School District.

“Because of COVID we are offering an online program for our kindergarten through eighth graders for families who chose that and that is new,” Weinberg continued.

Some parents KING 5 spoke with Tuesday said they are excited about having their kids return to the classroom, but some students aren't thrilled about going back.

"Some kids miss assignments or they don’t choose to do them, so I feel like it’s going to be catch up or teachers are going to see they don't do them," said soon-to-be ninth grader Bertha Ceja of Edmonds.

Janet Mendoza-Soto is the mother of an 8-year-old who she says was easily distracted without the structure of a classroom.

“We’re definitely hoping to put him in-person full time – they did give us that option at his school to do do full-time or online and we’re going to do in-person,” Mendoza-Soto said. "He’s doing good but he still has a lot of work to do."

The Associated Press reports that nationwide districts are preparing for supersized kindergarten classes as parents of young children decided to sit the year out.

It's a trend the Edmonds School District seems to be following. According to the district, kindergarten enrolment is up about 45% compared to this time last year, which amounts to 900 students up from 600 the previous year.