At one school in Mukilteo, high school students are embracing a phone free zone. 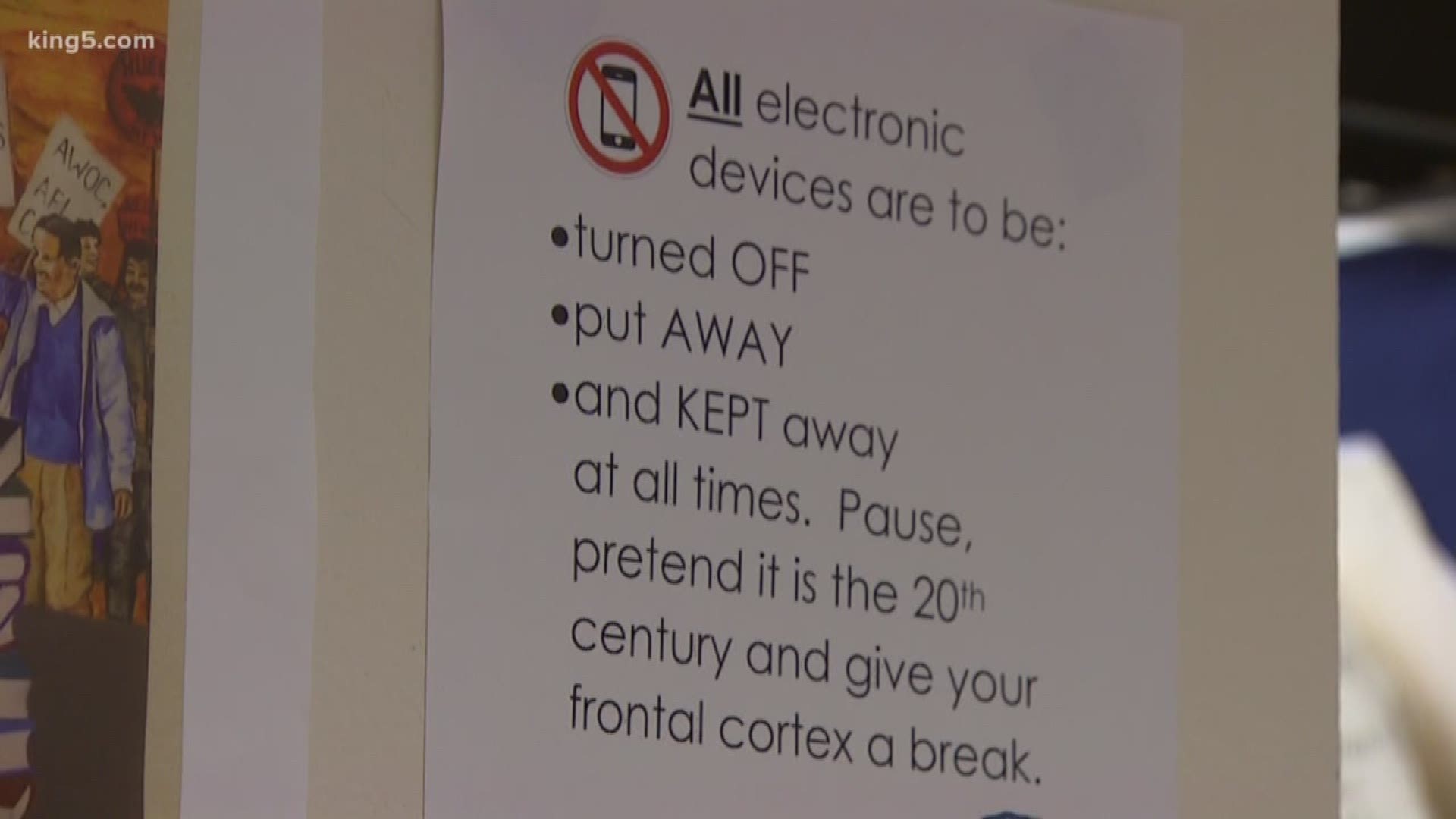 There's a Darth Vader doll, a family of black rubber rats, even a life-size cutout of Mr. Storrs, himself.

The one thing you won't see is a cell phone.

"They can prove to be a distraction," said Storrs, a 21-year veteran of the classroom.

While just about every school has some sort of loosely enforced cell phone policy, at Mariner High School in the Mukilteo School District, phones are not to be seen for the seven hours students are on campus.

For the first offense, the phone is confiscated until the end of the day.

On the second, a parent has to pick it up.

The third time around, the student serves an in-school suspension.

"We want students to be talking face to face with each other," said Principal Nate DuChesne. "We encourage that type of dialogue. In this day and age with social media that is becoming a lost art."

The staff at Mariner High School believe the policy has led to less bullying and harassment. Far fewer distractions in the classroom mean kids learn better.

Students like sophomore Layla Owens say knowing she can't check her phone all day is actually a relief.

"It is a little bit hard but once you're in the hallway and you're talking with your friends you realize you really don't need it and it's a more comfortable environment," Owens said.

But how do you get a school with thousands of teenagers to put away their prized cell phones?

Storrs says it starts with consistency.

While other schools in the district are allowed to set their own policies, the strict regulations at Mariner High School have been in place for about 10 years, and they apply to teachers, too.

"Teachers in other schools can't believe we've had such success," Storrs said. "Once it becomes part of the culture of the school, that's just how we roll."

Principal DuChesne says he only has to hand out three or four cell phone suspensions per year in a school with approximately 2,400 students.

"Sometimes it's less than that," he said. "The students know what's expected of them and I think they appreciate that."