Supporters of two former Kennedy Catholic High School teachers who they say were fired for being gay are planning to protest Tuesday. 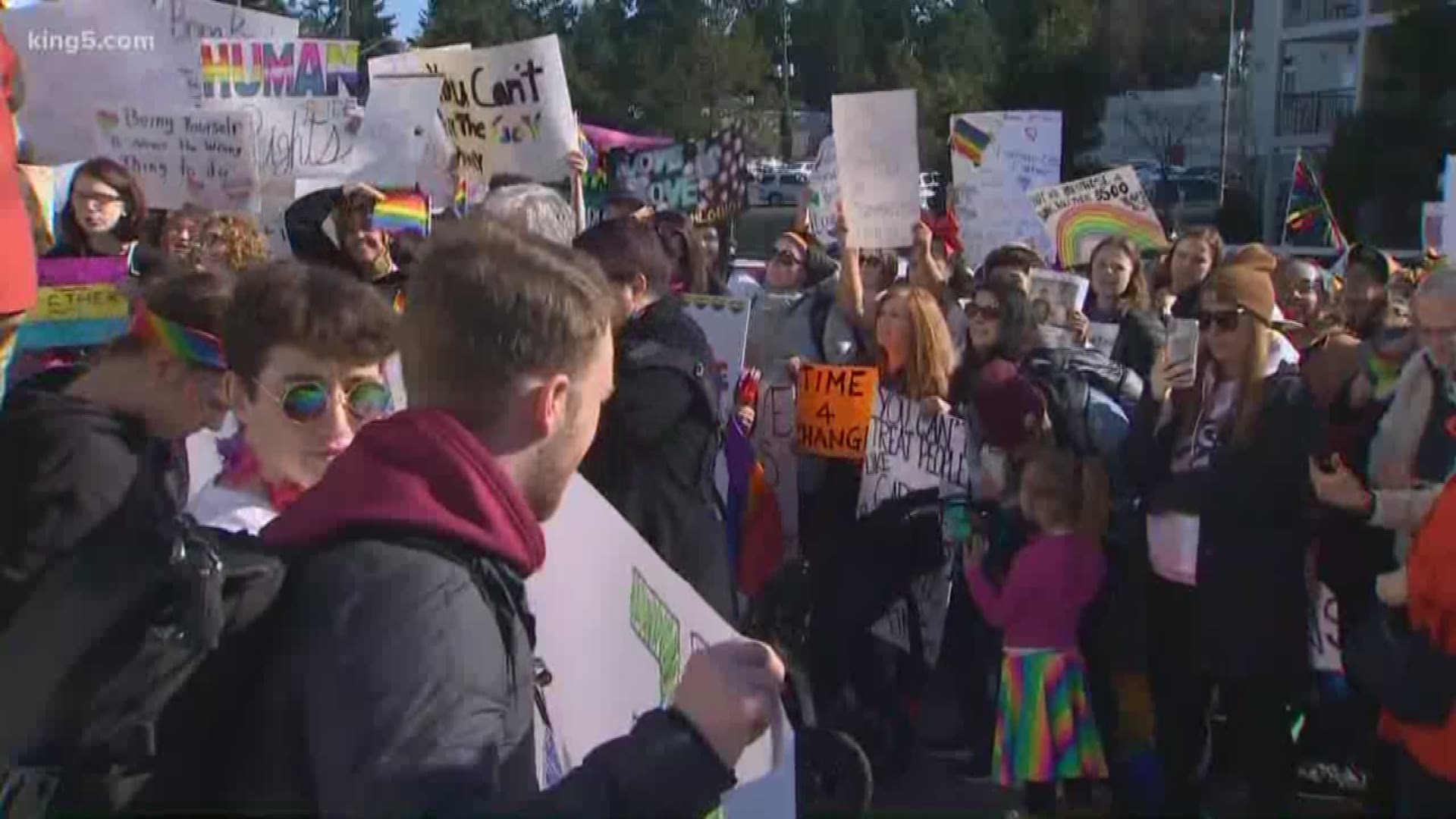 BURIEN, Wash. — Students at Kennedy Catholic High School staged a sit-in, and then a walkout, Tuesday over a controversy surrounding two former teachers who supporters say were fired for being gay.

The two teachers, Paul Danforth and Michelle Beattie, "voluntarily resigned" from Kennedy Catholic High School in Burien last week, according to a statement from school officials.

The Archdiocese of Seattle echoed Kennedy Catholic's statement Feb. 14, saying the teachers voluntarily resigned and that they cannot comment further due to it being a personnel matter.

But Danforth’s fiancé, Sean Nyberg, contacted KING 5 and said Danforth “is no longer employed specifically because he and I got engaged.”

"Paul has asked me to keep anything I know, even feel, confidential. He stated that numerous times, and I've chosen not tom” said Nyberg. "I feel if I didn't do that none of this would have happened. So this partly guilt."

Nyberg said he showed up at Kennedy Catholic High School to support the students.

"I'm also part of the LGBT community and I felt like it's unfair for teachers to lose their jobs over something so simple as loving someone," she said.

"It's honestly, religion or not, it's not fair to treat people unjustly and make them lose their jobs," she continued.

People also protested outside the Archdiocese of Seattle in support of the teachers Tuesday morning.

Mark Miloscia took part in the counter-protest outside of the Archdiocese of Seattle.“I came here to show support for the Catholic Church and all churches and all believers of all faith to stand up and hire teachers that they believe. The government or the mob shouldn't be forcing religion to hire teachers who don't believe in their religion. This is America. We believe in religious freedom,” said counter-protester Mark Miloscia.