School resource officers won’t be in Edmonds schools next year while the district evaluates safety plans. 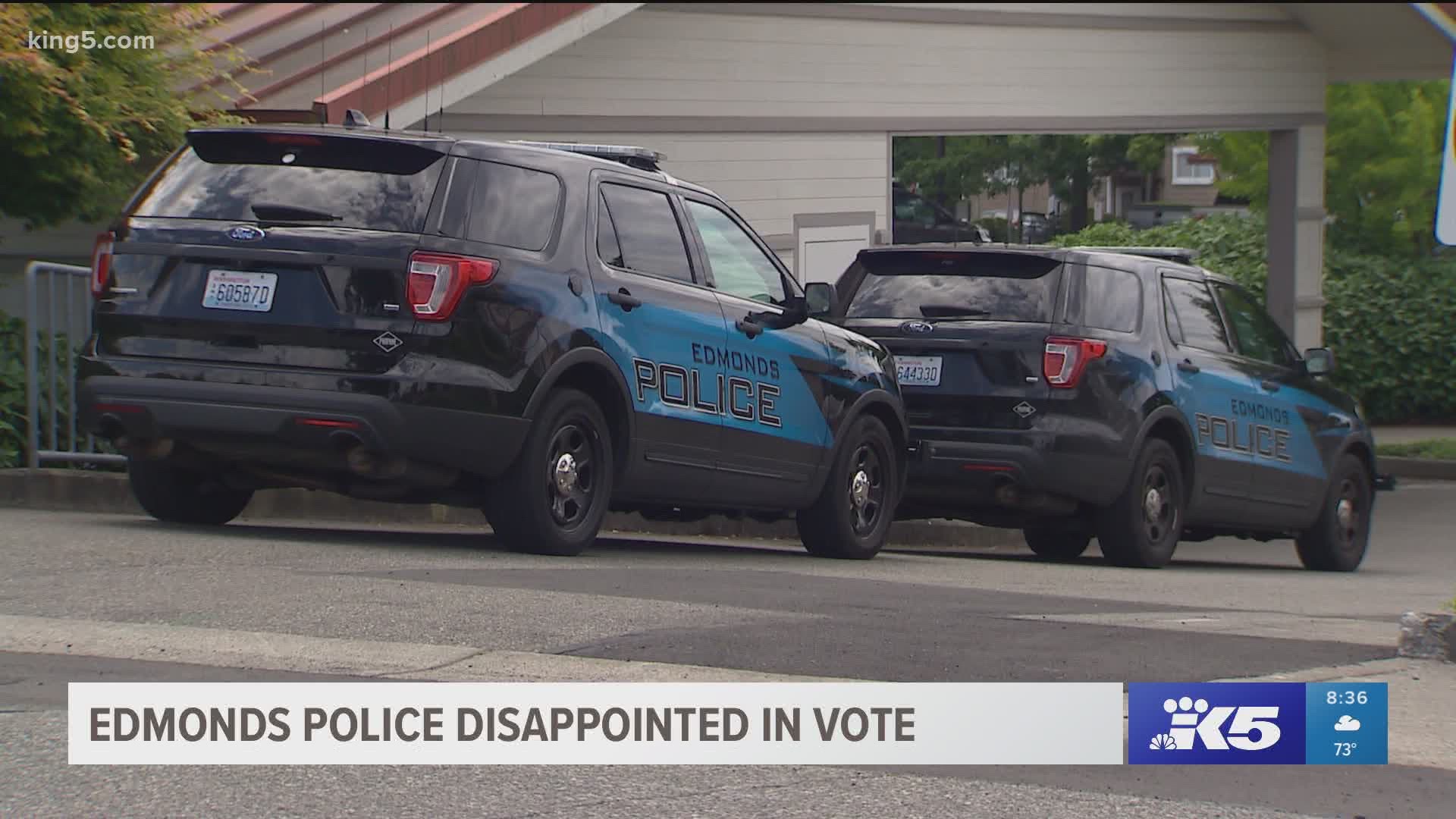 EDMONDS, Wash. — The Edmonds School Board unanimously voted Tuesday night to end the school resource officer contracts with several police departments so it can spend a year reviewing the district’s safety plans.

The board ended contracts with the Edmonds, Lynnwood and Mountlake Terrace police departments. It will decide in August whether to continue its contract with the Snohomish County Sheriff’s Office due to concerns over response time to Lynnwood High School in an emergency.

School board members plan to review current safety plans and make changes so students feel safe at school. The review period is expected to last one year.

The move follows a special virtual meeting that the school board held last week with more than 140 students, staff and community members on school safety and school resource officers.

“Our students of color spoke about how being a student of color, they felt unsafe. They talked about all those reasons why and the board really listened, and I think that is something that is very important,” said Edmonds School District Communications Manager, Harmony Weinberg.

In a statement, acting Edmonds Police Chief Jim Lawless said, “While I completely understand the desire and sense of urgency to immediately address community concerns surrounding social injustices, I believe that this decision was borne out of emotion, not data, and was hastily undertaken.”

The Edmonds School District argues there was time and consideration that went into the decision.

“I think the school board just is going back to what they heard from the community. The board made the decision and now it’s our job to figure out the next steps,” Weinberg said.

School Board President Deborah Kilgore said it is “unacceptable that students are hurting and feel unsafe in our schools,” and vowed the district will make systemic changes to ensure student safety.

Edmonds Police Acting Chief Jim Lawless spoke out against the decision, saying he was “disappointed” with the decision was not more “deliberative and inclusive.” Lawless said Kilgore’s comments didn’t reflect the relationships that Edmonds police’s school resource officer had at Edmonds Woodway High School.

“While I completely understand the desire and sense of urgency to immediately address community concerns surrounding social injustices, I believe that this decision was borne out of emotion, not data, and was hastily undertaken,” Lawless said in a statement.

The Edmonds police officers who were previously in schools will now help develop and implement the department’s body camera pilot project, according to Lawless.

“There’s a lot of ideas to explore and plans to explore, but again safety is still that top priority and we’re not going to enter the school year without solid plans in place to keep our students safe but looking at what that means besides just law enforcement,” Weinberg said, “We’re going to have a plan to fill the gap before we have a new very intense plan that will be studied and it will not just include staff, it will include students and families and community members to really take a thoughtful approach to this of how it really will look and not just throw something together.”

A discussion for replacing SROs with social workers or counselors is not off the table.

Edmonds School District pays for 50% of the salaries for SROs from Edmonds, Lynwood and Montlake Terrace Police departments and 75% of the salary for the SRO from the Snohomish County Sheriff’s Office. What the district will do with the money budgeted for those salaries will be part of the discussions moving forward, but no decisions have been made.

KING 5 reached out to other districts in Snohomish County about their plans for school resource officers in the future:

Arlington School District said: “Arlington Public Schools has one School Resource Officer that services our schools through a contract with Arlington Police. A few parents have given their feedback both positive and negative. We are listening and responding to these comments but have no plans to make any changes at this point.”