On Tuesday night, the Edmonds City Council voted 4-3 against a proposed emergency overpass for the waterfront. 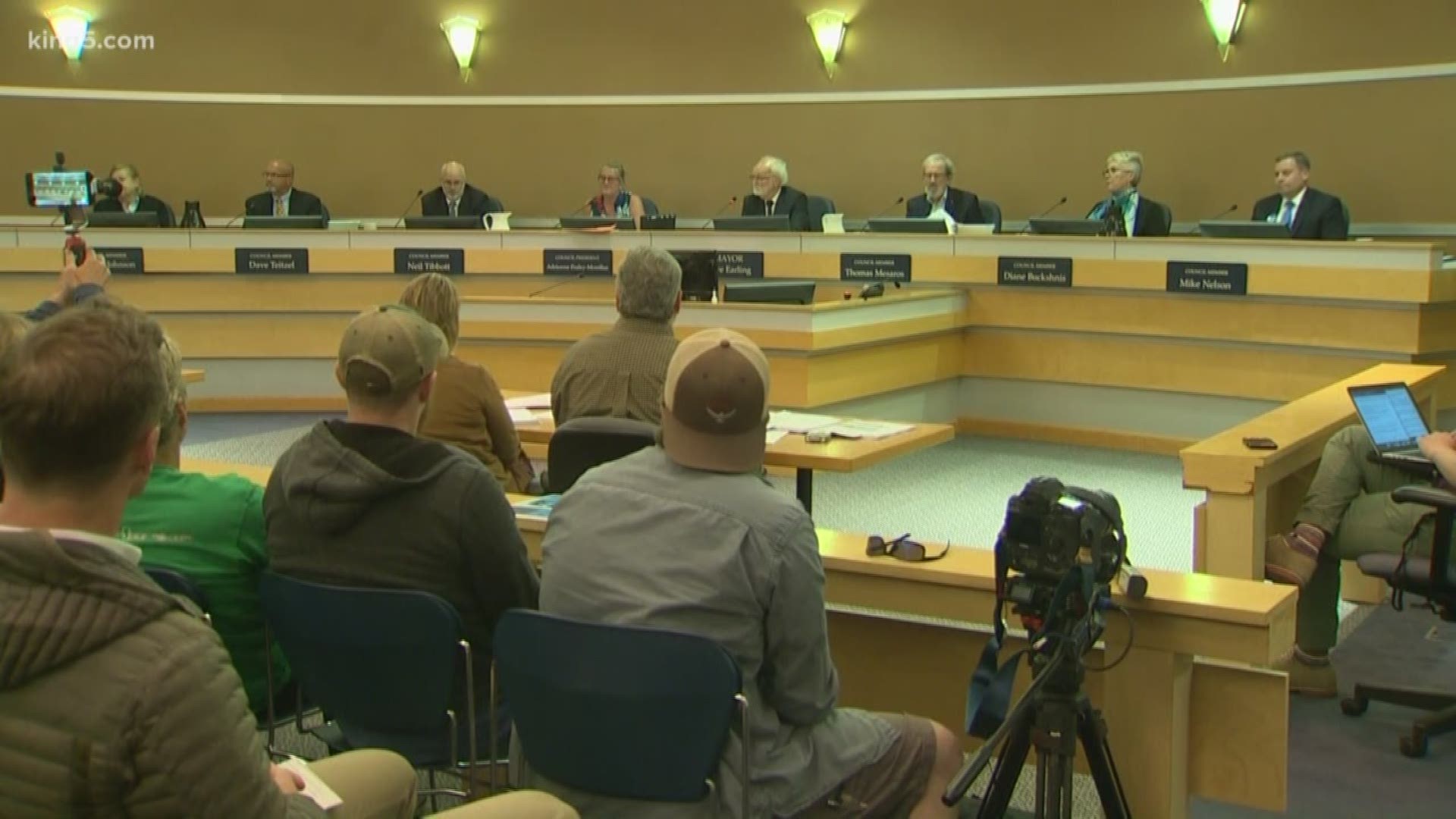 EDMONDS, Wash. — The Edmonds City Council voted to stop plans for a controversial project to put a concrete overpass along part of the waterfront. Four council members voted to halt the 'Waterfront Connector' bridge project, while three members voted in favor of the overpass.

The proposal will not move forward as originally planned, but it's unclear if the project is altogether stopped. A "yes" vote on Tuesday night would have allowed the city to start doing design work and authorize an environmental study.

The overpass was proposed as a way for emergency vehicles to reach the beach in the event a train was stopped on the tracks. Currently, the Edmonds waterfront is cut off from the rest of the city by increasingly busy train tracks.

The number of train crossings is expected to double over the next 10 years to about 80 per day, which means delays getting to and from the waterfront will also increase.

About 100 emergency calls to the waterfront happen every year, some involving ambulances and fire engines that get stuck waiting for a train to pass.

More than 8,000 people signed a petition to try and stop the project because of concerns over the size, views and the environment.

The connector bridge would have extended from Sunset Avenue, north of the ferry terminal, and spaned about 600 feet over the beach at Brackett's Landing, effectively putting a $27.5 million roof over a section of the waterfront. It would also have allowed pedestrian access to the beach.

Edmonds Councilmember Kristiana Johnson said with the increase in growth, the ramp was needed for safety reasons. The city has studied, debated and considered the issue for years.

Cam Tripp has led the charge to stop the project with Save Edmonds Beach. Tripp and his family believe the waterfront is too precious to be altered with a concrete overpass.

"When you see what they're gonna do there, it's a visceral reaction," Tripp said. "It's a human thing where you say, 'Don't do that to our beach. Over my dead body!'"

The beach is also considered a marine sanctuary. Marjie Fields of the Sierra Club said, "Just during the construction, you can imagine how difficult it would be not to do serious, permanent damage to this pristine place."

Other options have been considered over the past seven years, but ferry and fire officials believed the Waterfront Connector would be best.

Councilman Teitzel acknowledged it was a tough decision.

"I have to respect our officials. I also have to respect the input we're getting from our citizens. We have to take all that into consideration as we get ready for our vote."

Tuesday's "no" vote at the council meeting effectively stops the project for now. A "yes" vote would not have meant approval for the Waterfront Connector. It would have authorized payment for about a year of engineering and environmental reviews.

Had it passed, there would have been at least two additional city council votes before construction would have started in 2021. 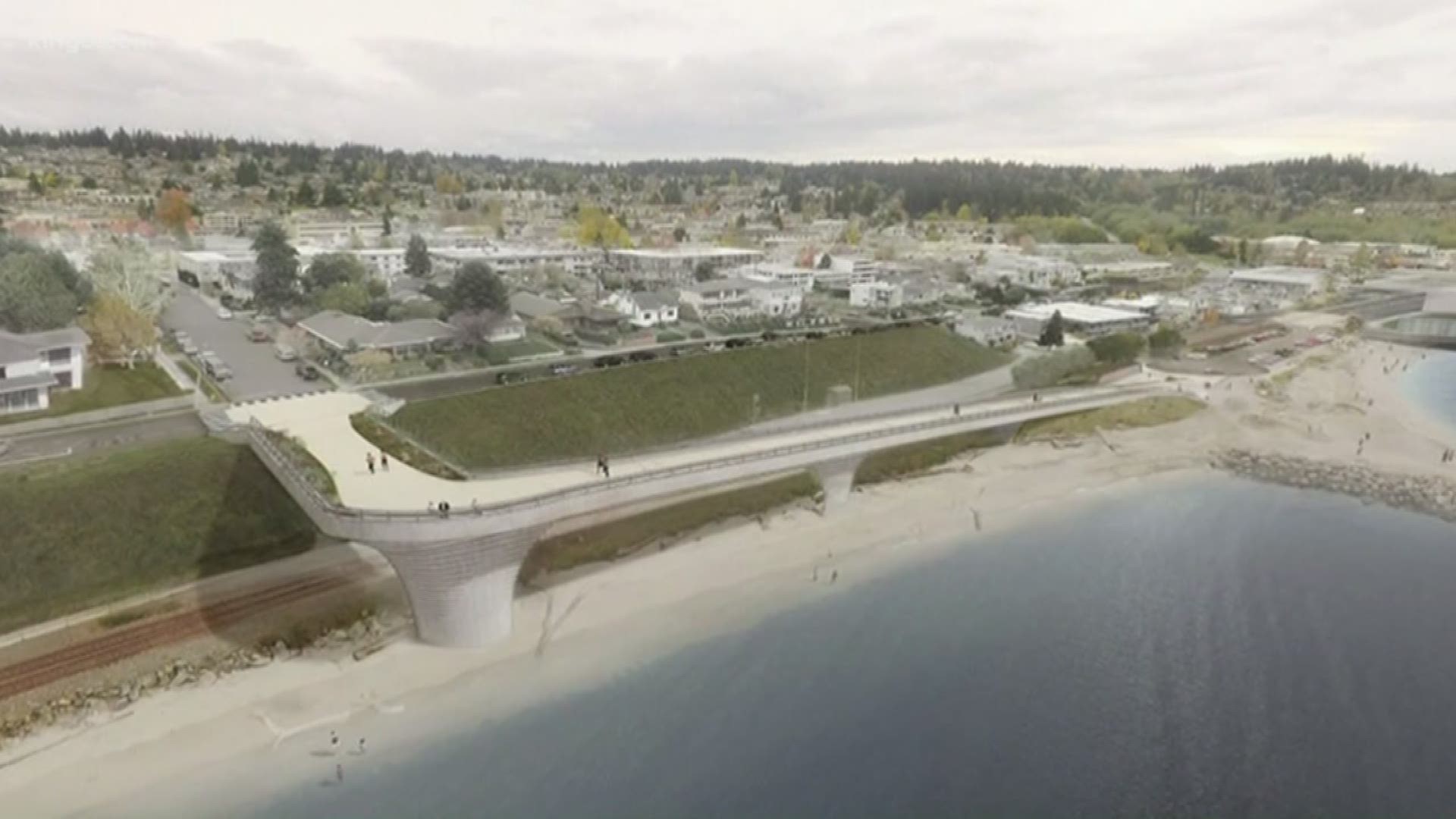 Erin and Jeff Beck said the Edmonds beach was a favorite for their family.

"It's the combo of the train, the ferry, the beach and the ice cream shop across the street. It's perfect, it has everything you need.”

Long-time resident Rowena Rohrbach understands why they would want the emergency access, but says the cons outweigh the pros.

“I would hope they wouldn't do that because I would think they would destroy the natural charm of the environment.”

The Beck family worries about the impact on the size and if they would still be able to enjoy the beach here.

“I don't know what it would do to the parking situation, it's great to be able to park right next to the beach, when you have three small children and all the paraphernalia that comes with it."

The Edmonds City Council holds public hearings from 7 p.m. to 10 p.m. on the first and third Tuesdays of each month.