A team from NASA arrived in Seattle, Sunday, and is preparing to study and photograph Monday’s eclipse from high above the Pacific Northwest. 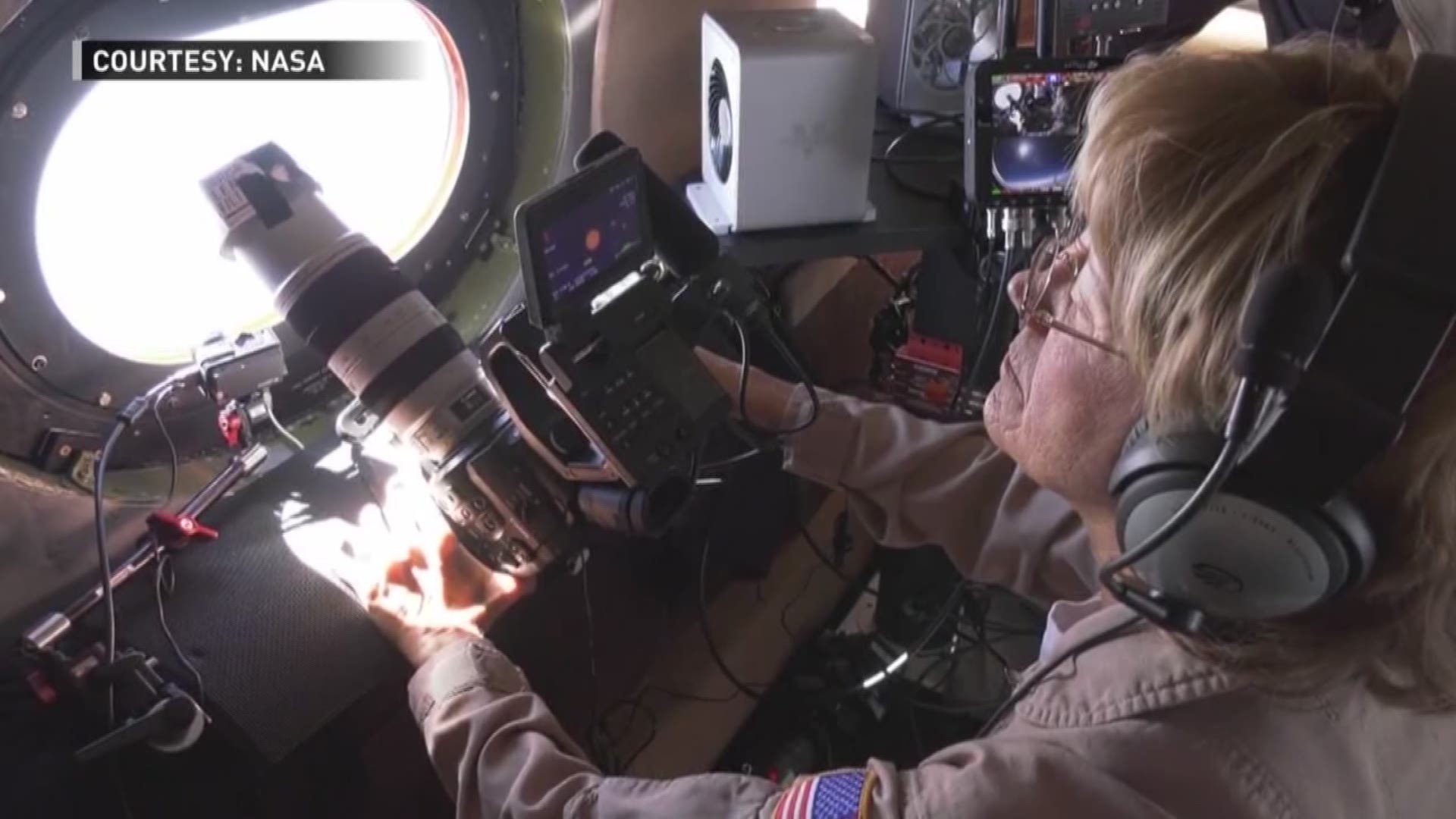 A team from NASA arrived in Seattle Sunday and is preparing to study and photograph Monday’s eclipse from high above the Pacific Northwest.

The NASA Armstrong Flight Research Center will use a specially modified aircraft to capture a stunning view of the event and stream HD video to viewers around the globe.

“Today we flew over the exact locations at the exact same times and everything worked out ok, so I'm pretty confident that we'll be able to execute this tomorrow,” said Troy Asher, research test pilot.

NASA installed special photo quality optical windows just for the eclipse, which will allow its photographers to capture crystal clear views of the eclipse. The jet will stream video footage to a station on the ground in Oregon, which will send the video out to a global audience.

“It's going to be the most observed such event in history,” said Thomas Zurbuchen, associate administrator for NASA’s science mission directorate.

A team of researchers will conduct a set of experiments onboard the jet, measuring the sun's radiation, heat, and light levels.

“The innermost atmosphere of the sun is where most of the activity comes from, and we actually can't observe it very well, even from space, and so by the moon blocking it for the one and a half hours when the shadow goes across the U.S., we have a unique vantage point on that atmosphere, on that corona, that we normally don't get,” Zurbuchen said.

The airplane is part of a network of sophisticated tools, including 50 balloons and 11 spacecraft, which NASA is using to study the rare eclipse.