Snohomish County deputies responding to reports of shots fired were led on a high-speed chase to Seattle which ended in a deadly crash Thursday morning. 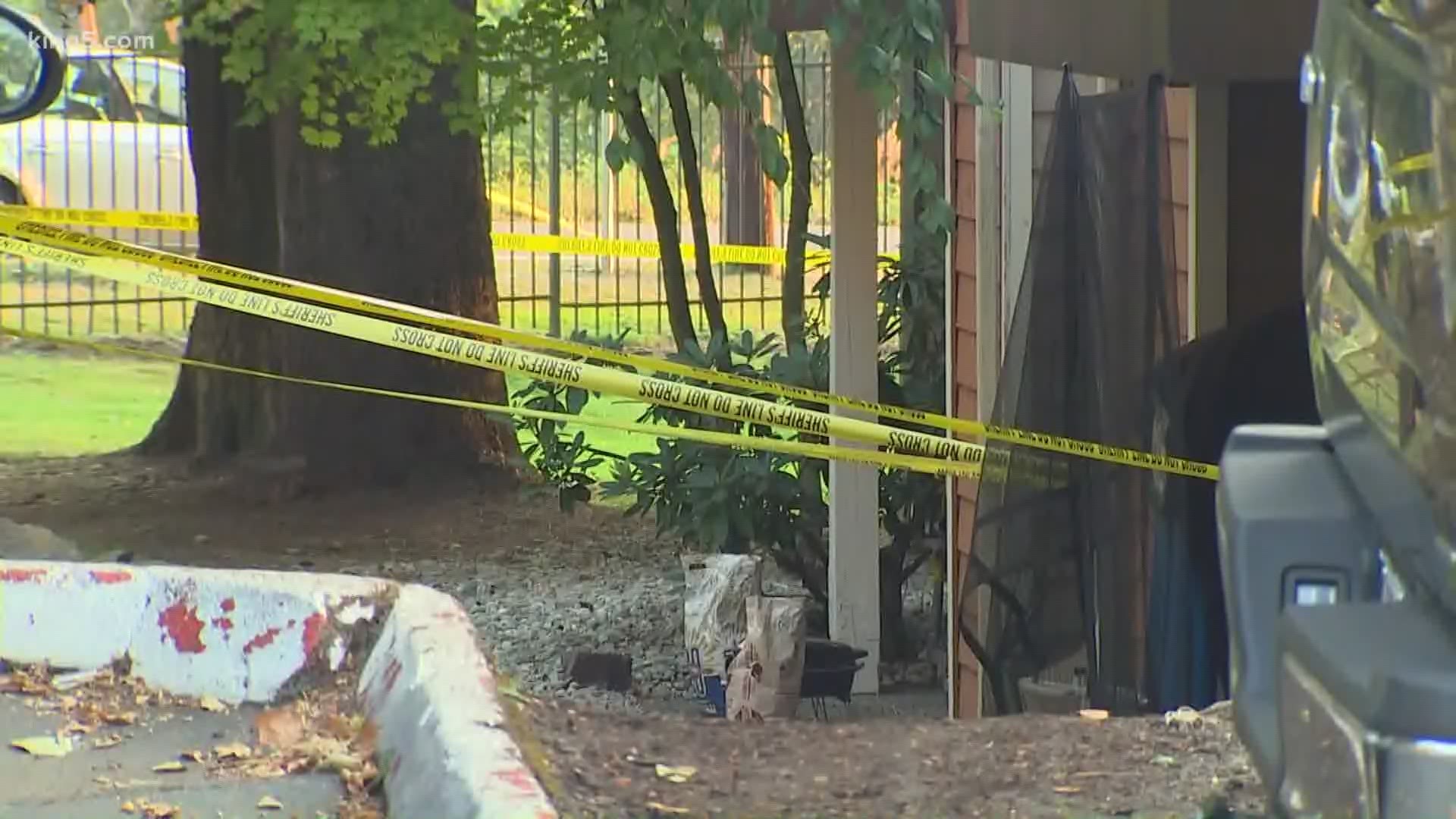 SEATTLE — What began with reports of shots fired at an apartment complex in Lynnwood ended in a fatal crash in Seattle early Thursday morning.

Snohomish County deputies responded to reports of 15-20 shots fired in the 14800 block of Admiralty Way around 12:45 a.m.

When they arrived, deputies found a vehicle fleeing fro the area "at a high rate of speed."

Police chased the vehicle onto southbound I-5 where it continued until exiting at NE 145th Street. The vehicle was traveling at approximately 90 mph in the oncoming lane of traffic when deputies ended the pursuit.

The vehicle crashed shortly after near 36th Avenue NE and NE 145th Street.

One of the suspects in the vehicle, a man, died at the scene of the crash. A second suspect fled on foot. That person is still on the loose.

The vehicle was stolen, according to the Snohomish County Sheriff's Office.

It is unknown what led up to the shooting.