Facing Race travels to Eastern Washington where a family-run farm is taking a big step in what has been a historic relationship with the Yakama Nation. 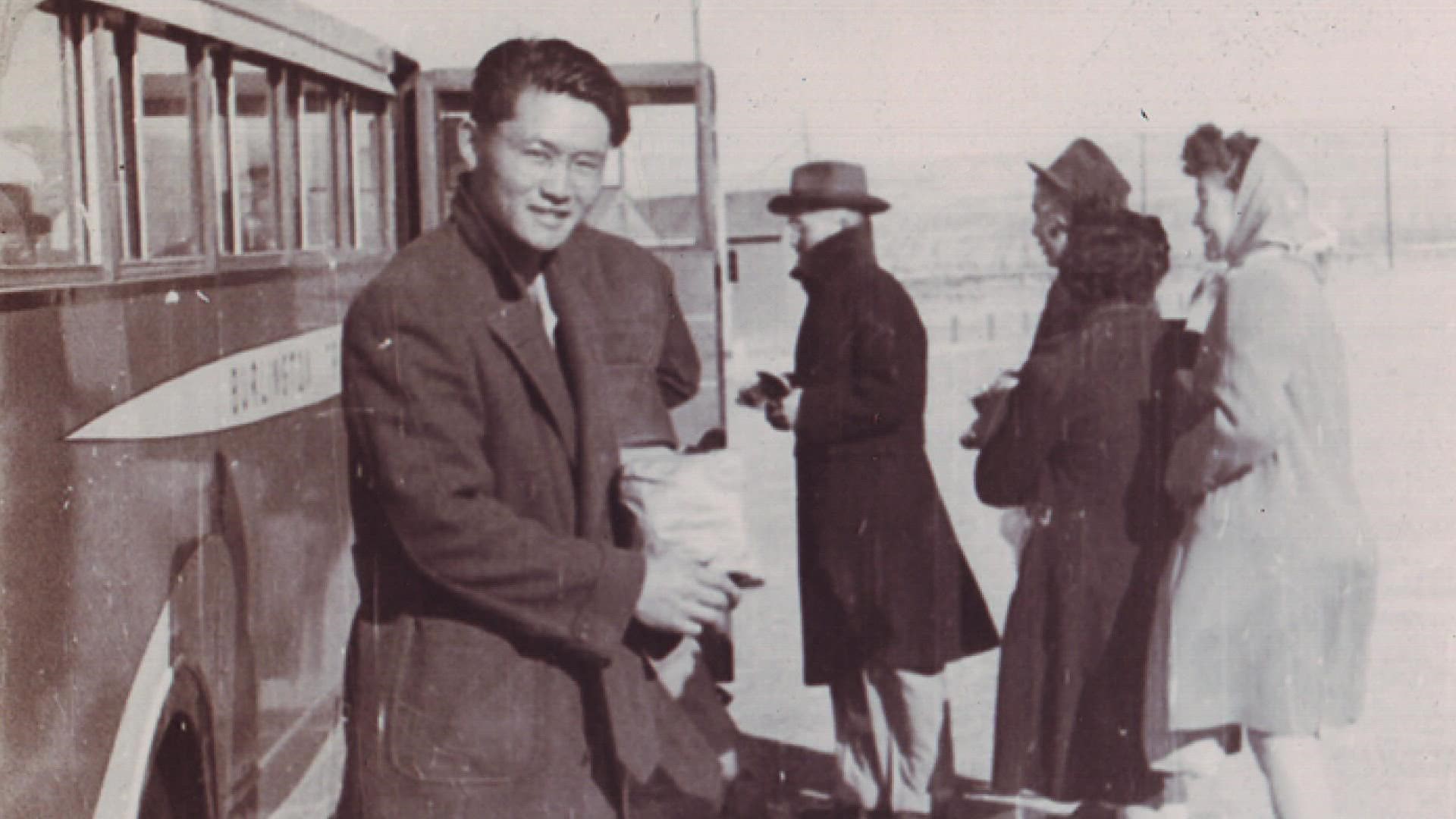 YAKIMA COUNTY, Wash. — Lon Inaba, a third-generation farmer, says the family business has seen plenty of challenges. However, in recent years, he’s put a focus on finding the right way to end their family’s farming era and honor a historic relationship at the same time.

"I think we are trying to right some wrongs that have been done in society,” said Inaba.

The 1,500-acre farm Inaba’s family has been running is located on the Yakama Indian Reservation. That is where tribal member Phil Rigdon is the Superintendent of the Department of Natural Resources for the Yakama Nation.

"There's a lot of history that goes into the relationship on how their farm started,” said Rigdon.

The relationship between the Yakama Nation and a family business started after Inaba’s grandfather arrived in the Yakima Valley.

"My grandfather came in 1907 from Japan,” said Inaba. “If you are Japanese, you are an undesirable alien.”

At the time, it meant his grandfather could not buy land.

"They're looking for a place to start farming, and we had a tribal member that had land that was not being farmed,” said Rigdon.

The family was offered a lease agreement, and work started right away. But in the 1920s, Washington Alien Land Laws brought more limitations.

“They said, if you're Japanese, you can't lease land,” said Inaba. “Some native landowners, they would say, you know, they're friends, and they said, hey, don't worry Inaba, you can lease my ground.”

They kept their working relationship going, but more scrutiny came during World War II when the Inaba family was among the more than 120,000 people of Japanese descent forced into internment camps.

“But they persevered,” said Inaba.

Eventually, the Inaba family made their way back, and Inaba Produce Farms kept thriving. Today, Inaba, a third-generation farmer, still sees more wrongs that need to be made right, like one in five children in the area without enough to eat. The nonprofit Feeding America found in Yakima County; more than 15,000 kids are experiencing food insecurity.

“It's sad that you see people without food in an area that we have plenty of food that we're throwing away,” said Inaba.

He's talking about good produce that might not look perfect and meet grocery store standards. Instead of tossing it, Inaba has sent it to Northwest Harvest, a hunger relief agency.

“That fits well with: use everything,” said Rigdon, a sentiment that means a lot to Inaba, especially after what happened earlier this month.

“They have purchased our farm,” said Inaba. “My mother, she said if we're going to sell to anybody, I'd like to sell to the tribe.”

Now this business belongs to the Yakama Nation.

“It’s the opportunity to have good, sound vegetables right here on our own reservation, right here where it's being grown all the time, and now we can be the owners of it,” said Rigdon.

“Really, this ground is on their reservation, and they really are the ones who deserve to be farming the ground,” said Inaba, who adds that it was the right move to make.

“It is a way to say thank you for taking care of us," said Inaba.

KING 5’s annual Home Team Harvest drive to benefit Northwest Harvest is underway. This year’s goal is to raise 21 million meals. Ways to donate: Online at king5.com/hometeamhavest, text “HOMETEAM” to 41444 or starting Nov. 1, visit your local Safeway or Albertson’s to give $5, $10 or $12 toward grocery cards.

Watch the Home Team Harvest broadcast special on Dec. 4 at 10 a.m. on KING 5, king5.com and the KING 5 mobile app.