The crew of the Polar Star is preparing for a rare mission north to the Arctic after COVID-19 scuttled their usual journey to Antarctica. 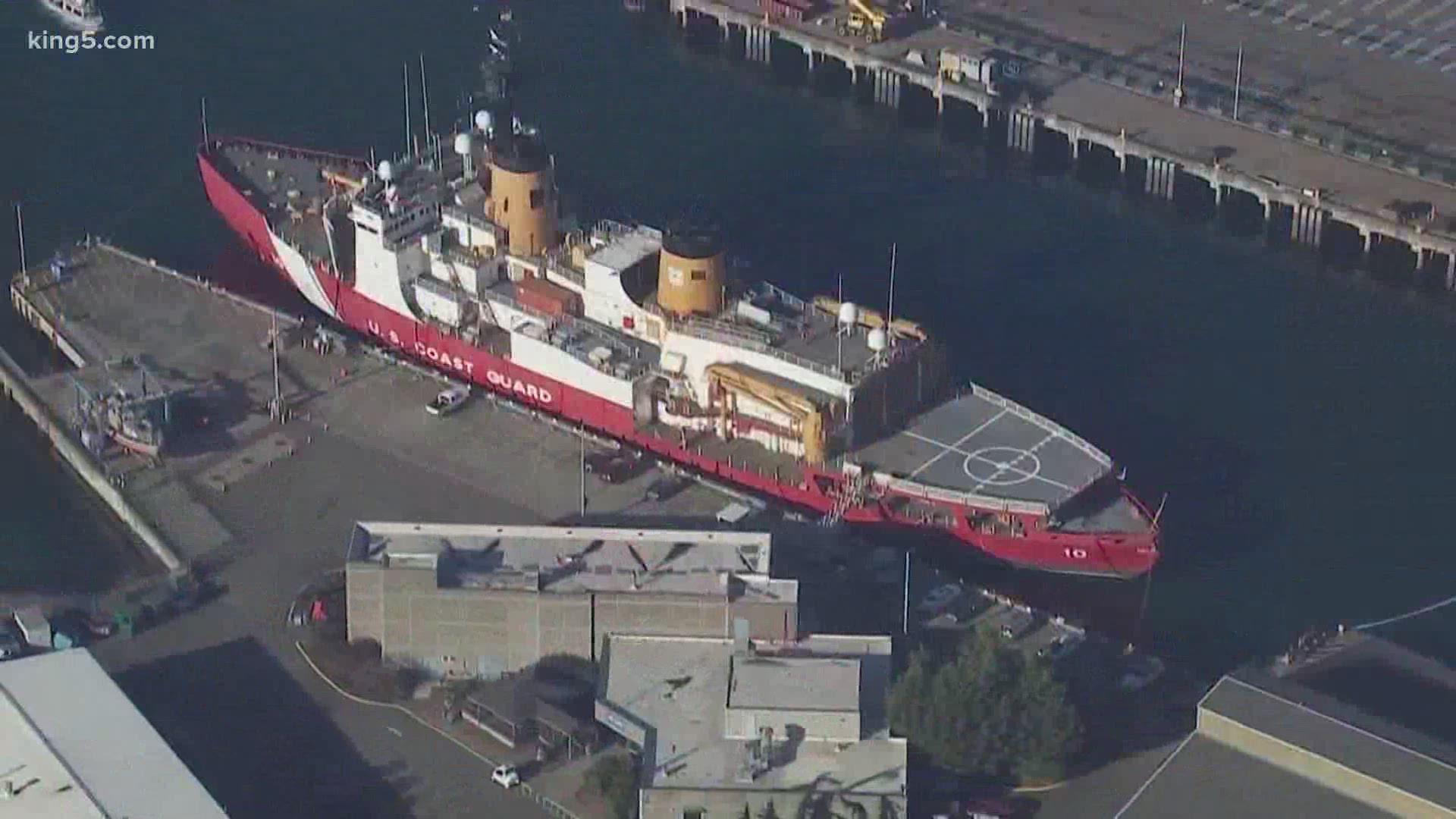 SEATTLE — The crew of the Polar Star, the U.S. Coast Guard’s only working heavy-duty icebreaker, is preparing for a rare mission north to the Arctic after the coronavirus pandemic scuttled their usual journey.

The Seattle-based Polar Star usually heads south to Antarctica to resupply a research station, but there’s no escaping the impacts of the COVID-19 pandemic, even in one of the most remote corners of the planet.

“The U.S. Antarctic program really scaled back their operations in Antarctica. They postponed or delayed most of the science that was going on, and they strictly limited the number of people that were traveling to the continent,” said Captain Bill Woityra.

The crew are in strict quarantine and are taking COVID-19 tests to ensure no one brings the virus onboard prior to their Friday departure.

The ship's crew will be in their own bubble for three whole months. No visitors will be allowed, and they won't see anyone else until they return to Seattle in late February.

The new mission comes at a delicate time for foreign relations in the Arctic. The U.S. earlier this year accused Russia of harassing American fishing boats in U.S. waters.

“I think that this mission should send a pretty strong and clear message to the entire world that the Arctic is important to the United States and that we're not giving up on it. We're going to invest in it, and we're going to continue to pay attention to it,” Woityra said.

The Coast Guard’s other challenge will be just keeping the 44-year-old Polar Star moving. It’s had some serious mechanical failures in recent years and a replacement is long overdue.

Construction has started on a new ice breaker and it should be commissioned in Seattle by 2024, a Coast Guard spokesperson said.

For the crew of the Polar Star isolated in the Arctic darkness, their new course will be like a trip back in time.

“We're going to take the masks off. The social distancing will end," Woityra said. "It'll be like living in 2019."