Spiffy's Restaurant and Bakery in Chehalis is continuing to keep indoor dining open, despite Gov. Jay Inslee's orders, and the establishment is gaining support. 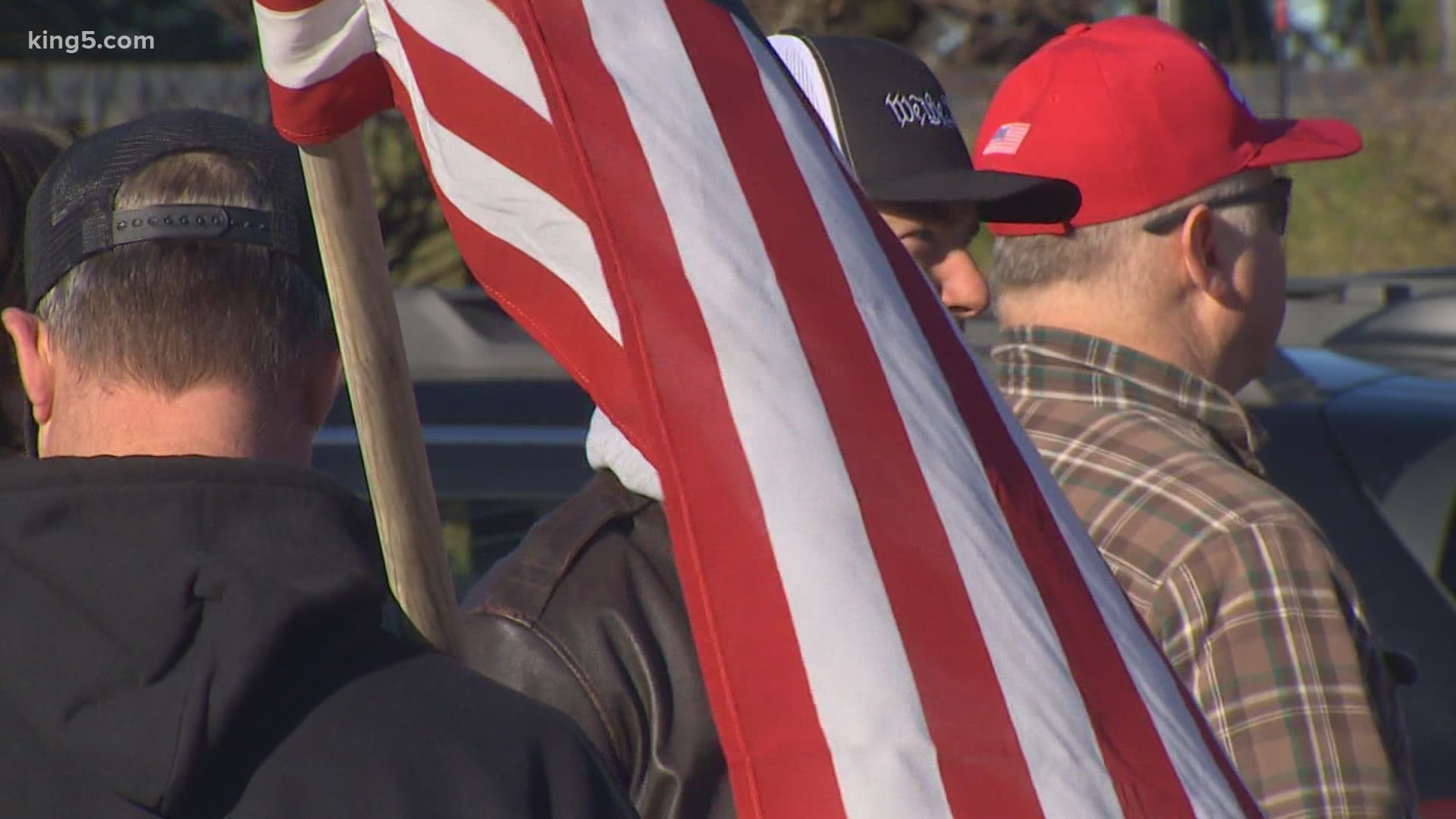 LEWIS COUNTY, Wash — Spiffy’s Restaurant and Bakery in Chehalis opened its dining room Monday against the governor's order prohibiting indoor dining, and the establishment has been gaining a lot of attention ever since.

Crowds of supporters have made for one of the busiest weeks in the restaurant’s near 50-year existence.

The owner, Rod Samuelson, said the state told him to shut down, but he has kept the restaurant’s dining room open to keep his staff employed. Samuelson also admitted it was an attempt to protest the governor's order.

His parking lot has been full of supporters.

"I came here to support the business and go in and have a seat," said Woody Wood, who made the drive from Portland on Friday to eat at the restaurant. "Who's got the bigger gonads to go forward with it is what it takes right now."

Eddie McNally, who owns McFiler's Bar in Chehalis, came out on Friday not to eat, but to "see what the fuss was about."

He said following the latest restrictions have caused his business to slow down, "slower than the first shutdown."

What did he think about Spiffy’s reopening indoor service?

"It’s kind of annoying, to be honest," said McNally.

As the state threatens business owners who violate the latest COVID-19 restrictions, Washington state House Minority Leader Rep. J.T. Wilcox is questioning what he calls the "selective enforcement" by state and local authorities.

"Respect for the law should be something that is universally enforced," said Wilcox, R-Yelm.

Last month, Gov. Jay Inslee blamed the new restrictions for businesses on an increase in COVID-19 cases across the state. He ordered all gyms closed and limited bars and restaurants to outdoor service only.

The state’s Department of Labor & Industries (L&I) has since sent warning letters to business owners who ignore the order. Owners have been threatened with fines and criminal charges.

Wilcox did not criticize the agency’s efforts, but said the state and other agencies seem to choose when to enforce laws. He cited summer riots in Seattle and Olympia.

"There’s been times when people have just been allowed to destroy things with no consequences," said Wilcox.