Nikki and Brent Pritchard overcame the odds, battling cancer and tackling in vitro fertilization, all to have their healthy baby finally arrive. 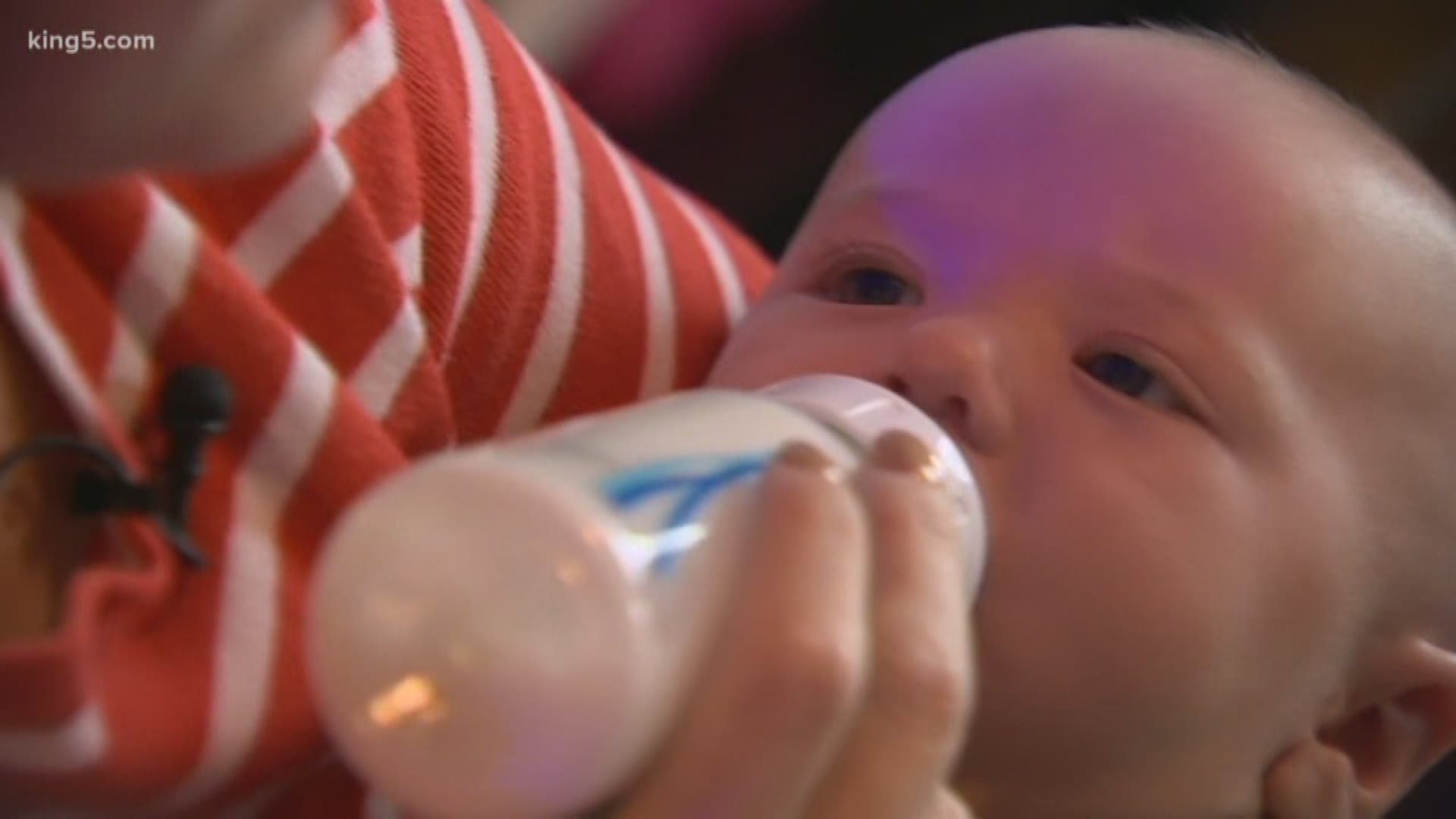 SEDRO-WOOLLEY, Wash. — Nikki and Brent Pritchard always wanted a baby to call their own, but just as the couple started planning for their family, Brent was diagnosed with cancer.

"My first thought was, what if I die? What is she gonna do?" said Brent.

The good news from doctors was Brent's cancer was very treatable. However, the treatment would leave him sterile and in vitro fertilization would cost $35,000.

The thought of starting their family seemed impossible.

"I felt like just giving up on that part," said Nikki. "I should just let it go."

But something wouldn’t let her.

Another family member started a GoFundMe campaign for Nikki and Brent that raised nearly all the money needed for Nikki's in vitro procedure. That turned out to be the easy part.

Also see | Gina's Story: A message of hope after cancer and a miscarriage

The couple had just two weeks to finalize the procedure before Brent started treatment. The first few attempts to fertilize an egg failed.

Finally, though, the procedure was a success and Nikki got pregnant, but there were more complications.

Nikki suffered what she thought was a miscarriage eight weeks into the pregnancy.

"I was devastated and terrified," she said.

Fortunately, that turned out to be just a scare, and on Brent and Nikki’s 14th wedding anniversary little Brentlee Pritchard was born, healthy and happy.

Now after all they've been through, it's still hard for the mom and dad to believe.