The professional skateboarder spent 10 days in an RV, visiting skate parks throughout the west. #k5evening 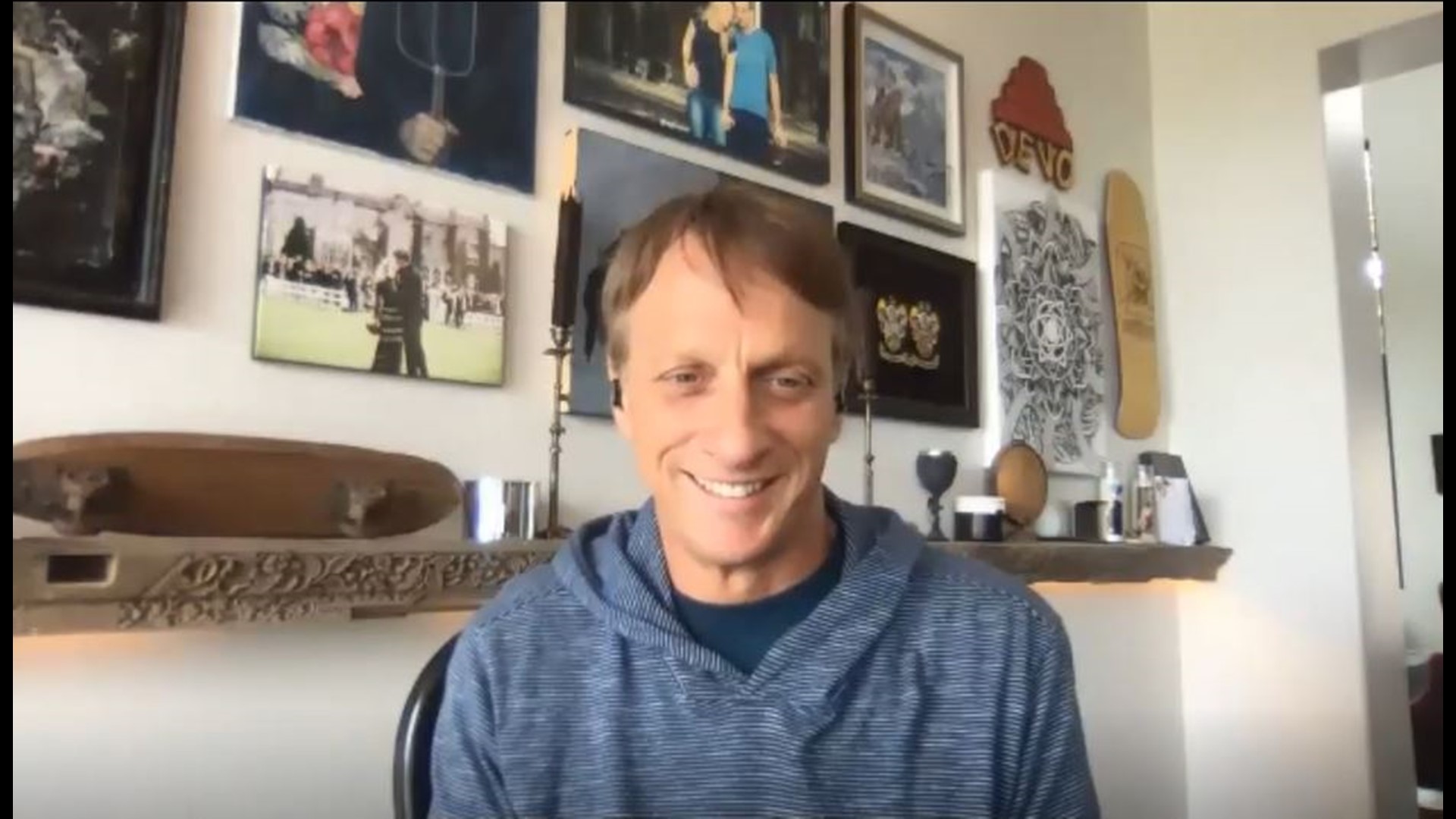 SEATTLE — Skateboarding legend Tony Hawk is a lifelong Southern Californian, but his connections to Seattle include business, family and brand partnerships.

A few years back, he visited the then-new Jefferson Skate Park.

"That's a fun park. Seattle has a great skate scene, it's really cool,” Hawk said. "My 19 year old goes to college at Cornish, so we have another connection."

He's also partnered with Seattle-based Jones Soda for years, and recently took them up on the offer of an epic road trip with his family.

"It was something we had thought about before everything was locked down,” he said. "And (Jones Soda) said, ‘Take our RV,’ and the RV that I had lined up was not nearly as nice as theirs, so I was thankful for that. And we could all sleep in it. I was lucky that they offered it to me, and lucky that all my kids agreed to go (laughs)."

Credit: Tony Hawk
Tony Hawk and his family spent 10 days on a road trip inside the Jones Soda RV.

The Hawk family spent 10 days on the road, visiting skateparks and unlikely places to land a kickflip – like a bison ranch in Montana. It was connected to the soda brand’s #ItsMyCraft campaign, which invites people to share images of their own “crafts” for a chance to be featured on a label.

Hawk said the trip went smoothly, though there were a couple of Clark Griswold moments.

"There was one time we had to go down a dirt road for about 10 miles, so the entire interior was covered with dust,” he said. "We definitely had an Uncle Eddie moment when the 'black water' was full."

“My only secret is that I never really quit, I never stopped for an extended period of time,” he said. “But I do have to say, if there's something that's been affected all along it's my neck. For sure. I'm one of those guys that when I turn, people go 'what's wrong with your neck?' Uh, 40 years of whiplash I guess?"

He said he’s been surprised by the increase of skateboarding during the pandemic. Sales of his brand, Birdhouse Skateboards, are soaring – and he gets tagged regularly on social media with videos of fans getting into the sport for the first time.

"I think these days, it's just a totally different perception of what skating is, and (people) realize the positive effects it can have on youth. I mean it's going to be in the Olympics next year,” Hawk said. “It's a totally different era, and I'm thankful for that.”