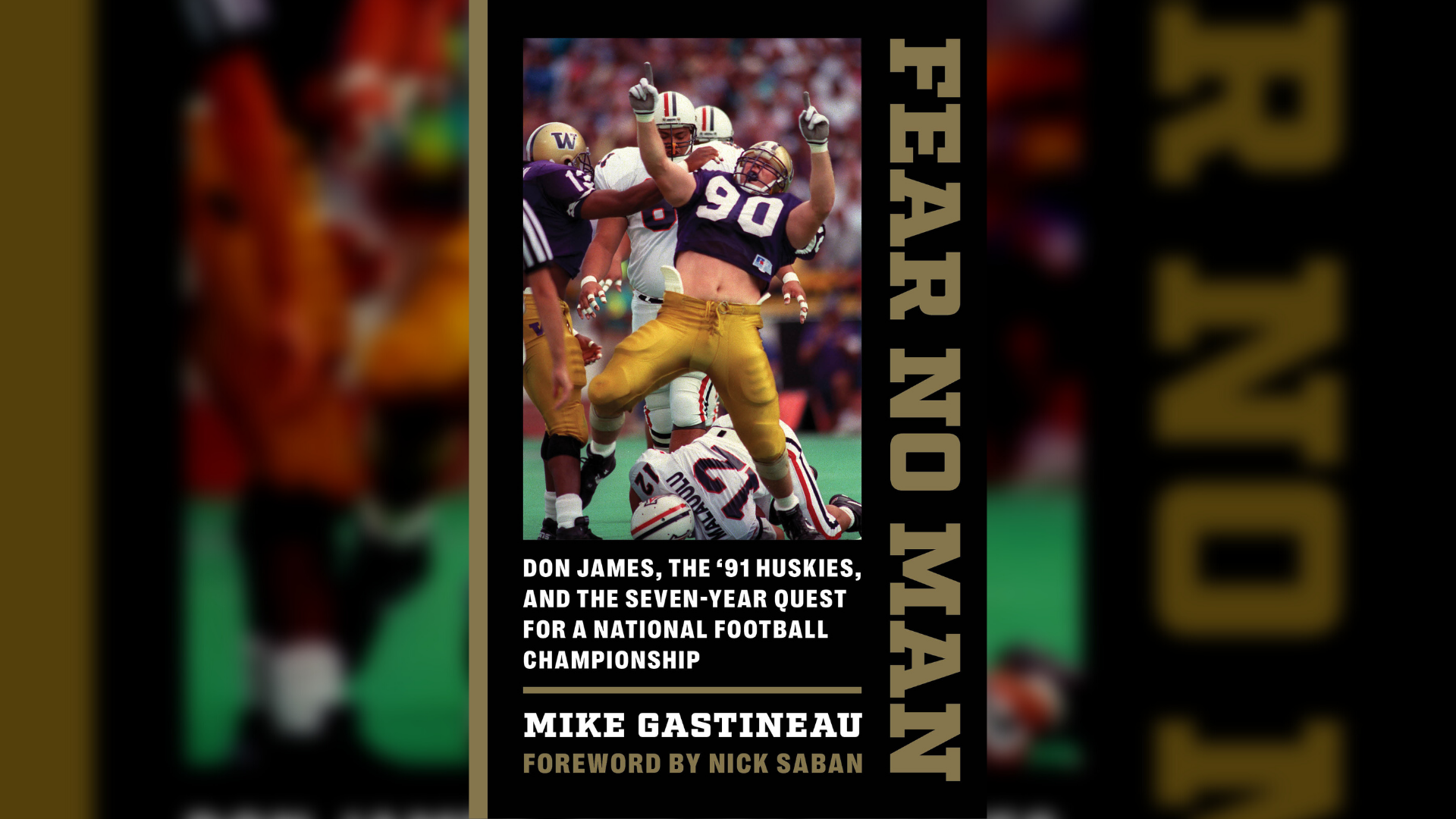 For longtime Seattleites, the 1991 University of Washington football team was a huge deal for the university.

Sportswriter Mike Gastineau is out with a new book called "Fear No Man" all about the '91 team and its coach, Don James.

Gastineau, joined New Day NW to talk about the legacy of the team, Don James' career, and his new book, “Fear No Man.”

In 1984 the University of Washington Huskies won every game but one, ranking second in national polls. For most coaches, such a season would be a career pinnacle. But for Don James second place motivated him to set aside what he knew about football and rethink the game. James made radical changes to his coaching philosophy, from recruitment to becoming one of the first college teams willing to blitz on any down and in any situation. His new approach initially failed, yet it finally culminated in one of the most explosive teams in college football history.

In “Fear No Man,” Mike Gastineau recounts the riveting story of Don James and the national champion team he built. Undefeated, the 1991 Huskies outscored opponents by an average of 31 points per game on their way to winning the Rose Bowl and a national championship. The team included twenty-five future NFL players, and in Gastineau's gripping account they come alive with all the swagger and joy they brought to the game. A brilliant examination of one of college football's greatest coaches and teams, “Fear No Man” is the inspirational story of an improbable journey that led to one classic and unforgettable season.