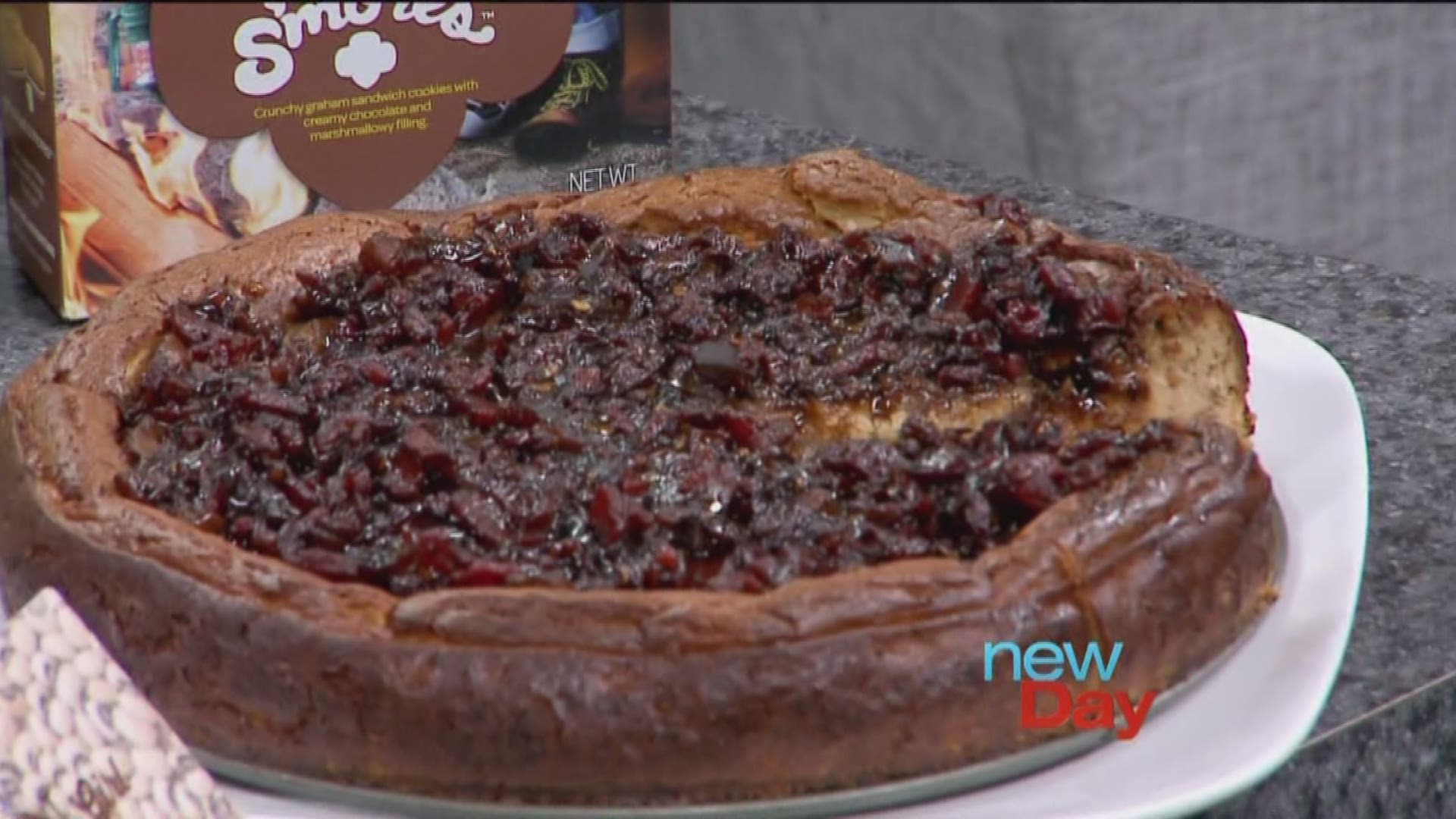 2017 marks Girl Scout Cookie's 100th anniversary! Samoas, Savanna Smiles and Thin Mints have long held a place in our hearts and our tummies; not only for the taste but also because they play an enormous role in transforming girls into G.I.R.L.S. (Go-getters, Innovators, Risk-takers, Leaders)™.

Chef Kristi Brown from That Brown Girl Cooks and Stefanie Ellis from Girl Scouts of Western Washington give us a preview of the gala with Kristi's Black-Eyed Pea Hummus Cheesecake with Trefoils Crust and a Minted lamb mole with Savannah Smiles corn pone.

Add cornmeal to a bowl. Pour in 1/2 cup water and let soak for 5 minutes.
While the cornmeal is soaking, add the remaining 2 cups of water to a sauce pot along with the red pepper flakes. Cover and bring to a boil.
Pour in soaked cornmeal as well as any liquid in the bowl, to the boiling water. Lower the heat to simmer and whisk to avoid lumps.
Cook covered for 15 - 20 minutes.
Remove the pot from the heat, season with salt and pepper to taste, stirring until fully incorporated.