U.S. Air Force Veteran and Paralympian's road to recovery was the road itself 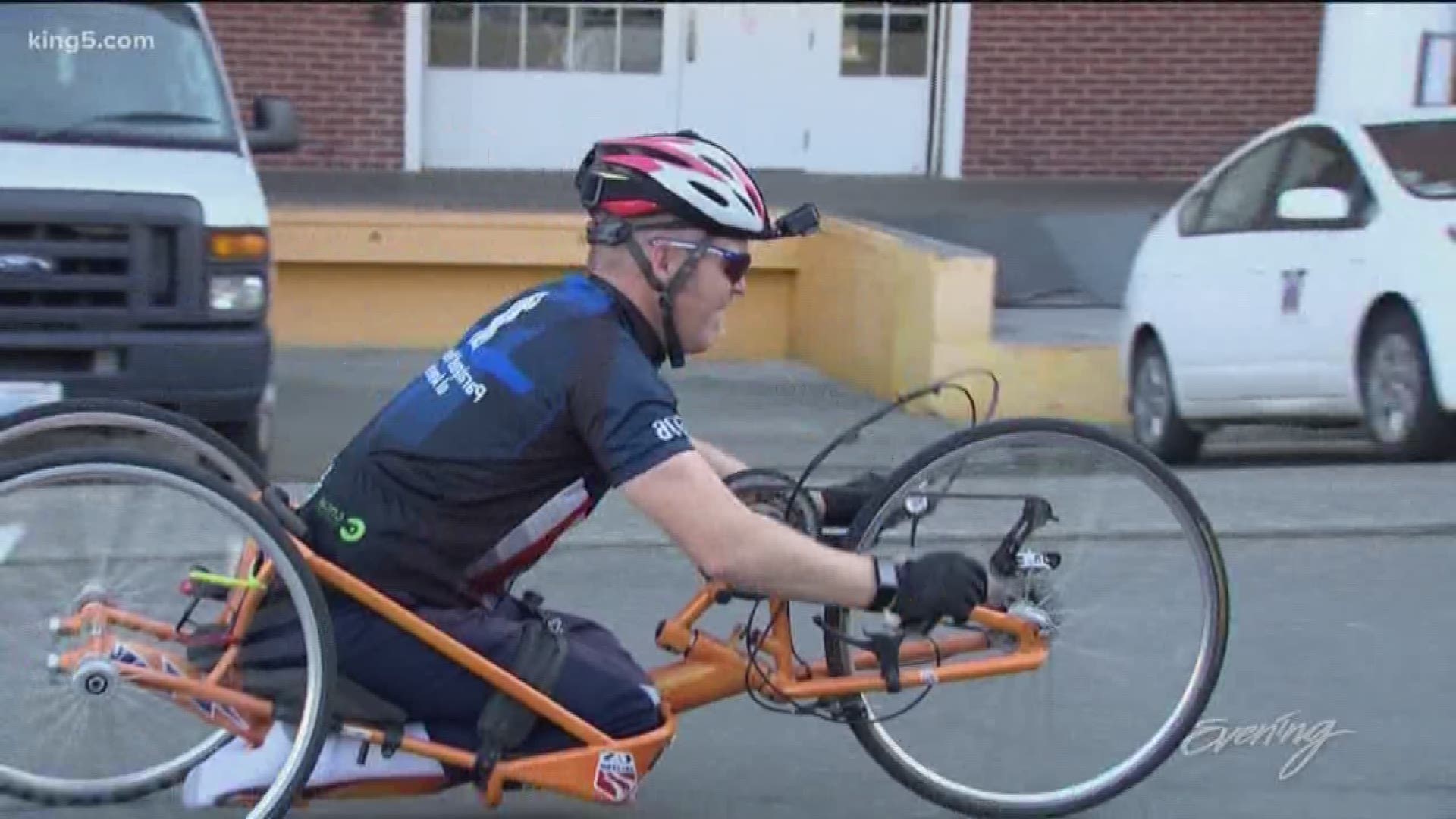 SEATTLE — In 1998, Sean Halsted was serving in the U.S. Air Force. One day during combat training, he fell 40 feet out of a helicopter and damaged his spinal cord. “All I remember is reaching for the rope, and the next thing you know I'm on the ground and my back hurts, and I wanna stretch it out, and they're tellin' me to lay flat and wiggle my toes."

He could no longer walk. At first, Sean blamed himself. He felt like his life was over. Before the fall he was a long-distance runner, skier, and rower. In the Air Force Combat Control he scuba dived, slid down ropes from helicopters, and even climbed Mt. Rainier.

Post-injury, "I had to learn things I learned when I was two."

During rehab at the Seattle V.A. Hospital, he was introduced to a hand-cycle, which seemed impossible at first, "But then you do it. And then the endorphins kick in. Then for me, the competition kicks in".

His new wheels replaced the pain-killers he thought he couldn't live without, "You don't wanna be drugged up. You want to actually work as your natural, physical body should work. Plus the endorphins kick in that are doing what that opiate did."

One day an Army guy at the V.A. called him, "Chair Force," and that was it. "That motivated me to go, like, oh really dude? Let me show you what this "chair force" guy can do."

"Aim for the stars OK yeah true. But be OK with not hitting the stars every time. And eventually, maybe you will."

Sean shows us that we never know what the road to recovery might be, but sometimes its as simple as riding a bike.