Go on a Safari-themed or Moroccan getaway -- less than a couple hours outside of Seattle. 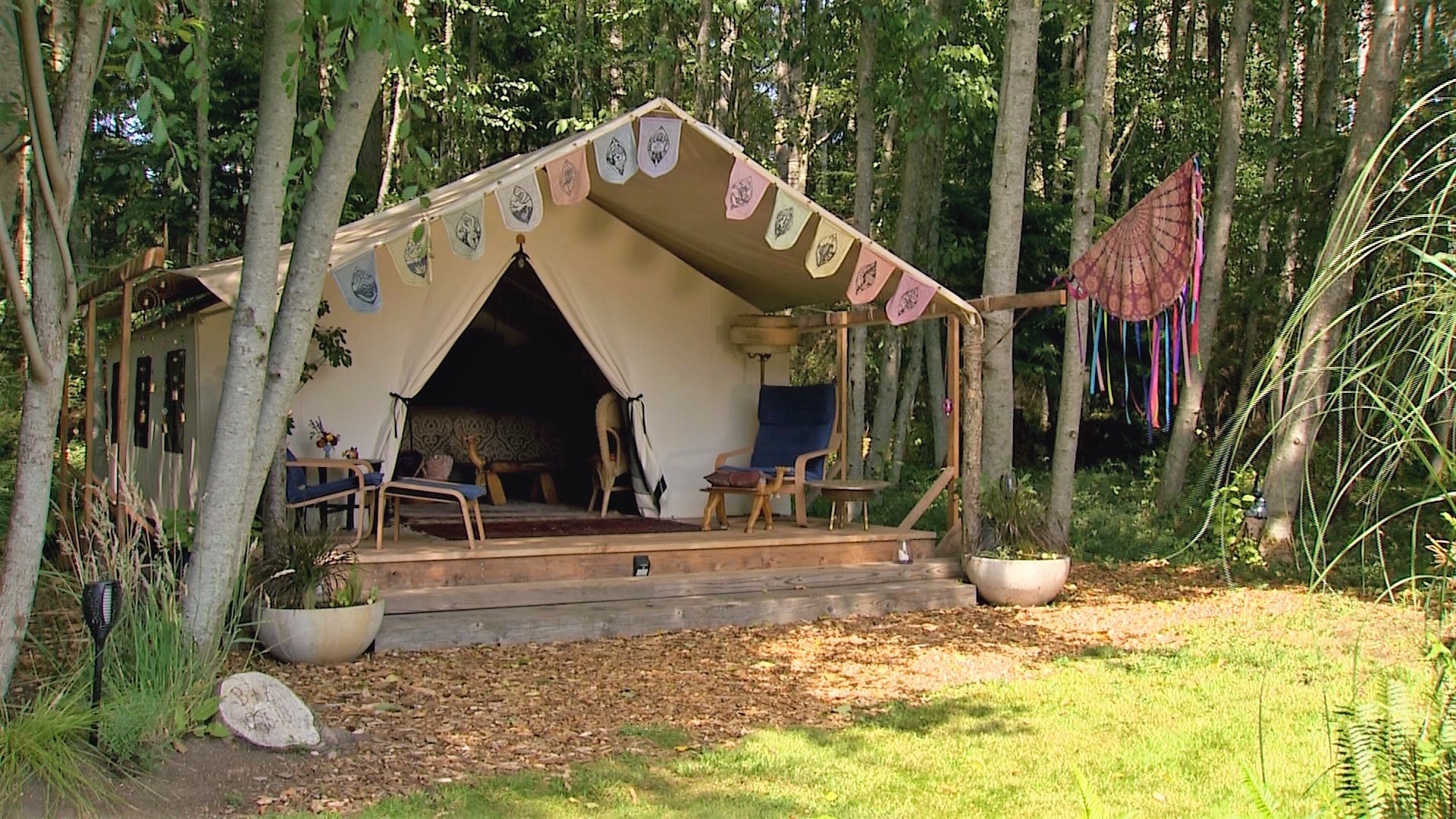 By first glance, you might think this campsite is in North Africa... but it's actually in Whidbey Island! In actuality, it's just a tent in Denise and Ron Vanausdoll's backyard, but they've turned it into something special.

"When you're inside, you feel like you're someplace else," Denise said. There's an actual camel saddle used as a stool to go with the vibes.

The WT, or Whidbey Town, hasn't been opened very long, yet GLAMpers Jerry and Karen are here for the third time. They can't help but keep visiting the place surrounded by greenery and wildlife.

When Denise and Ron first decided to open the place, they sold out within two weeks. The Moroccan is one of just two tents, and that's intentional.

"We won't ever go any bigger than this. We only want to cater to four people," Denise said. It's a romantic and secluded night under the stars for couples.

The other tent is called the World Traveler, which is safari themed.

There's even a kitchen stocked with complimentary eggs from their 18 hens. Guests are encouraged to stroll through the garden and enjoy any herbs you might find. At the right time, you might even find some strawberries or raspberries.

They didn't invent glamping, but they've been at it way before it became a thing. One of their early tents was equipped with a couch and a bed.

In these two new tents, it's all the comforts without the inconveniences. For instance, yes, there is a clean and roomy restroom. And the place glows after dark with its bonfire and bar.

"All of us have busy lives and so that's one of the reasons we want to create this is just to kind of leave the kids and animals at home. Just come here and relax. We all need that," said Ron.