In Nashville you will find a mural featuring Jimi Hendrix in a guitar duel with his Nashville mentor Johnny Jones. Yes, Hendrix lived in Nashville and Nashville had a key role in the legendary musician's career. 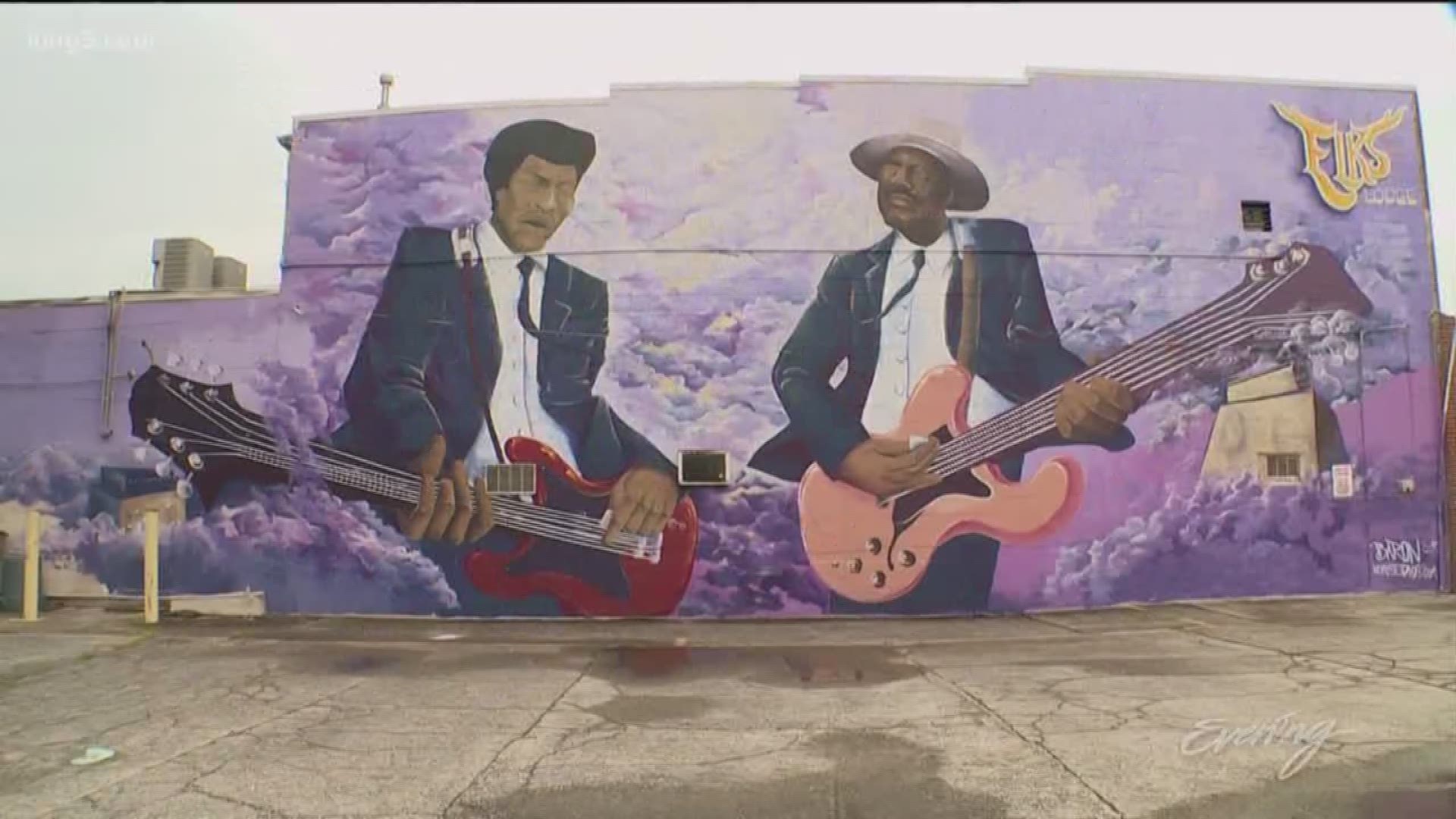 Nashville,TN — “Well Jimi always said Nashville's where he really learned to play guitar,” said Jay McDowell who showed us around a new exhibit at the Musician’s Hall of Fame, dedicated to telling the little known story of the time Hendrix spent in Music City.

“Jimi lived here before the world knew who he was,” said McDowell.

Discharged from the 101st Airborne Division at nearby Fort Campbell, Hendrix and his bass playing army buddy Billy Cox formed the King Kasuals in 1963.

They played the Chitlin Circuit and backed up singers when they came to town.

“Whether it was Jackie Wilson, Sam Cooke, or Sam and Dave, they were the band that knew the hits and could back ‘em up,” said McDowell.

Nashville is where Hendrix first appeared on TV. He can be seen behind Buddy and Stacey on a show called Night Train.

Hendrix often slept with his guitar in Nashville and learned to play behind his back andith his teeth.

“There's a lot of stories about Jimi doing recording sessions here and the producer would just say that's too far out and would wipe his guitar off the recordings,” said McDowell.

By coloring outside the lines, Hendrix would become the world's highest paid rock musician by 1969.

To this day he is considered the greatest rock guitarist who ever lived.

“When you listen to his music you're hearing him more so than just a guy playing a guitar,” said McDowell.