Seattle's Fuchsia shoes wants to be the next Toms

Afshan Abbas is co-founder of Fuchsia, a Seattle-area startup that's making one of a kind shoes in Pakistan and selling them to a western market. Abbas is paying sustainable wages and creating jobs in her native Pakistan with this venture, and she's hoping the company she launched with a Kickstarter campaign will be the next Toms. 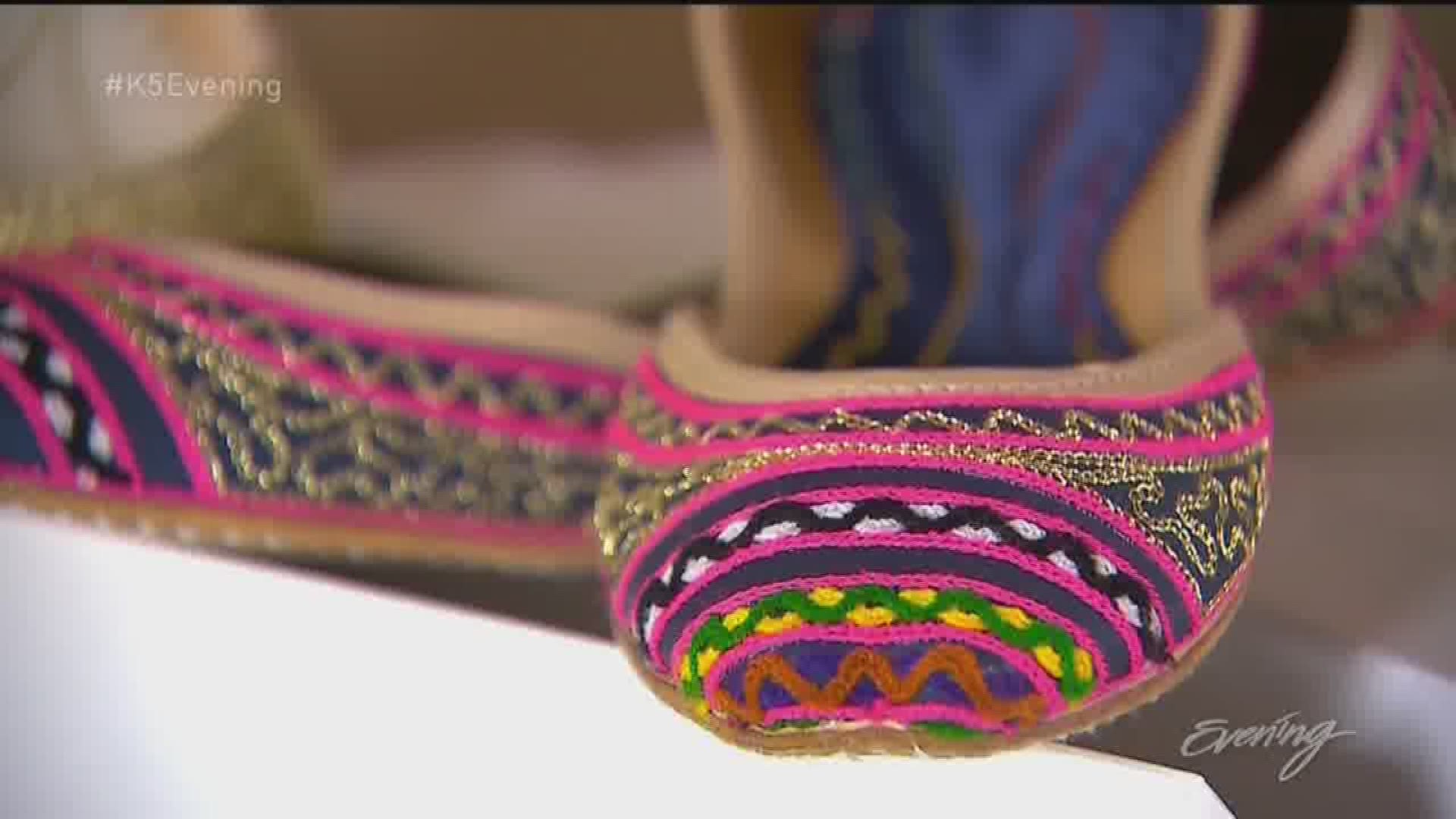 "They add such a pop of color, that they just they make you happy."

Afshan Abbas is talking about the shoes being made by her new company Fuchsia, a Seattle-area startup being run – yes – out of a garage. It’s a company dedicated to making shoes, and doing good.

But her initial inspiration came from home.

"In 2012, I happened to be visiting my hometown in Pakistan, Karachi, and I came across these beautiful colored sandals in the local market," she says.

She brought some of the shoes back to Seattle, and this happened:

"Everywhere I went I received tons of compliments on the shoes."

The shoes are handmade in Pakistan. They’re traditionally known as "Khussas."

Abbas’ friends all wanted a pair -- but there was a problem with simply importing them. The artisans making the shoes only made 3 or 4 dollars a day, hardly enough to meet their basic needs, much less support a family.

"The effort they put behind these shoes is just significant. They were definitely very underpaid for their crafts and skills and we wanted to change that.” Abbas said.

So in February this year, she launched a Kickstarter campaign for Fuchsia.

That money goes to paying Fuchsia artisans above market value for their intricate work. Also...

"We are doing profit sharing with them, and we are also providing them medical benefits,” explained Abbas.

No two pairs are alike, and there's no right or left.

Instead, the leather conforms to your foot. Also, Fuchsia adds extra padding for comfort.

Soon you might be seeing these colorful flats everywhere:

And Afshan Abbas believes bringing these eastern shoes into western fashion will make the world a brighter place for everyone.

"I think it brings two cultures together. I think it gets people together that way."

If you're interested in getting a pair of Fuchsias, you can find them online.