This Black-owned sorbet company is cooling down Seattle 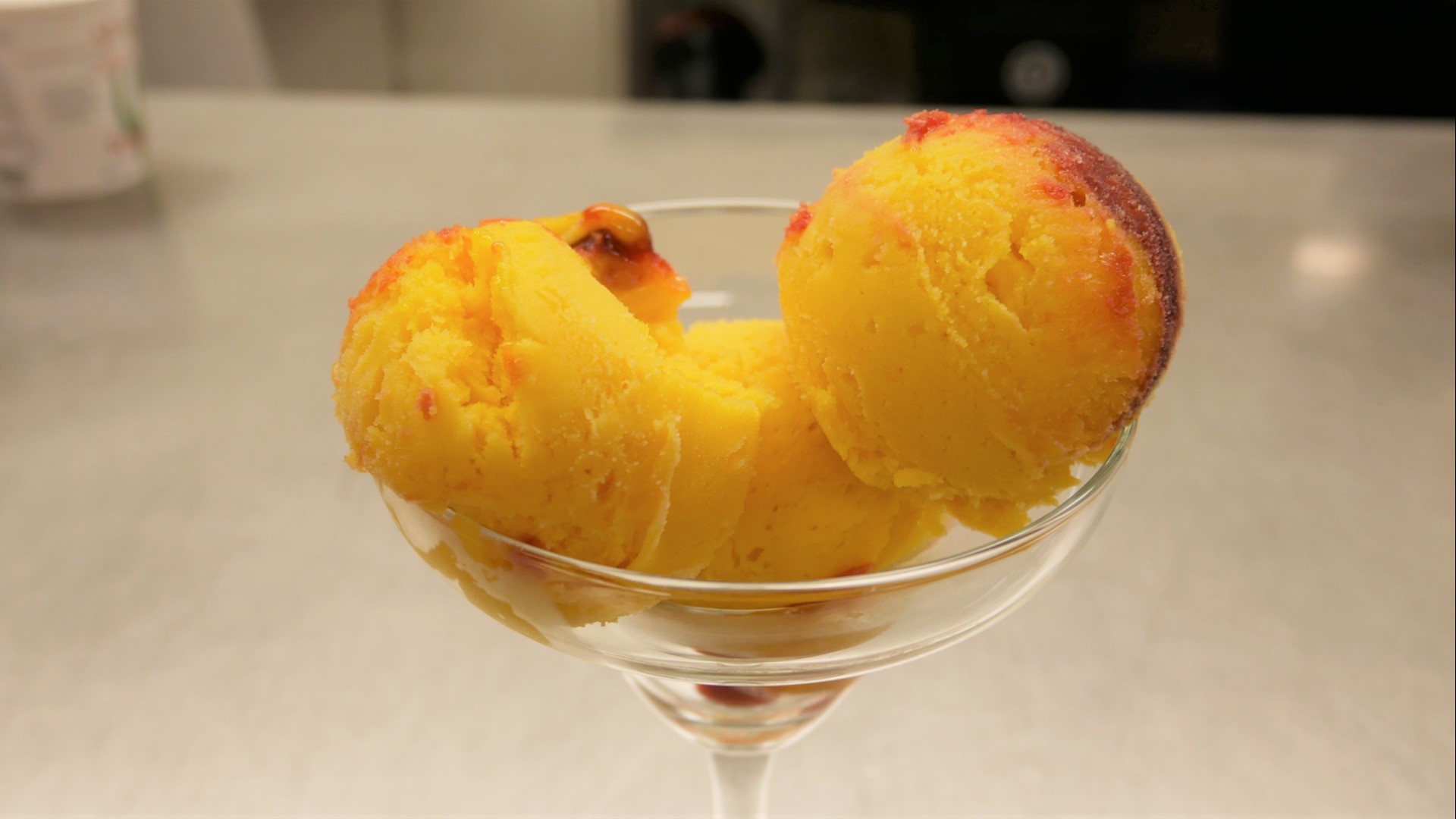 SEATTLE — There's nothing like sorbet on a hot summer day - and Seattle Sorbets has been cooling people down since 2008. Claiborne Bell's parents originally ran the company, but when 2009 rolled around and Bell graduated in the middle of a recession, he joined the team.

Now, Bell runs Seattle Sorbets, with his parents close to retirement. All of their flavors are vegan and Kosher - and tasty, as Bell adds. Their most popular flavor is Mango Sunset, with Raspberry Merlot at a close second. Tequila Lime is another favorite.

These aren't spirited sorbets - there's only a little bit of alcohol in there for flavor. But a scoop or two in a cocktail? Highly recommended.

Seattle Sorbets is a small family business — emphasis on small. One of Seattle Sorbets' most dedicated employees is Dora Ibarra - she's been with them for 25 years, and by now is basically part of Bell's family. Bell and Ibarra virtually make every pint.

"We've touched every pint of sorbet that's left here in the last thirteen years," Bell says. "Each pint that goes out is a representation of not just our company, but myself and Dora as well."

Credit: KING 5
Mango Sunrise is their most popular flavor.

But Bell doesn't just run a sorbet business - this is a Black-owned business that he's proud to own.

"You know, I don't know how many Black-owned sorbet companies there are, but I'm guessing it's not a ton of them," Bell says. "So just us being in this space is important. Taking up space is important, especially in the time that we're in."

"It is a legacy that my parents have started and that I want to continue," Bell says. "And it's not just my family business, It's Dora's family business. So, I want this business to be a success not for myself, I want it to be a success for our families and to leave a legacy. Hopefully I can hand it down to the kids that I don't have yet. One day they can take it over. And hopefully not run into the ground!"

But until then, Bell and Ibarra will continue serving cold, refreshing Seattle Sorbets.

You can buy their sorbet at stores like Metropolitan Market and Thriftway in West Seattle. You can also order and pick up sorbets right from the kitchen they make it in, or order delivery from DoorDash.