Man completes mission to bicycle every street in Seattle 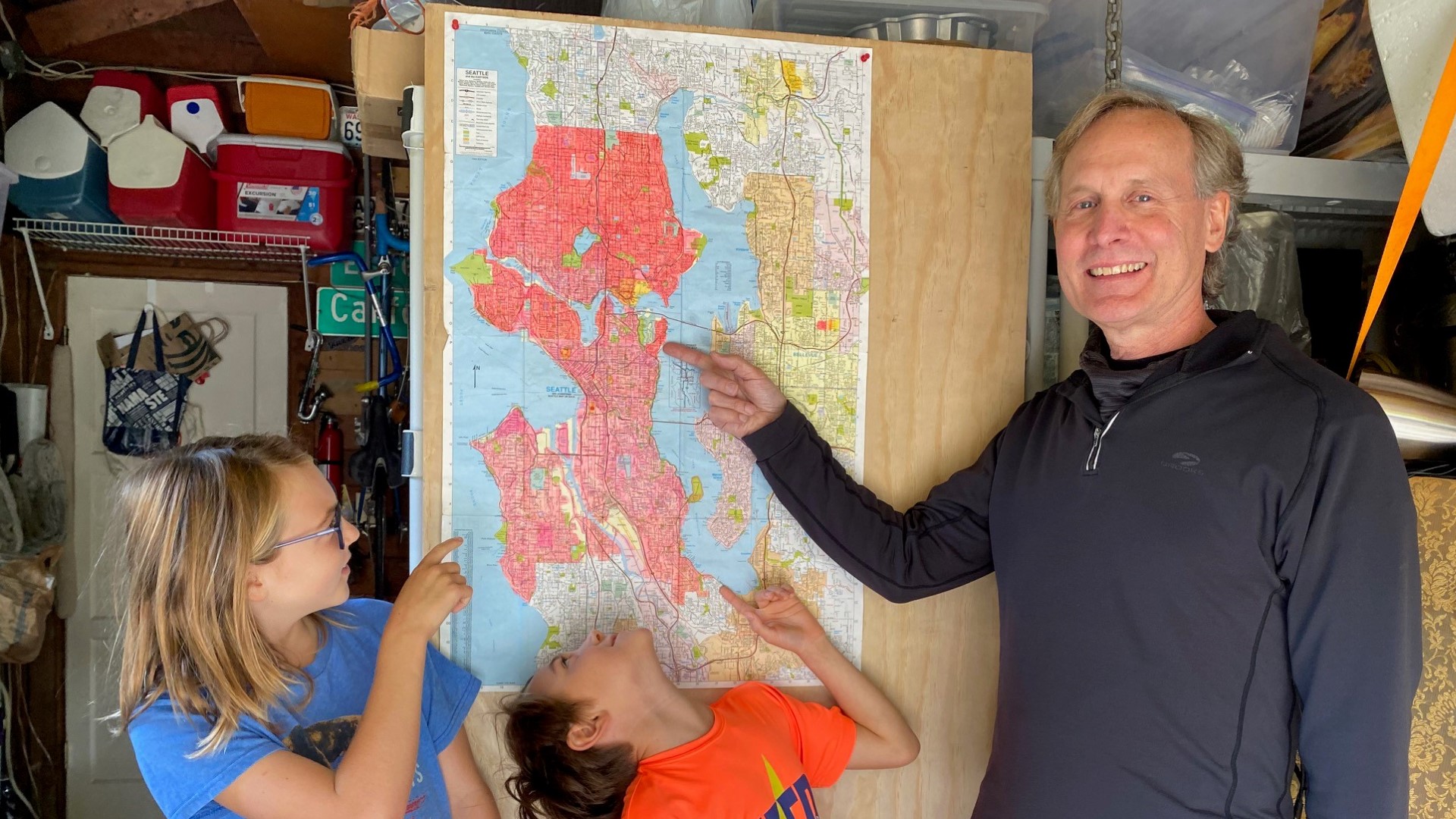 SEATTLE — David Farrar is a bike commuter who's had no commute since the start of the pandemic. So he started riding for exercise while working from his Seattle home.

"I got bored with the bike trails as wonderful as they are, so I started riding streets that I've never been on. And I thought this was interesting. And then I thought, well, why don't I just ride every street in Seattle?"

So he dug out an old paper map he had from when he was a student at the University of Washington in 80's — a map so old it still has the Kingdome on it — and started pedaling.

That's 2,500 miles of road if you're counting. But Farrar's actual mileage is about 3 times more than that, since he starts most rides from home.

Once he covers a street, he highlights it pink on that map, which hangs on his garage wall.

"This is the feel-good part of it," he said. He adds that he also is happy to see a lot of fellow cyclists out and about since the COVID-19 pandemic has forced everyone to recreate closer to home.

Today, he'll ride (and fill in) his final street: Alki Avenue in West Seattle. He'll complete the ride with his two grandsons at his side. But this adventure has left Farrar with more than an about-to-be completely-filled-in map.

"You do feel Seattle, you experience it," he said when asked to describe what it's like to explore his entire city on two wheels.

"In Greenwood breakfast smells like bacon and eggs, on Beacon Hill, it smells like rice and spices. You just understand the rhythms of what's going on in that area, so I feel like I have a much more appreciation of what Seattle is and actually what it could be."

David's family has come to Seattle, and to Alki, to celebrate that final stretch.

But this bicycle rider has mixed feelings about his journey's end:

"With any challenge, there's a satisfaction. But there's also a melancholy, that you're finishing it, right? But the cure for that melancholy I think is to start another challenge," Farrar smiled.

He finishes the ride on Alki, flanked by his grandsons, his family a clapping and cheering audience of four. His ride may be over, but it won't be his last. David Farrar wants to ride all of Seattle's streets again, maybe this time with company.