Ian Mackay hits the road in his wheelchair to advocate for accessible trails. #k5evening 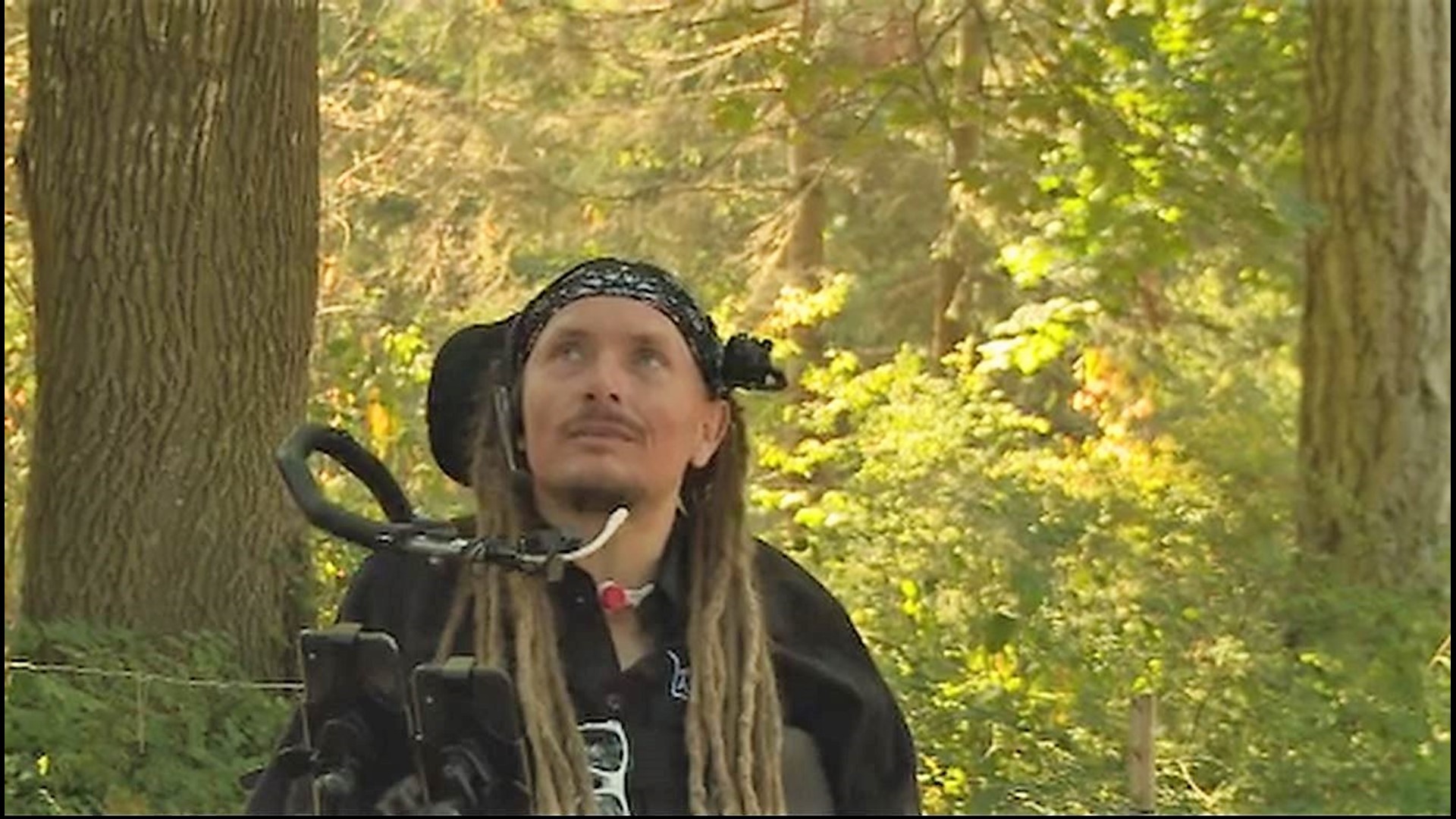 When Ian Mackay was 26, a bike crash left him quadriplegic.

The outdoor lover struggled for two years to adjust to his newly limited mobility.

Then he realized the solution might be a strip of concrete less than a mile from his Port Angeles front door.

Soon Ian became a fixture on the Olympic Discovery Trail.

"It just made me feel like a grown man again. I mean I was out there and I didn't feel disabled."

Hitting the road also gave him a cause:

“I started doing some really long rides, and it was to encourage others to get outside, as well as to encourage the infrastructure makers to consider accessibility when designing the trails, to make sure and make them available for all mobilities. And all users."

In 2016 he organized some friends and crossed Washington state north to south - 335 miles.

Then in 2018 he crossed the state east to west, riding 475 miles from Coeur d'Alene Idaho to Port Angeles, again with a little help from his friends. A non-profit called Ian's Ride sprang from these efforts.

He spent both rides talking to anyone who would listen, advocating for accessible trails.

"Being out there, and seeing this state at 7 miles per hour... talk about a beautiful experience."

He goes through a lot of tires.

He uses his breath to move his chair:

"This is called a sip n puff, and how it works is if I blow into the straw I can go forward. If I sip from the straw I can go backward. And then a light puff or a softer sip goes right or left,” he said, demonstrating on the white straw that’s always near his mouth.

Ian's rides caught Apple's attention, today he consults for them on accessibility, and even stars in some of their ads.

Another star of these ads - the Olympic Peninsula.

"It's where I really refound my solace and my love of the outdoors and it made me realize this is where my peace is.”

Ian is celebrating one thousand, one hundred and eleven consecutive days of riding on the Olympic Discovery Trail.

He doesn't expect everyone to charge as hard as he does, but he does ask one thing of us all:

"I want people to get out and start appreciating the trails we have in Washington state."

No matter how we get around.

EDITOR'S NOTE: The above video originally aired in August 2019.