Food truck Buddha Bruddah had so much business, they had to open a storefront

For the past four years, the owners served their Asian-inspired plate lunches out of a food truck -- but they soon realized there was a problem. They were too popular and needed a bigger space! 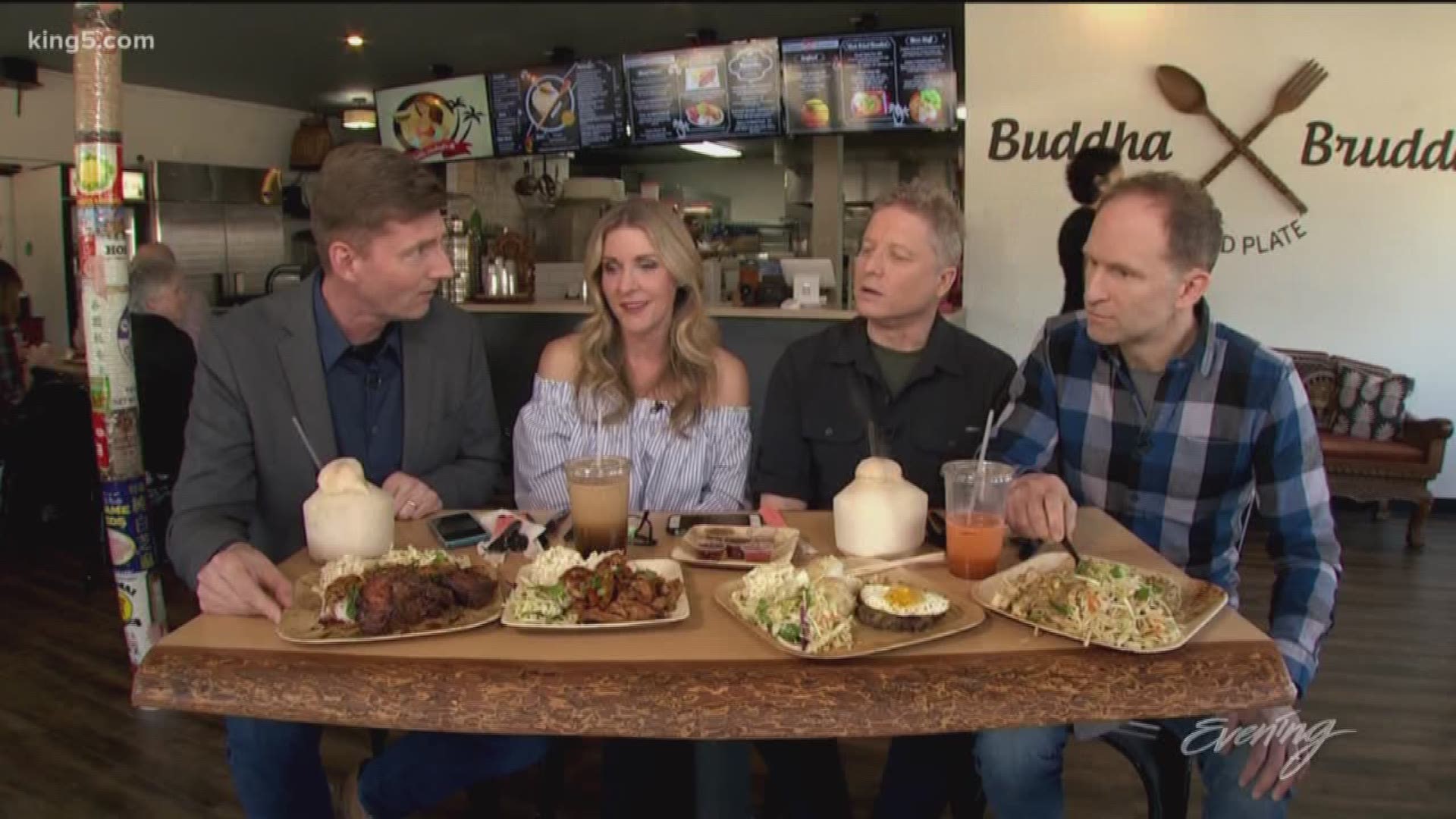 SEATTLE — The food has a cult-like following -- just ask Evening reporter Kim Holcomb's husband -- and after searching for the right space for about a year, Buddha Bruddah has finally opened a brick and mortar location on Rainier Ave S.

The restaurant offers what they call "Mixed Plate" options to bring the best from multiple cultures all together on one plate. So, you'll experience Hawaiian and Thai dishes in together in harmony.

We tried the Chicken Pad Thai, Loco Moco which consists of ground beef with an egg and gravy on top, the Ginger Chicken dish with macaroni salad, and the Crispy Fried Half Chicken. The five spices are made in-house and based on a family recipe.

In fact, the restaurant-owners Mark and Angela Mizer pay tribute to the family's history in the food industry with the back hallway. Mark's mother opened one of Seattle's original Thai Restaurants called Rama House (later added Rama on Post) and Mark grew up learning to cook there.

The restaurants were sold off, but Angela makes the signature chili sauces using recipes taught to her by Mark's mom, who used to say "the secret ingredient is love."