How to eat deep dish pizza (and yes, it is pizza)- Edible Education 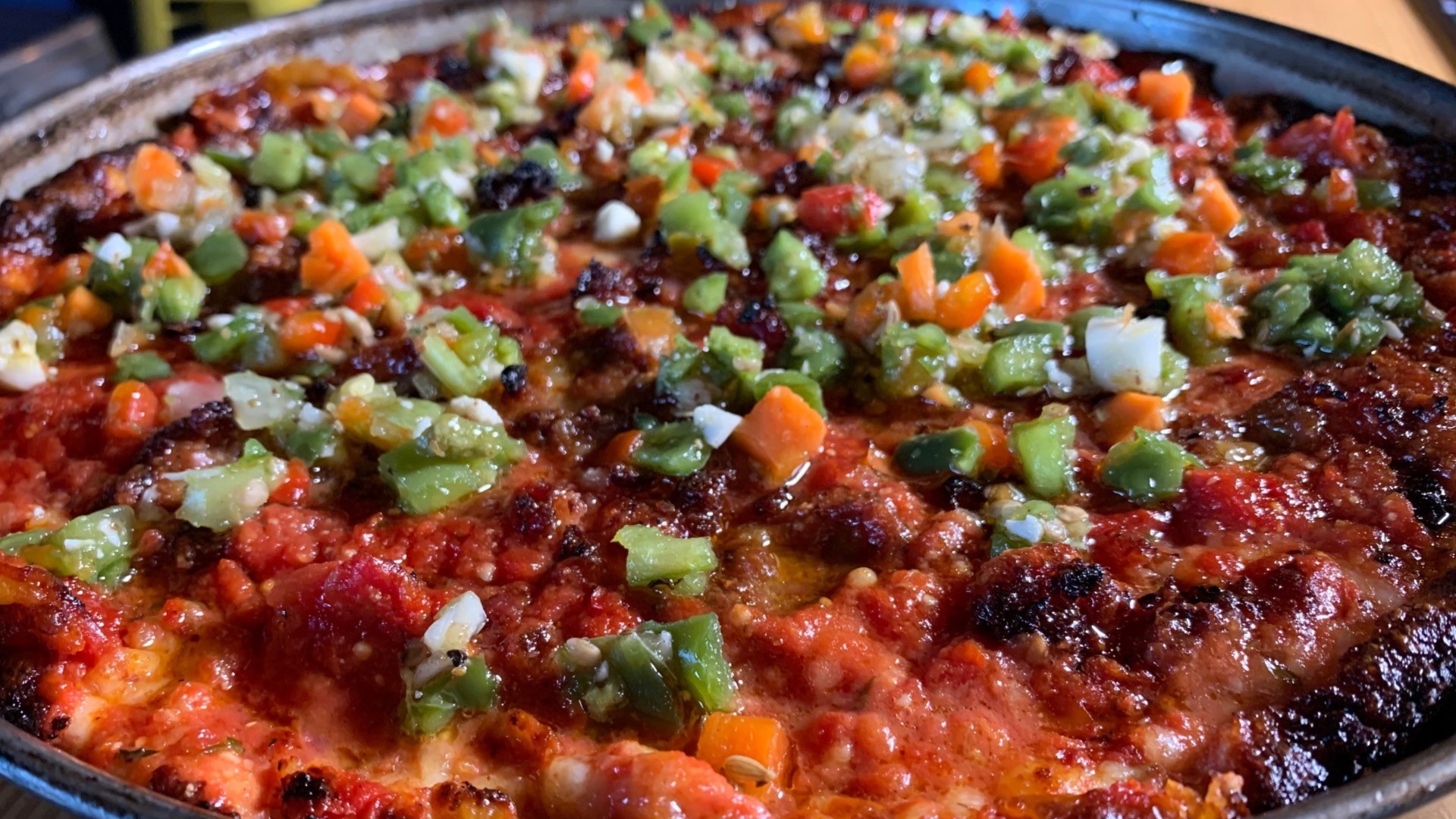 There's no other pizza that's inspired such love and hate, such passion and derision. But there's more to meets the eye for this humble pie - and one of the most knowledgeable people in Seattle is Dave Lichterman, who runs Windy City Pie and Breezy Town Pizza.

"There's not standards organization around Chicago-style deep dish, so it's really what you grew up eating, and what rings authentic to you," Lichterman says.

Deep dish has a rich and complicated history. According to Lichterman, traditional, Chicago-style deep dish was invented at Pizzeria Uno. Uno's was founded in 1943 by Ike Sewell, but deep dish itself was invented by Ric Riccardo- no relation to Ricky Ricardo of I Love Lucy fame.

According to Lichterman, "It's all about the layering."

His pies are constructed as follows - dough, then cheese, then toppings, then sauce, then more toppings. It's made in a tall-sided pan and is quite a hefty creation - about five pounds when it comes out of the oven.

Credit: KING 5
A distinct part of Dave's pan pizzas are the cheese edge- it may look burnt, but it's not! It's crispy and delicious.

There are three subgroups of Chicago-style deep dish. There's traditional, with a high crust. Stuffed, which is "stuffed" with toppings. And pan, which is what Dave specializes in. Burt Katz is credited with creating pan deep dish.

When a Windy City pie arrives at your table, you'll see a very dark crust around the edge of the pizza. It's not burned, I promise! It's a crispy, delicious cheese edge that's one of the signatures aspects of a Burt Katz pan pizza- and therefore, a Dave Lichterman pan pizza.

Deep dish, no matter what kind, should arrive to a table uncut. Cut it too quickly after it's out of the oven, and it'll get soggy.

"Even when you're dining in-house, we recommend slice to serve instead of all at once," Dave says.

As for chowing down, Dave suggests using a knife and fork if it's right out of the oven. But if it's had time to cool down a bit, you can pick it up and eat it by hand.

And one more fun fact- while cornmeal crusts are thought to be the norm for deep dish pizza, Dave says this actually isn't true. While some restaurants may serve cornmeal crust, it's not traditional.

Not that Dave is a stickler for the traditional. He serves white deep dish pizza, which is definitely not a normal deep dish thing. But hey, it's delicious!

If you want to learn even more about deep dish pizza, Dave swears by the book Pizza City, USA: 101 Reasons Why Chicago Is America's Greatest Pizza Town.

Now that's a bold claim in a book title! But hey, after sampling deep dish, you might find yourself agreeing...