Dahlia garden is in full bloom at Seattle's Volunteer Park 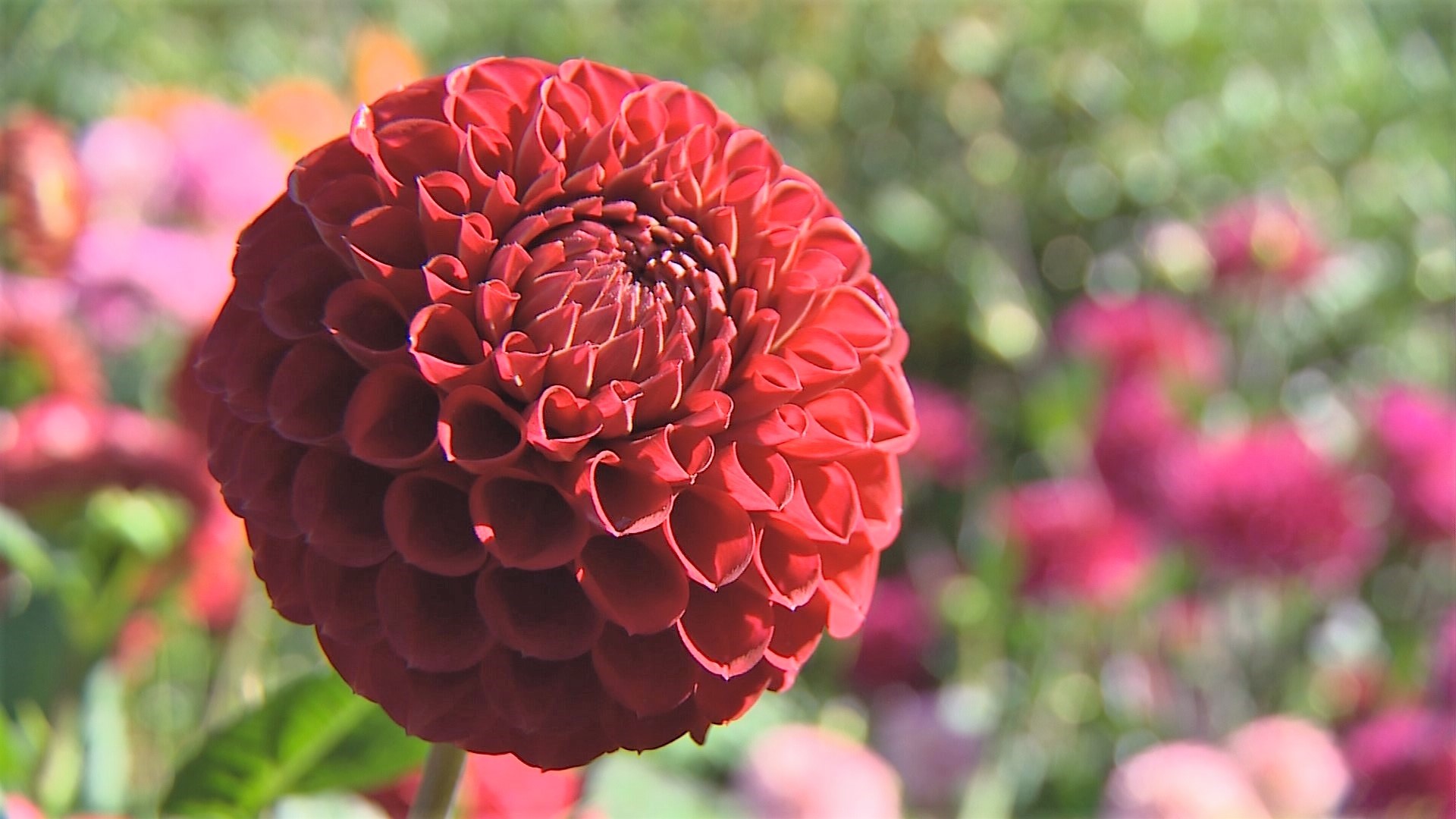 SEATTLE — It's the flower of summer and the dahlia garden in Volunteer Park is at peak bloom right now.

"This is probably prime,” said Martin Kral, with the Puget Sound Dahlia Association. “It will bloom like this well into September."

Kral was at the garden the day it opened in 1983. Now, he's one of dozens of passionate volunteers who keep it going.

"I focus on botany and the history of dahlias, and I grow 110 plants myself at home," he said.

The public garden boasts at least 250 varieties and a serious fan base.

Laura Fuller lives on Capitol Hill and visits a couple of times a week during dahlia season.

“I'm obsessed with dahlias,” she said, laughing. "It's just kind of inspiring, it's like a miracle, little miracles everywhere."

The pops of color pose for Instagram feeds and fine art. During this last week of August, the Tuesday Painters put brushes to canvas to immortalize the final stretch of summer.

"I don't usually like to paint flowers but this is kind of enticing,” said Georgeanne Delahanty. "The color, it’s the color. It's beautiful."

The dahlia season typically lasts until the first frost.

The dahlia garden is located outside the Volunteer Park Conservatory.

1 / 10
KING TV
There are more than 250 varieties of dahlias in the Volunteer Park garden.