Keoni Ching not only paid his school's lunch debt, but he also helped pay that of 6 other schools. Sponsored by Kaiser Permanente 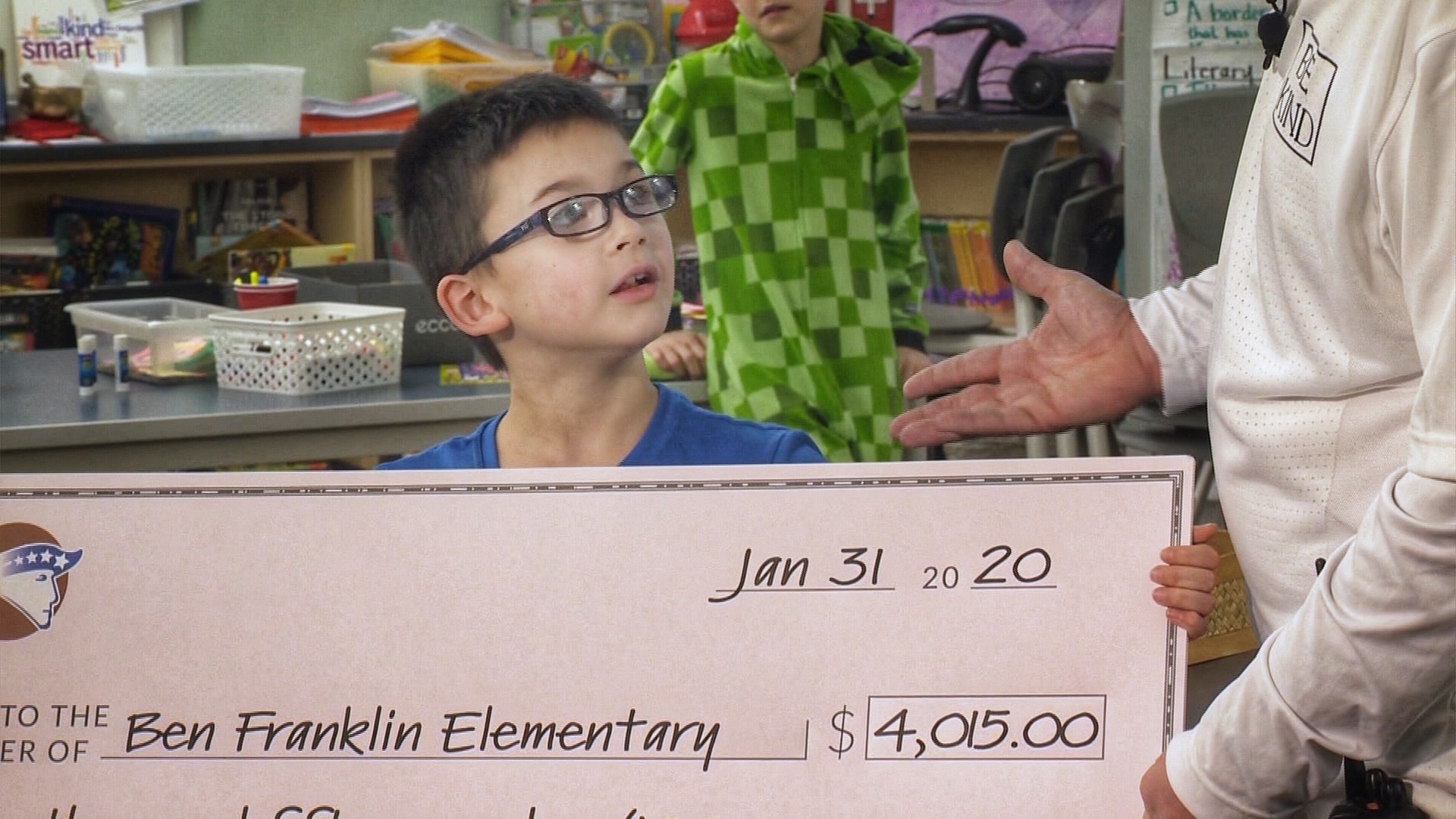 VANCOUVER, Wash. — This story was originally written by KGW. It was updated in March 2020 by KING 5 Evening.

At Franklin Elementary in Northwest Vancouver, it's almost the 4th annual Kindness Week.

"I started it because I really wanted our kids to spread a message of kindness, I think it's really important." Said Lisa Dimurro, a counselor at Franklin.

Second-grader Keoni Ching took Dimurro's that idea and ran with it. He wants to tackle a problem plaguing parents probably 4 or 5 times his age.

He and his mom came up with the idea after seeing NFL cornerback Richard Sherman pay off the lunch debt at schools in California and Tacoma.

"I know a lot of people that eat hot lunch a lot and they run out of money like I did once."

He says that moment of running low on funds made him feel like he wouldn't get to eat hot lunch again -- so he's using that as motivation.

"Because if people don't have a packed lunch and they don't have enough lunch money, they will starve," says Keoni.

To help raise money Keoni makes customized keychains whether it's a name or a phrase -- each cost 5 dollars. Buyers place an order by emailing his mom.

I've passed all my goals so far and the goal for the lunch debts.

Since he began Keoni raised over $4,000 dollars; enough money to pay off his school debt, and help 6 others as well.

"When people go above and beyond to do something kind to help others, I think that's the perfect example of kindness," said Dimurro.

You can buy keychains from Keoni Ching at his website: www.keychainsforkindess.com