"Storm Trooper" Ian Martin is a self-employed web designer and life-long Star Wars fan who designed a game dedicated to the films. #k5evening 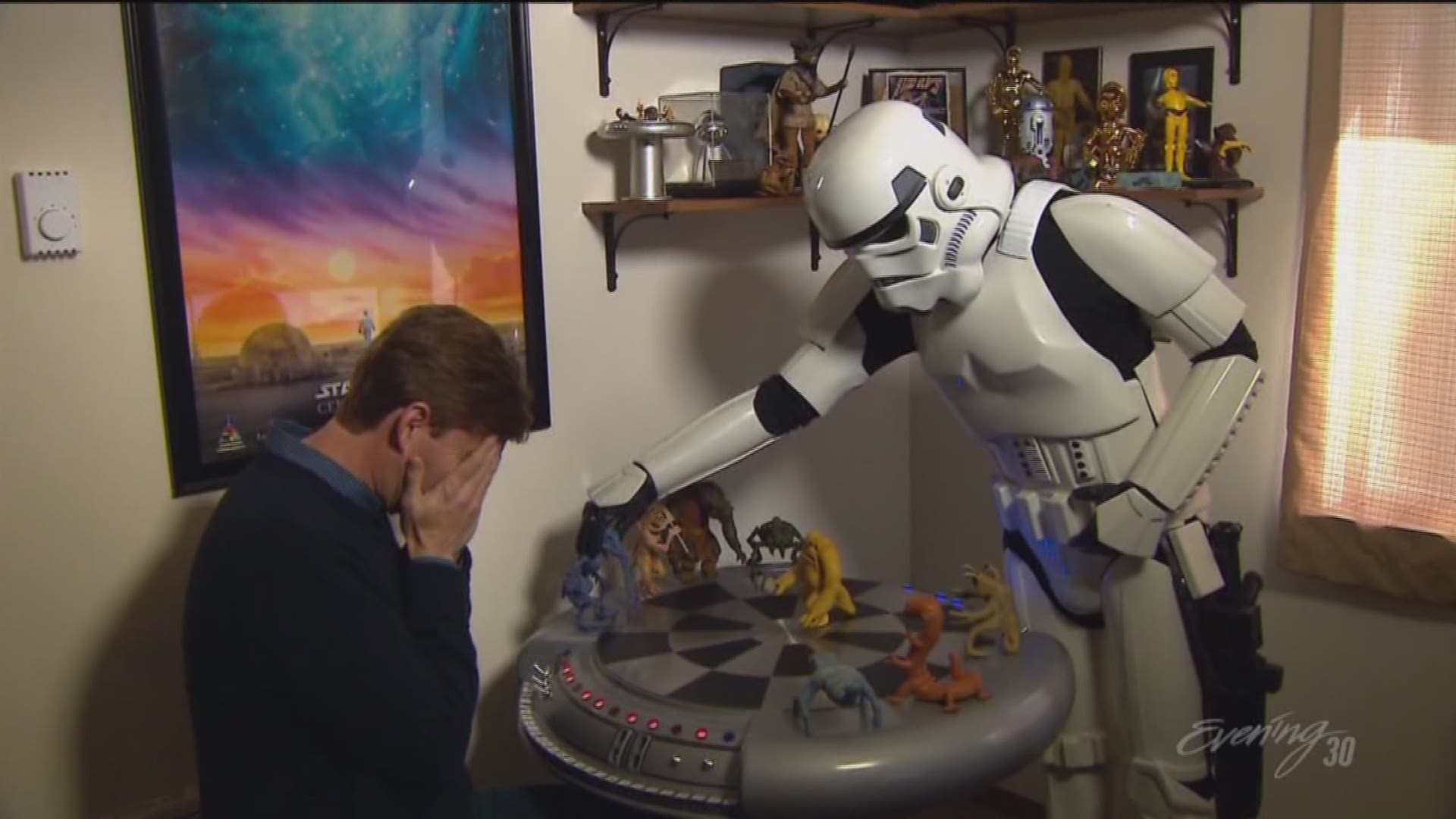 YELM, Wash. — EDITOR'S NOTE: The above segment originally aired in February 2016. Some references may be outdated.

"Storm Trooper" Ian Martin is a self-employed web designer and life-long Star Wars fan who designed a game dedicated to the films.

"Star Wars has been kind of this mystical thing ever since I was a kid," said Martin.

For Martin, watching Star Wars had never been enough. He wanted to bring that universe to life.

"For me, it's kind of reverse-engineering the movies," said Martin.

Martin spent a year building a fully functional C-3PO suit which he's worn all over the world.

"It's pretty awful," he said. "It's basically like being in a coffin."

But the costume did get him next to Mark Hamill at a film festival in Paris.

"I got to meet George Lucas in the suit which was a big moment for me," said Maritn.

But maybe, not big enough.

"I keep wanting to go bigger and bigger," said Martin.

In the garage, he's building a life-sized replica of a bench in the Millennium Falcon.Yes, Ian's got a wife and someday she'd like the garage back.

"It's not going to stay here," said Amy Martin. "It's going to go into storage somewhere else."

But Amy is also a Star Wars fan and she was right there watching 1977's "A New Hope" when Ian got inspired by a 20-second scene. The one where Chewbacca and R2-D2 go head to head in a game of Holochess.

"I thought how fun would it be to actually make the table that we see in the movie," said Martin.

Martin didn't just build the table. He programmed it to play the game with LED lights and sound effects.

"Grimtash the Molotar is going to come out and take on both of y'all," announced Evening reporter Saint Bryan, who obviously has no idea what he's doing.

But we may all get a chance to learn, thanks to this augmented reality Holochess application Martin created with French developer Adrien Trouillaud of Woodinville.

"You can point the phone at the pattern on the table, and the monsters appear, and you can play with them on your phone," said Martin.

Only Disney is standing in the way at this point. But if Star Wars has taught Ian anything, it's that there's always a reason for new hope.

The Martins are part of the 501st Legion, made up of local Star Wars fans who make quarterly visits to Seattle Children's Hospital in costume.

EDITOR'S NOTE: The above segment originally aired in February 2016. Some references may be outdated.