The service would be a pilot program and would commence in 2020. 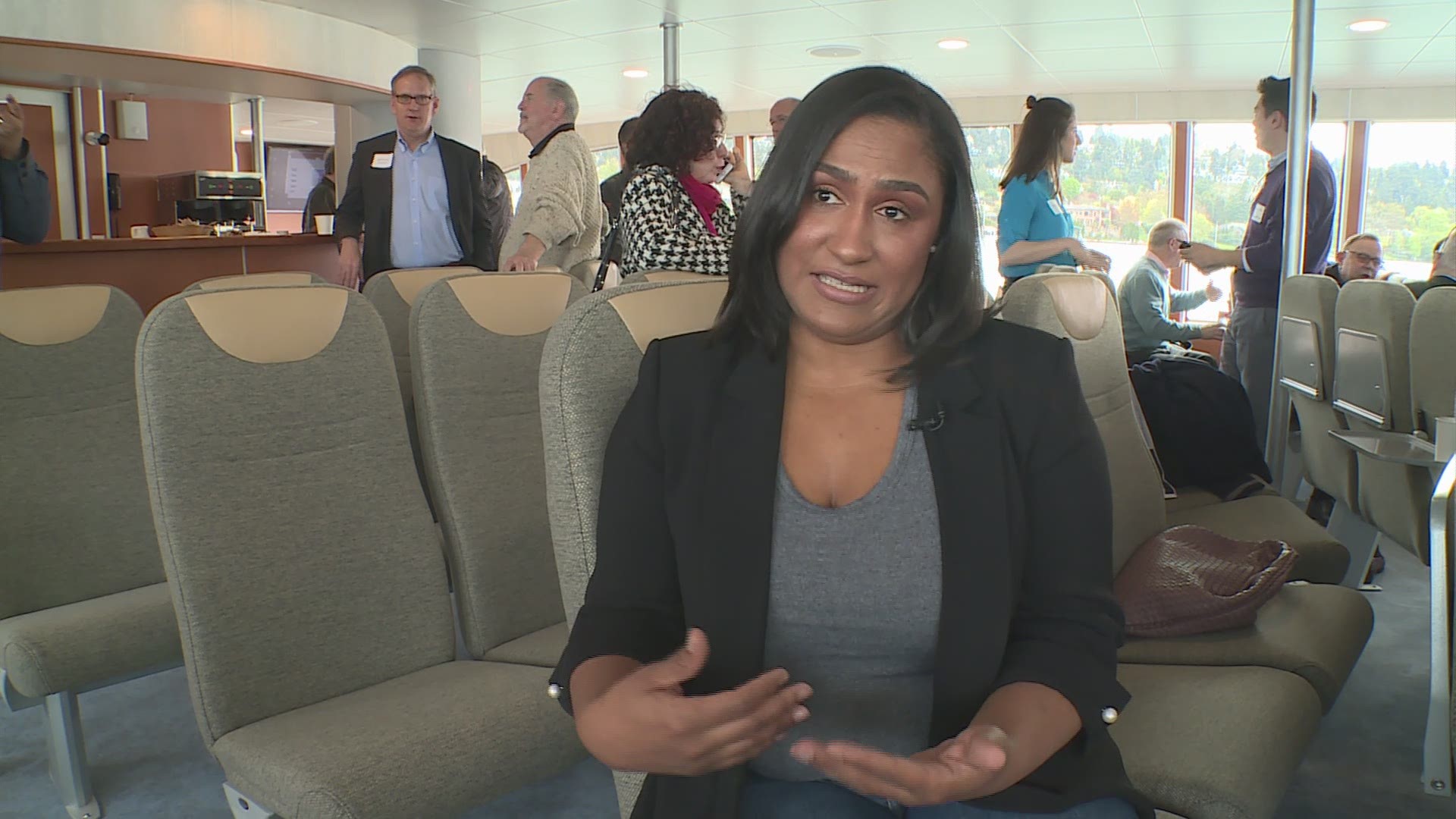 A developer wants to start a new water taxi running between South Lake Union and Renton. On Wednesday they went for a test ride to show what it's like to cruise past traffic on the roads.

“We believe it's the right time to bring service back to the lake, given the congestion and traffic woes of our region,” said Rocale Timmons, senior vice president of planning and development for SECO Development.

SECO plans to start a water taxi service between Seattle and Southport in Renton, where the company is building a sprawling complex of homes, offices, and hotel rooms. The service would be a pilot program and would commence in 2020.

Wednesday’s sailing started at Lake Union Park. The boat took passengers through the Montlake Cut and into Lake Washington. The total travel time to Renton is about 50 minutes.

This is hardly a new concept. A century ago, dozens of boats shuttled people all around Seattle’s lakes.

The "mosquito fleet" went to the scrap yard, in part, because it just became a lot easier to drive everywhere.

“We're really at the point now where we're essentially shopping, we're creating specifications for the vessels, and we're trying to understand and drill down on some of the details,” Timmons said.

They still need to figure out how people will get to and from the docks. And then there’s the cost. We don't know how much they'll charge for a water taxi ticket, though some are speculating it could be about $6.

Supporters say the goal would be to have regular service for commuters and people trying to get to events in the evening.

“We're projecting a National Hockey League team to be playing in Seattle by the fall of 2020, and this is a fantastic mobility option to bring people all around Lake Washington into South Lake Union and not bring their cars,” said Mike McQuaid, transportation chair for the South Lake Union Community Council.