Two UW scientists are advising on NASA's project to get the clearest images yet of Earth's ice loss. 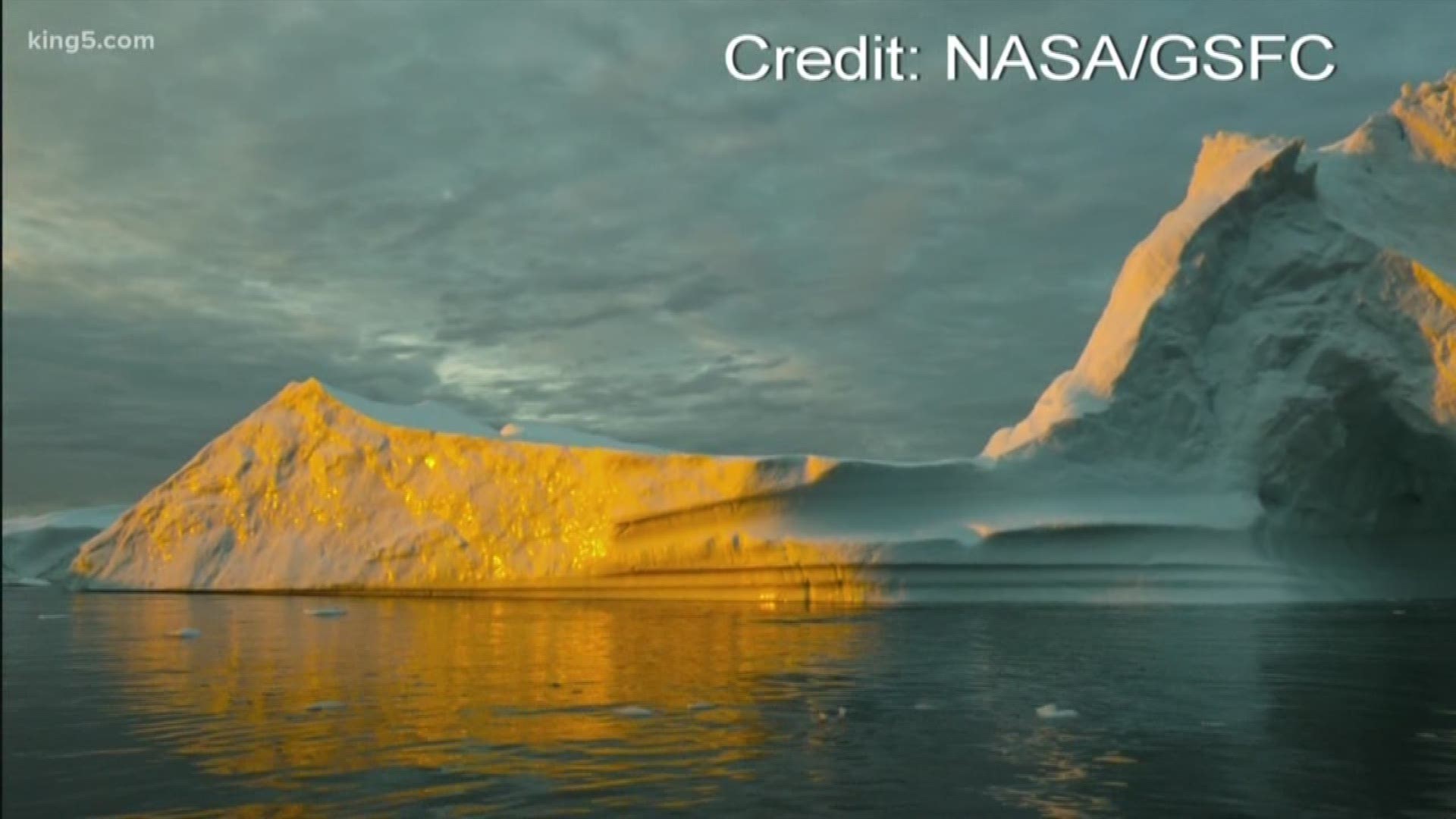 This Saturday, NASA will launch a high-resolution satellite designed primarily to measure the status of the world's ice. The satellite known as ICESat-2 uses lasers to measure the height of everything worldwide — from clouds to mountains to waves, even buildings.

"It’s really exciting to think about what we’re going to see that we’ve never seen before,” said Benjamin Smith, a glaciologist at the University of Washington’s Applied Physics Lab in Seattle. Smith was involved in ICESat-1, which launched in 2003 and didn’t provide nearly the clarity that ICESat-2 is expected to deliver.

"It’s going to be more than going from an old-fashioned scan line TV to a 4K TV. ICESat 2 is 16 times more than what ICESat-1 was.”

Smith is one of two UW polar scientists advising on the project. Oceanographer Jamie Morison is the other, who has spent decades studying the Arctic ocean.

"Basically, we have about half as much ice in terms of total mass, sea-ice, as when I started studying in the Arctic 40 years ago,” Morison said.

With breakthrough precision and resolution, ICESat-2 can measure not only where ice is being lost, but where it’s being added. The scientists say as the world warms, it’s more likely new ice will form over the Antarctic. As it is now, the South Pole is essentially a desert adding only an inch or two of snow every winter. They say it’s all about balance, ice melt vs. ice accumulation, and right now that balance is out of whack.

“The ice sheets are really important for controlling sea level rise,” said Smith. “So we really need to know how the climate changes.”

“One of the main objectives of ICESat-2 will be to examine the thickness of the Arctic and the Antarctic sea ice,” Morison said.

But ICESat-2 will measure more than ice over the poles. It will give scientists a better sense of the world’s glaciers, which are also shrinking. Smith says that’s trickier over land. Measuring sea ice is easier they say, as the satellite can measure the height of floating ice above the water.

By measuring what they call “freeboard,” they can calculate how much ice is below the water line, which is the vast majority of it. But glaciers on land are sitting on terrain. Yet with a baseline, ICESat-2 can measure the change in the years that the satellite is expected to be functioning in orbit. How fast are glaciers melting? Are any glaciers growing, thickening?

Morrison says the satellite could also more accurately calculate sea levels, even measure the height of wave and troughs in the oceans. Such measurements could prove invaluable for emergency managers in states vulnerable to hurricanes.

“It can measure up to the beach and sea level change,” said Morison. “So when there is a hurricane it will have the background and say, just what is sea level and how does it vary as you approach the coast, and what does the storm surge that associated with the hurricane do?”

NASA is launching ICESat-2 on Saturday, September 15 from Vandenberg Air Force Base in California at 5:46 a.m. local time.