First day of work on Mount St. Helens was a literal blast for this man 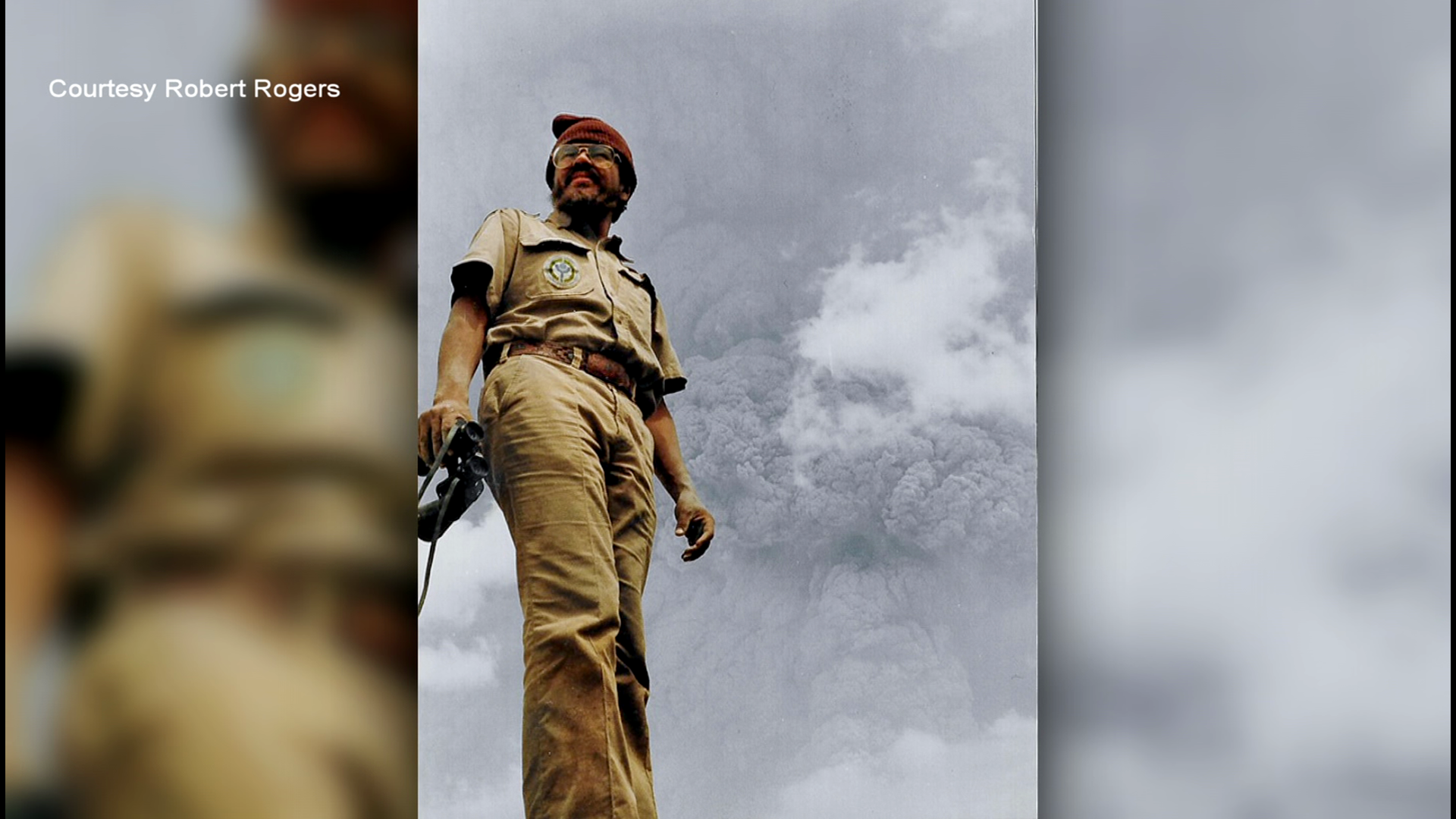 SEATTLE — When Francisco Valenzuela reported to his first day as a ranger at Mount St. Helens, he set out with mountaineer Robert Rogers to explore his new territory.

“We hiked up toward the mountain, the very slopes of Mt. St. Helens and I took a little break in dawn's light by laying on a log. I could feel the log actually shake underneath me, and I told Robert ‘You know this is probably not a good place to be’, so we hightailed it out back to our cars” Valenzuela recalled.

“Shortly after we got back there the mountain erupted - with no warning it was a major earthquake that rippled across the landscape. It looked like somebody dropped a stone in a pond where the land is moving like Jell-O, and then the entire mountain exploded.”

Valenzuela had one thought as he sheltered in his car:

“What I was really worried about was "I can't be about to die on my first day at work - this is not good!"

A shift in the wind spared them - and gave them a front seat view of the rising ash column and the flows of super heated mud coming down the mountain. Valenzuela believes he and Rogers were the closest people on the ground to survive the eruption.

After the eruption, Valenzuela continued his work for the Forest Service, and one of the things he did was document the destruction - and rebirth.  He picked 24 set points on the mountain, and returned to them year after year to document the changes. A re-photography project.

He used a Graflex Super Speed - a vintage press camera - to tell this once in a lifetime story.

"The reason I got that camera is because the film is large and it's very very detailed. These photographs were always taken with the intent to be a human viewpoint of what's going on."

Credit: Francisco Valenzuela
First photo in a series taken over time from the Clearwater Conifer Plot on Mount St. Helens

He’s since retired and spoke with Evening from New Mexico. In 2019 he received an 'American Recreation Coalition Legends Award' for connecting people with the outdoors.

He hopes to return to Mount St. Helens and take more photos soon.

Because thanks to that first day on the job 40 years ago that began with a bang, he'll always be connected to this place.

"I feel blessed by it. Even though in the beginning it was about to kill me. But in the end it gave me more life and energy, and pushed my career forward."

And he knows the story this mountain is telling is to be continued:

"It's gonna be a long story. And someday, most likely, it'll erupt again."