'A whale of a problem': 50 years later, story of Oregon's exploding whale lives on

The massive creature washed up on the beach near Florence, Oregon in 1970. Officials decided to dispose of the whale using an unorthodox technique -- dynamite. 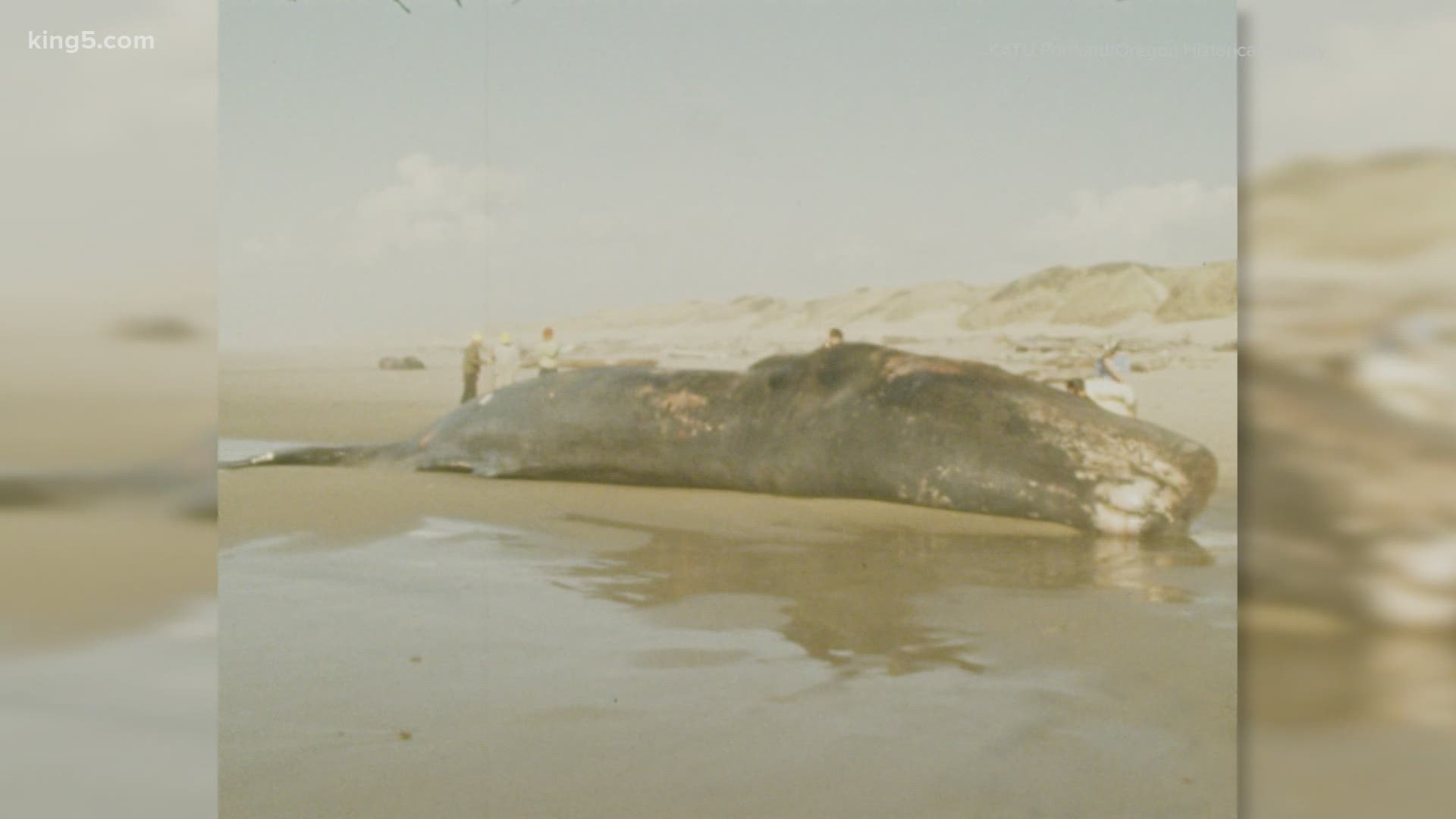 SEATTLE — Fifty years ago on Nov. 12, a piece of bizarre Pacific Northwest history was born – the exploding whale.

The massive creature washed up on the beach near Florence, Oregon in 1970. Back then, beaches fell under jurisdiction of the state highways division, which decided to dispose of the creature using an unorthodox technique -- dynamite.

Larry Bacon was new on the job as the coast reporter for the Eugene Register-Guard. He said he recalls the explosive mishap well.

Engineers hoped to virtually vaporize the whale, leaving small pieces for seabirds and easy cleanup. Instead, the explosion sent huge chunks sky-high in a plume of blood and sand, and onlookers running.

“Rather than going out to sea, it went straight up in the air over the heads of people gathered on the fore-dune,” Bacon said.

After the explosion, the vast majority of the creature remained. In a now widely shared news clip, Portland TV station KATU captured the explosion, described by broadcaster Paul Linnman as “a whale of problem.”

Bacon recalls it as a truly surreal moment.

“It was an ‘Oh my God,’ experience all right,” he told KING 5. “But like I said, it was just slow motion. Just like, I can’t believe this is happening.”

Pieces of the creature sprayed onto onlookers in a foul-smelling mist. Chunks landed on a car, flattening the roof.

It's one of many reasons dynamite is no longer in the whale-removal playbook. Nowadays, NOAA has several options available to clear dead whales – including burial, transport to a remote beach to decompose, rendering, or towing out to sea in some cases.

“Yeah, I'm sure that people learned a lesson about [dynamite],” Bacon said. “There’s been other whales and they’ve all been buried in the sand.”

Since 1970, the story has taken on a life of its own. Bacon recalled years later, getting calls at home from people in bars looking to settle bets on whether the story was true. When the clip finally made it online, it was widely shared, and according to a U.K study in 2006, had then been viewed at least 350 million times.

Florence is now home to an ‘Exploding Whale’ memorial park, and a website chronicles the whole saga.

For the 50th anniversary, the Oregon Historical Society re-digitized the original 16mm footage into 4K high resolution. OHS will also host a conversation with the KATU crew Thursday night.

So all these years later, the story lives on – both in KATU footage, and Bacon’s memory – and notably, just his memory. In the awe of the blast, the then-young reporter left his camera hanging around his neck.

And that’s the lesson he takes from all this.

“Yeah, to get my camera up and take a picture when the blast goes off,” he laughed.