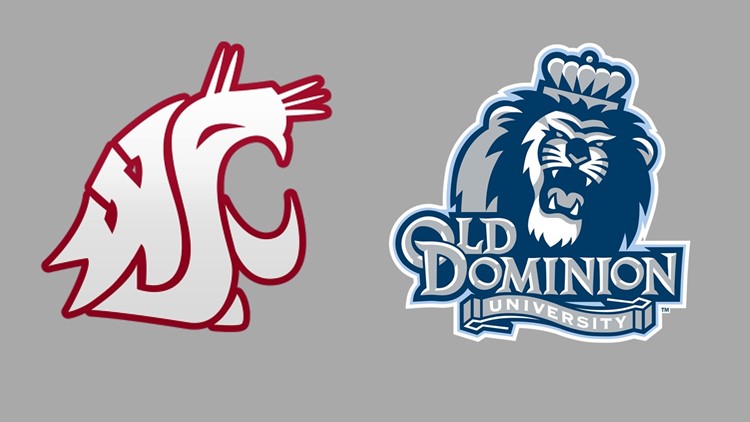 GEORGE TOWN, Cayman Islands (AP) - C.J. Elleby scored 21 points and Marvin Cannon had 10 of his 14 in the second half on Tuesday night when Washington State took control to defeat Old Dominion 66-50 in the consolation bracket of the Cayman Islands Classic.

Cannon scored 10 points in less than 10 minutes, part of a 25-6 run that broke open a one-point game. The run started with a flurry of 3-pointers, starting with Jeff Pollard that pushed the WSU lead to 38-34. Elleby and Cannon followed with triples and after a Monarchs’ layup, it was Cannon and Elleby from distance to make it 50-36. Those five 3s came in a 5-minute, 20-second span.

The Cougars kept going, getting two Cannon free throws and a dunk in quick succession, as the lead reached 60-40 with 7:42 to play. The Cougars were 9 of 15 while the Monarchs went 2 of 13 with three turnovers.

Jervae Robinson and Pollard had 10 points apiece for the Cougars (3-3).

“This was a great win for us,” said WSU coach Kyle Smith. "Old Dominion does a great job, they’re strong and they’re physical, and we had to really play as a team. I thought we were really strong defensively in the second half.”

Xavier Green led the Monarchs (3-4) with 20 points and Marquis Godwin had 11, all in the first half.

“We did some soul-searching last night,” Smith said. “You never know how you’re going to bounce back from a loss, especially this early in the season. We compete hard, and a lot of guys contributed. I thought Marvin Cannon really stepped up.”

Old Dominion: The Monarchs let another one get away. They led their opener against George Mason for most of the game and were down one with 1:15 to play before losing by seven.

Cannon scored in double figures for the first time this season. ... Washington State continues to force turnovers while protecting the ball. Old Dominion had 15 turnovers and the Cougars just seven. ... Elleby has reached 20 points five times this season, including the last four games.