As one of the most diverse cities in the country, Renton leaders want everyone to know they're welcome. Sponsored by the city of Renton. 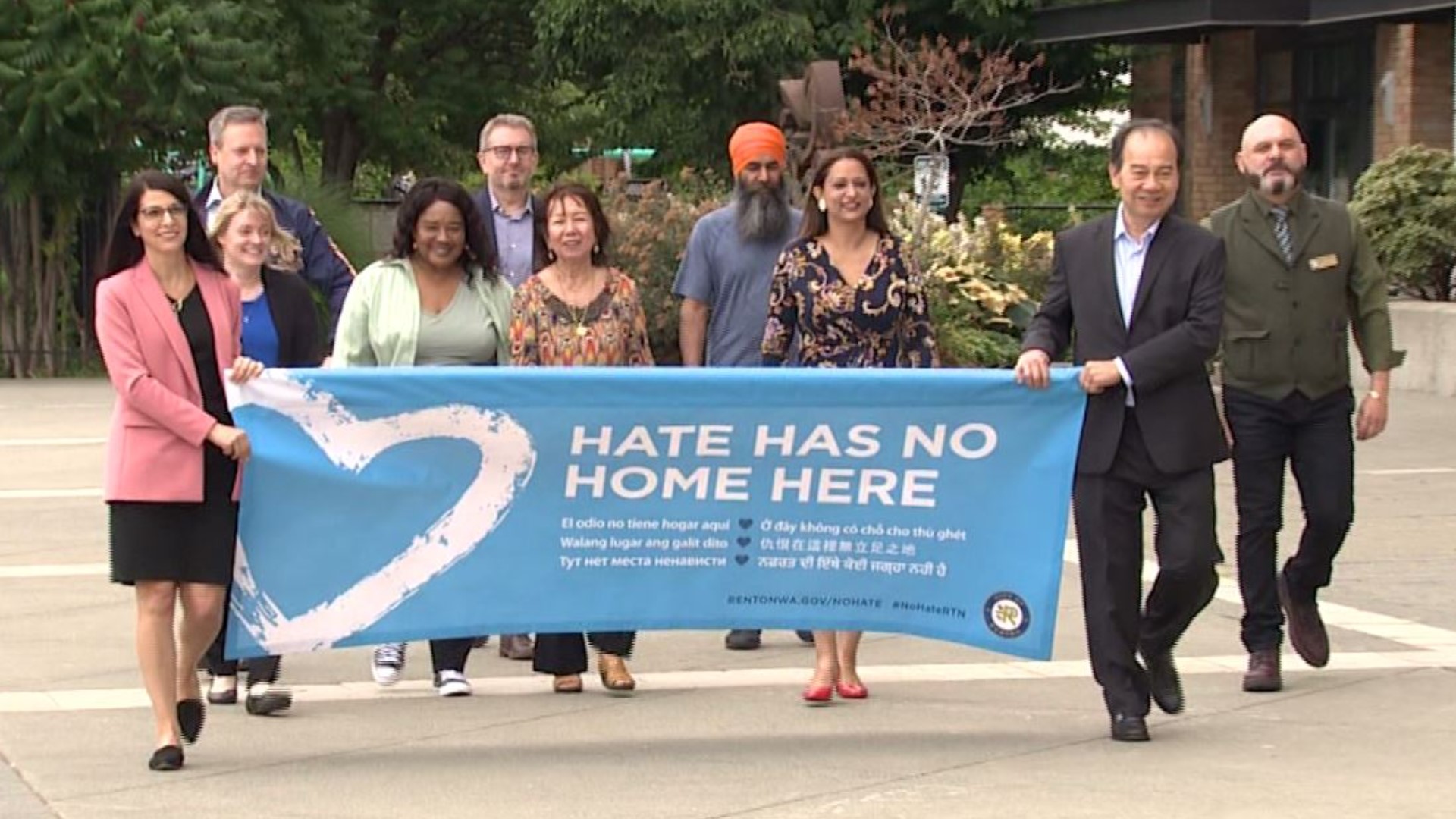 RENTON, Wash. — The city of Renton has a message: Hate Has No Home Here. It’s part of a national movement that started in Chicago and has since spread to other cities across the country.

Renton adopted the campaign in June in response to hate crimes in the city. Recently, community leaders came together to record a series of videos sharing what the campaign means to them.

“The hate has no home here campaign is very special to me because it helps our neighborhoods declare that it's a safe place,” resident Vasudha Sharma said.

Credit: KING TV
Vasudha Sharma is one of several community leaders who recorded a video sharing what the 'Hate Has No Home Here' campaign means to them.

Sharma moved to Renton 12 years ago and proudly calls the city home. She says the community has been welcoming and wants to make sure that kindness is extended to everyone.

“Renton is one of the most diverse communities in the entire Puget Sound region, actually in the nation,” Renton Mayor Armondo Pavone said. “It's something that we embrace and really lean into. So making sure that all of our community feels a part of what's going on in the city is really important to us.”

Banners, flyers, and yard signs have started popping up across town. Each one signaling that hateful actions against others won’t be tolerated.

“This is going to set the stage for us to be welcoming and we're going to live with the fact that we don't have to hate each other, Deputy Public Affairs Manager Preeti Shridhar said. “The city is about no barriers. The city is about inclusion and equity. And at the end of the day, the city is about love.”

If you'd like to join the "Hate Has No Home Here" campaign, the city has designs for posters, flyers, and yard signs available to download.