An Edmonds photographer captured a rare sight in Puget Sound, a fin whale. 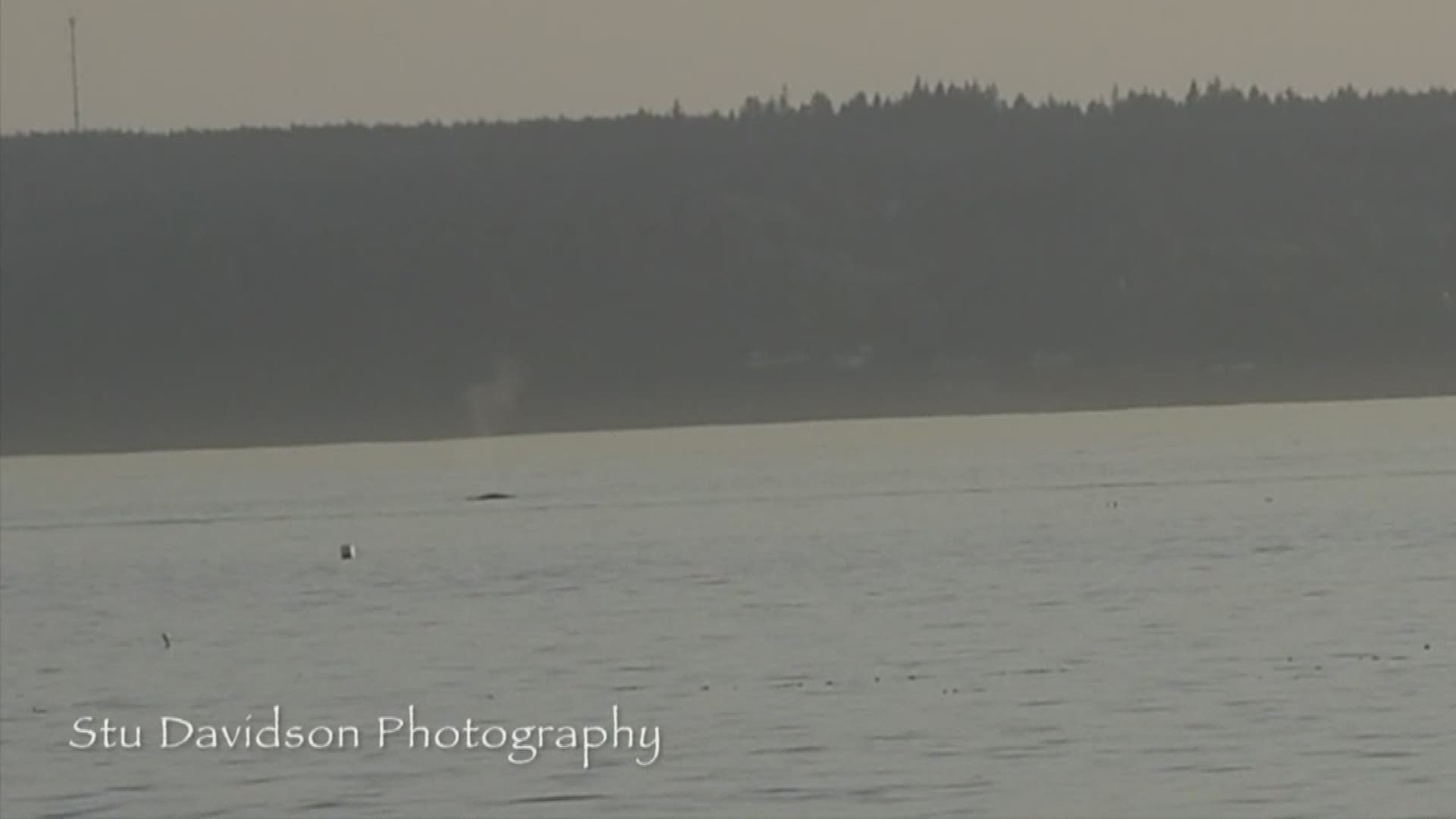 An Edmonds photographer captured a rare sight in Puget Sound, a fin whale.

Stu Davidson captured the whale breaching in the distance on Sunday, July 31.

This is only the third sighting of this endangered species in the inland waters of Washington State since 1930. It's the second confirmed sighting of a fin whale in the last two months.

The fin whale is the second largest animal on earth, behind only the blue whale.

More pictures were taken in early July of another sighting near Sequim. It's not clear if the new video and the pictures show the same fin whale.

The Pacific Whale Watch Association compared it to finding a brontosaurus in your backyard.

Experts say the appearance of fin whales here is a sign of a rebounding population, with the animals returning to places for food lost because of whaling.

Before 1930, fin whales were somewhat common in Salish Sea and Puget Sound, but whaling killed many of them off. Fin whales have made a comeback since whaling was outlawed in 1966, but they remain endangered.