I-1631 would force polluters to pay a $15 fee per ton on carbon emissions. 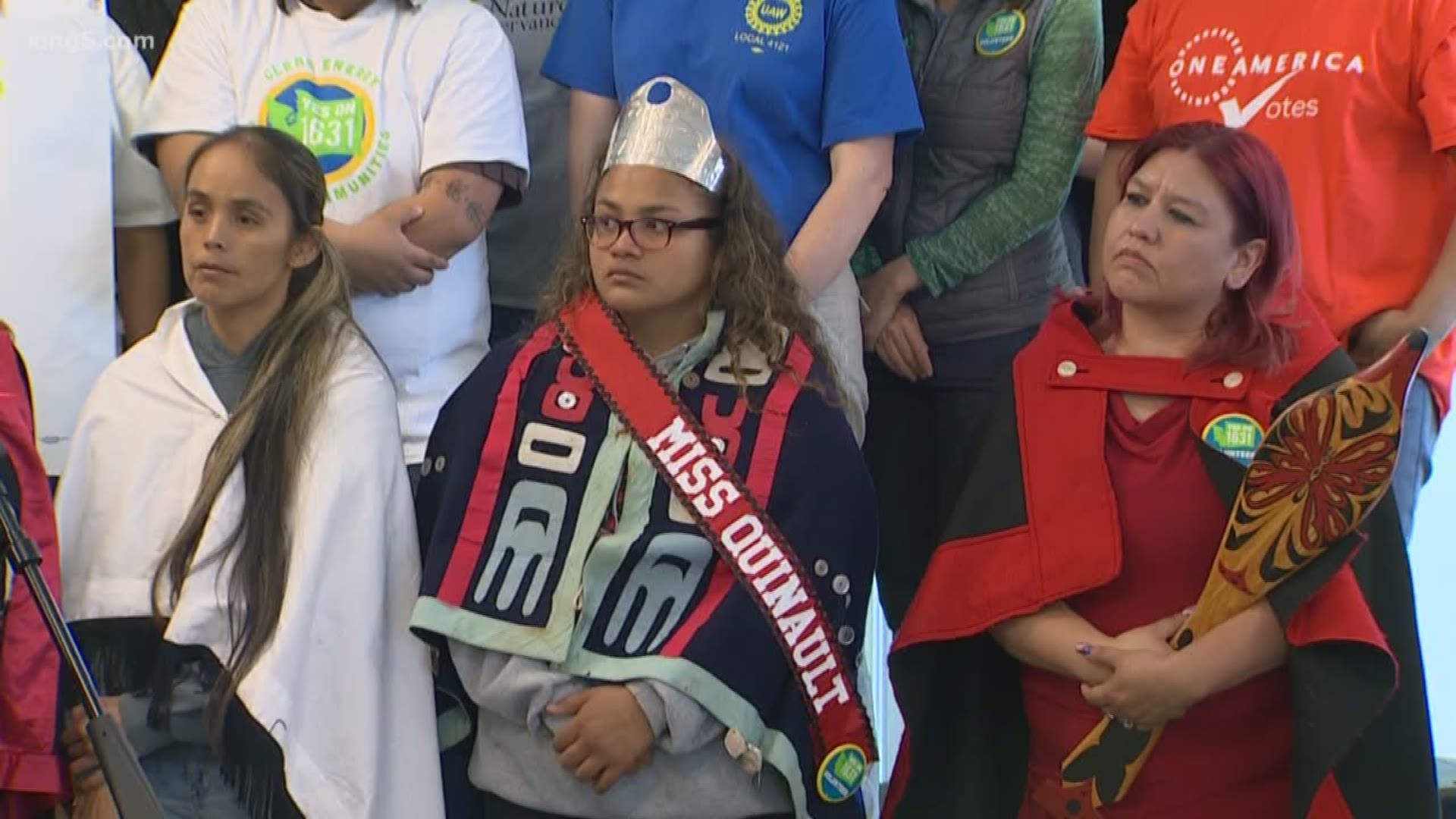 The campaign for a new carbon fee initiative officially launched on Thursday, showcasing a coalition of support that proponents hope gives this latest effort a shot in November.

Initiative 1631 must still gather the required signatures to qualify for the ballot, but the campaign has amassed key support among Washington Tribes, environmental groups, labor and other stakeholder groups.

“The fact is we are doing nothing while it is getting worse,” said Kurtis Robinson, a wildland firefighter who says he’s watched conditions on the ground worsen over his nine years on the fire lines.

“It’s happening so drastically, so fast now,” Robinson said. “We have got to start somewhere.”

But past efforts on this issue have met resistance. Governor Jay Inslee's carbon tax proposal failed to get a vote in the state legislature this past legislative session. A past initiative, I-732, was rejected by voters in 2016.

This latest initiative is seen as more progressive, charging a fee of $15 per ton on carbon emissions starting in 2020. The fee would increase $2 each year until greenhouse gas reduction goals are met, according to the proposal.

Seventy percent of the money raised would be invested in clean energy, according to the measure. Twenty-five percent would go towards clean water and forests, and the remaining money for communities impacted.

Like the governor's bill, there would be exemptions including those for aviation fuel and industrial players dependent on trade, such as aluminum and steel.

But critics question whether carbon reduction targets will be met and warn it will raise prices for the consumer, adding an estimated 10 to 20 cents to the cost of gas.

The Washington Policy Center, which opposes the initiative, estimates the measure would increase household and car fuel costs by around $275 per year, in its initial year.

“We believe there are things that can be done to reduce CO2 emissions and clean air. But giving half-a-billion dollars to a board of politician activists isn’t one of them,” said Todd Myers of WPC.

The I-1631 campaign has not yet released an estimated cost of impact to the consumer, however, the campaign argues investing in clean energy will stabilize or reduce costs in the long run.

“Part of what we need to do is invest in solutions,” said Becky Kelley, President of the Washington Environmental Council. “That’s the main thing that this policy does is give us those cleaner options, so we're not whipsawed by whatever (the oil industry) decides to charge us

While a fierce political debate will ramp up in coming months, supporter Kurtis Robinson compares it to a firefight and one he says can't wait.

“Because there's so many competing dynamics and it's such a variable environment, we may not have a total grasp of the big picture and long-term effects, so we start moving into it very cautiously, but we move.”

I-1631 must still collect nearly 300,000 signatures by July in order to qualify for the November ballot. So far, organizers say they’ve collected 50,000.