Rep. Pramila Jayapal, who represents Seattle, said she was "proud" to be arrested fighting against the Trump administration's immigration policies. 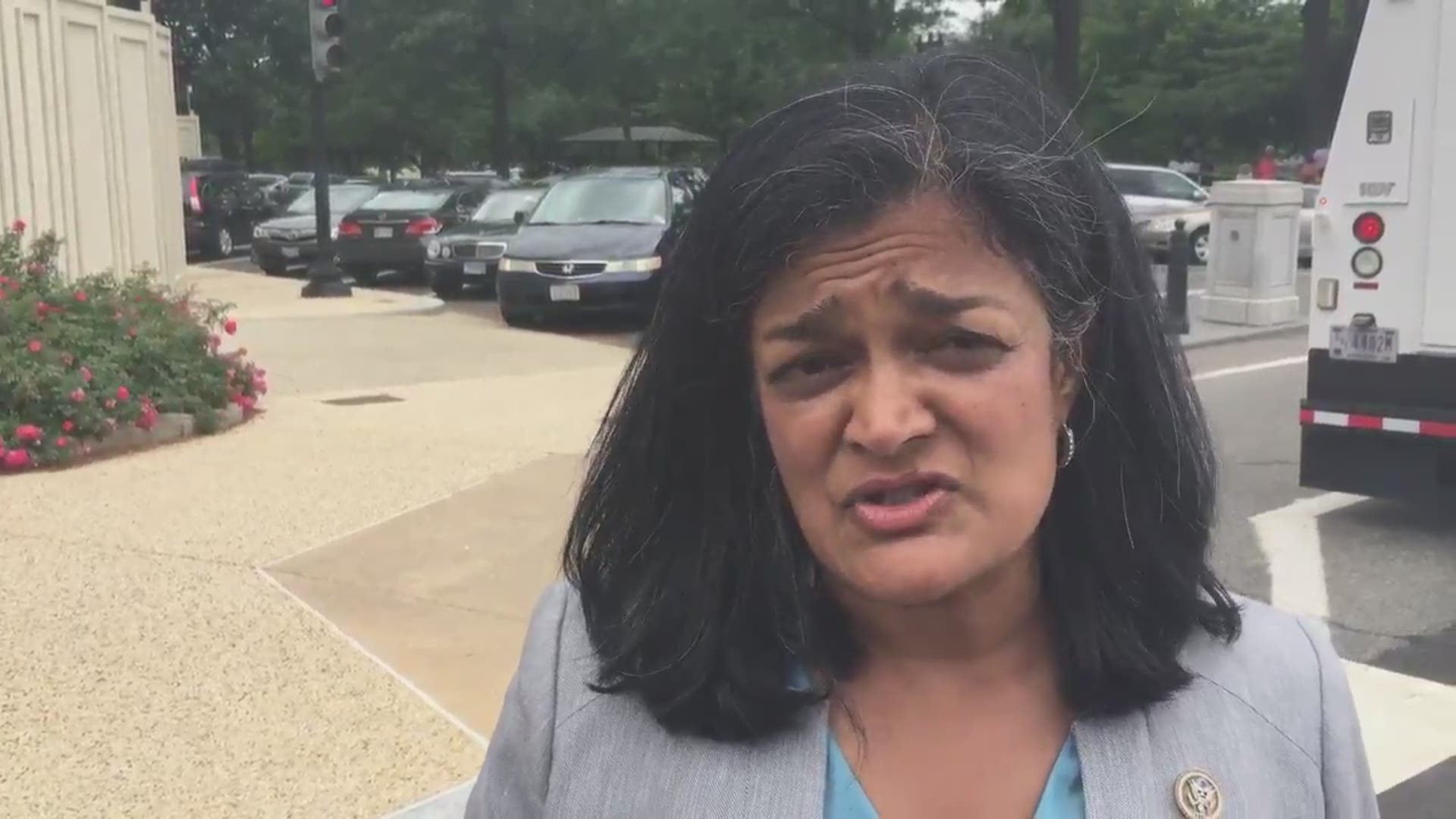 “I’m proud to have been arrested with them to put myself in the camp of people who believe that the United States is better,” Jayapal said in a video on Twitter.

Jayapal said she was with a group of over 500 women when she got arrested. The group took over the center of the Hart Senate office building to protest the Trump administration’s “zero tolerance” policy and family separations at the U.S.-Mexico border, according to Jayapal.

I was just arrested with 500+ women and @WomensMarch to say @RealDonaldTrump’s cruel zero-tolerance policy will not continue. Not in our country. Not in our name.
June 30 we’re putting ourselves in the street again.

“This is far beyond politics,” Jayapal said. “This is about right and wrong. We have to stand up, and we have to put ourselves on the line.”

The “zero tolerance” policy has accelerated the separation of children and parents at the border. Trump signed an executive order last week halting the separations. Washington was one of 17 states to sue the Trump administration this week over the separations.

Another major protest is scheduled for Saturday in Washington D.C. and Seattle.