The Supreme Court will hear three cases on Oct. 8 over whether federal civil rights law that bars job discrimination against sex protects gay and transgender people. 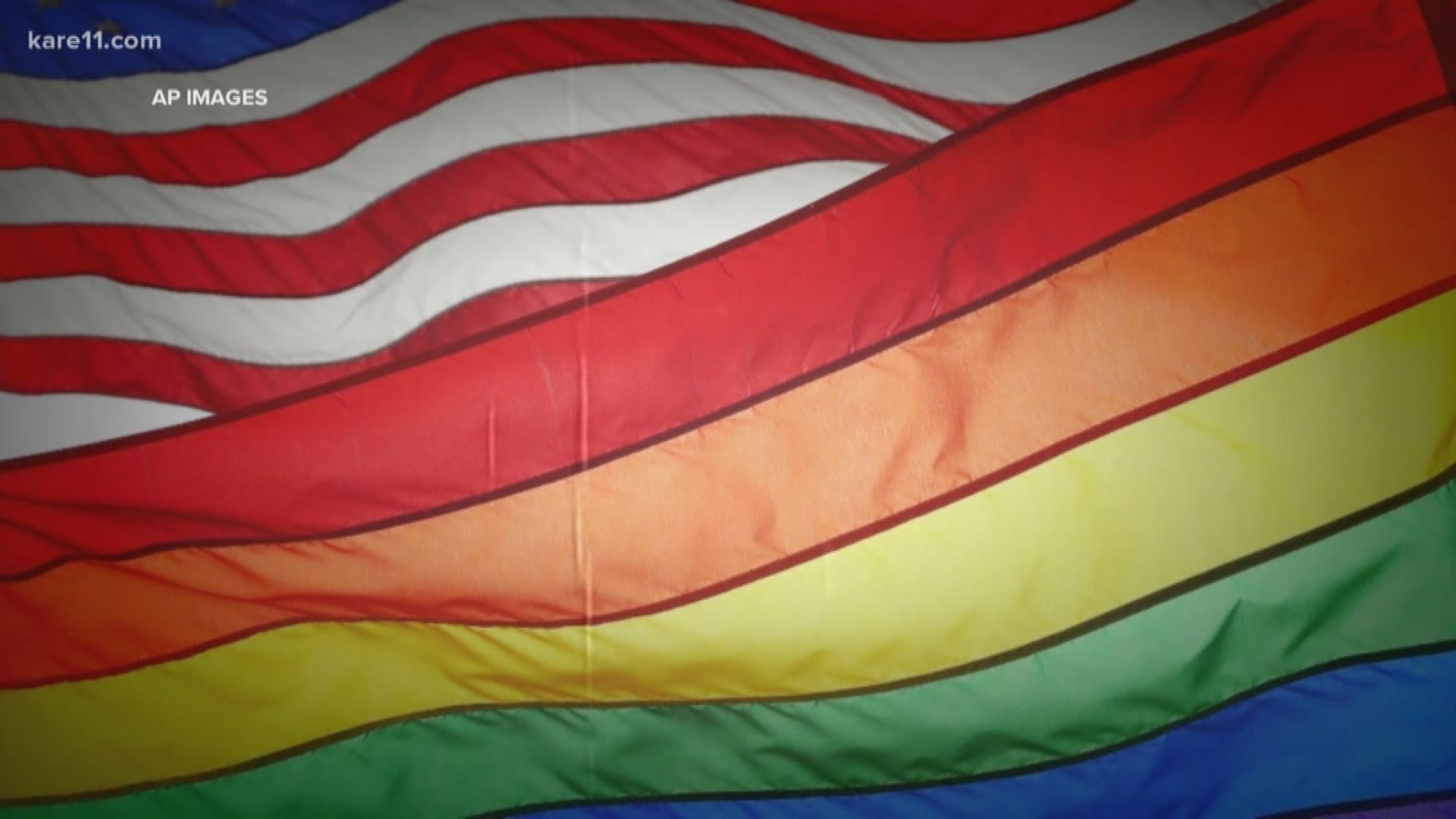 Editors Note: The video above aired in April 2019, when the Supreme Court announced it would take on this case.

Aimee Stephens lost her job at a suburban Detroit funeral home and she could lose her Supreme Court case over discrimination against transgender people. Amid her legal fight, her health is failing.

But seven years after Stephens thought seriously of suicide and six years after she announced that she would henceforth be known as Aimee instead of Anthony, she has something no one can take away.

"I'm happy being me," she said in an interview with The Associated Press. "It's taken a long time."

The Supreme Court will hear Stephens' case Oct. 8 over whether federal civil rights law that bars job discrimination on the basis of sex protects transgender people. Other arguments that day deal with whether the same law covers sexual orientation.

Stephens' case and two others are the first involving LGBT rights since the retirement of Justice Anthony Kennedy, the court's gay-rights champion and decisive vote on those issues. They probably won't be decided before spring, during the 2020 presidential campaign.

The issue is whether Title VII of the federal Civil Rights Act of 1964, which prohibits sex discrimination, protects LGBT people from job discrimination. Title VII does not specifically mention sexual orientation or transgender status, but federal appeals courts in Chicago and New York have ruled recently that gay and lesbian employees are entitled to protection from discrimination. The federal appeals court in Cincinnati has extended similar protections for transgender people.

The 58-year-old Stephens plans to attend the arguments despite dialysis treatments three times a week to deal with kidney failure and breathing problems that require further treatment. She used a walker the day she spoke to AP at an LGBT support center in the Ferndale suburb north of Detroit.

"I felt what they did to me wasn't right. In fact, it was downright wrong," Stephens said, her North Carolina roots evident in her speech. "But I also realized it wasn't just me, that there were others in the world facing the same tune."

On the other side of the case is the R.G. and G.R. Harris Funeral Homes, whose owner worries that a ruling for Stephens also would prohibit sex-specific sleeping facilities in shelters, as well as showers, restrooms and locker rooms. Congress can change the law to make explicit protections for LGBT people if it wishes, owner Thomas Rost says in court papers.

More than half the states do not prohibit discrimination in employment because of gender identity or sexual orientation, despite the Supreme Court's 2015 ruling that made same-sex marriage legal across the United States. In Michigan, the state's civil rights commission last year decided to interpret existing state law to protect LGBT people from workplace bias. But that wouldn't affect Stephens, who was fired in 2013.

There's no dispute over the sequence of events that led to the Supreme Court case. Stephens was once a Baptist minister in North Carolina and she said she always liked "comforting people in need." She spent nearly six years as a licensed funeral home director and embalmer at the company's Garden City, Michigan, location. Stephens, then known as Anthony Stephens, came to work every day in a dark suit, white shirt and tie.

At the end of July 2013, Stephens met with Rost in the home's chapel and handed him a letter in which Stephens revealed she had struggled with gender most of her life and had, at long last, "decided to become the person that my mind already is." Stephens wrote, "As distressing as this is sure to be to my friends and some of my family, I need to do this for myself and for my own peace of mind and to end the agony in my soul."

Following a vacation, Stephens said she would report to work wearing a conservative skirt suit or dress that Rost required for women who worked at his three funeral homes.

"He read the letter, folded it up and put in his pocket and we were basically done for that day," Stephens recalled. Two weeks later, Rost and Stephens met again, briefly. "He handed me a letter and said this is not going to work," she said.

Credit: AP
Aimee Stephens talks during in an interview in Ferndale, Mich., Wednesday, Aug. 28, 2019. The Supreme Court will hear Stephens’ case Oct. 8 over whether federal civil rights law that bars job discrimination on the basis of sex protects transgender people. Other arguments that day deal with whether the same law covers sexual orientation. (AP Photo/Paul Sancya)

The letter was a termination notice and the offer of a modest severance payment, Stephens said. She turned down the severance because it would have meant signing away her right to sue, she said.

Stephens took her complaint to the federal Equal Employment Opportunity Commission, which agreed to sue the company. During the Obama years, the EEOC had changed its longstanding interpretation of civil rights law to include discrimination against LGBT people. The law's Title 7 prohibits discrimination because of sex, but has no specific protection for sexual orientation or gender identity.

A trial judge ruled against her, but the federal appeals court in Cincinnati sustained the complaint. The court found that discrimination on the basis of transgender status is sex discrimination. The appeals court also separately found that Rost fired Stephens because of his sex stereotypes about Stephens' appearance and dress.

The funeral home appealed, and the justices agreed to hear the case. Appeals courts in Chicago and New York issued similar rulings bringing sexual orientation under the rights law, while the appeals court in Atlanta declined to do so. The justices also will weigh in on that issue.

Rost's family has been in the funeral home business since 1910. He testified that Stephens dressed in women's clothing would be "a distraction that is not appropriate" for grieving families.

Rost declined an interview request, but his lawyer described him as a caring man whose service to clients is paramount.

"Tom has gone out and gotten groceries for widows who were incapable of doing it," lawyer John Bursch said.

In firing Stephens, Rost was not trying to prevent her from dressing as she wants on her own time, Bursch said, though he declined to use female pronouns to describe Stephens.

"To say this is somehow rolling back respect for people is just a false premise," Bursch said.

The issue, he said, is the extent of federal civil rights law. "It's asking to have a right recognized which has never existed," he said.

Congress has never expressly included sexual orientation or gender identity in Title 7's prohibition on discrimination "because of...sex," though pending legislation would do so. The bill's prospects are slim.

The Trump administration has reversed course from the Obama administration and has sided with employers who argue that the civil rights law does not protect LGBT people. The change of position puts Trump Solicitor General Noel Francisco in the odd position of representing the EEOC at the Supreme Court, where he will argue against the EEOC's stance.

Trump's election and his rollback of Obama administration policies allowing transgender people to use school bathrooms corresponding to their identity, and to serve openly in the military are major reasons why Stephens has persisted in her fight, even as her health struggles have mounted.

"With all the things that have come out, with the way that transgender people are being treated, basically trying to be forcibly erased from society, I have no regrets at all about it," she said.