Greater potential for wildfire in western Washington into July 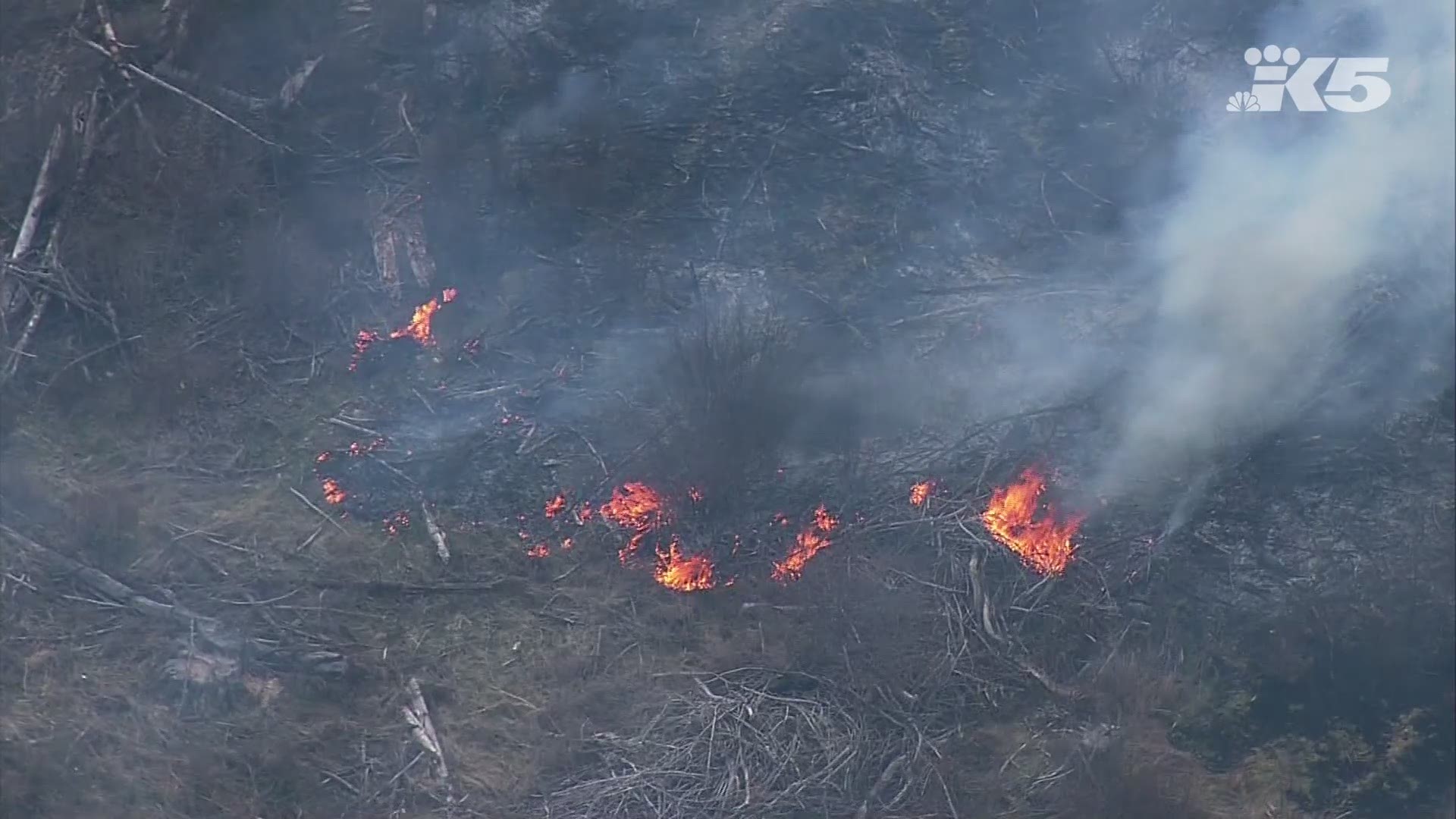 The taste of fire season that western Washington experienced in March was just the beginning.

Western Washington faces a greater likelihood of significant wildland fire potential over the next four months, according to a report released from the National Interagency Fire Center.

Though fire danger indices are too low for significant risk of large, naturally ignited fires, the agency says the risk of human-caused fires could continue during escaped prescribed fires or accidents in windy conditions.

Credit: National Interagency Fire Center
Maps show outlook for the potential for significant wildland fire across the U.S. from April-July 2019.

During a one-week period in mid-March, crews responded to 50 fires, all but one of which was on the west side of the state.

As we head deeper into spring, snowpack melt rates are an important factor in forecasting fire potential, with slow or average melt rates allowing for a later entry into the fire season, according to the agency.

Despite experiencing the snowiest February on record, western Washington closed out March as the second driest on record and has accumulated less rainfall than average so far this year. At the end of March, snowpack in Washington ranged from 66-100 percent of normal, though regions west of the Cascades didn’t get above 89 percent of normal, according to the state Department of Ecology.

Dry, warm conditions are expected to continue across western Washington, according to the National Climate Prediction Center. There’s a 50 percent chance of warmer than normal weather and a 40 percent chance of drier than normal conditions over the next three months. The center also reports that drought is likely to develop through the end of June.

Eastern Washington is forecasted to have normal wildland fire potential until June when the northeast portion of the state is expected to transition to above normal potential with a greater than usual likelihood of fire.