Washington lawmakers react to Trump's State of the Union address 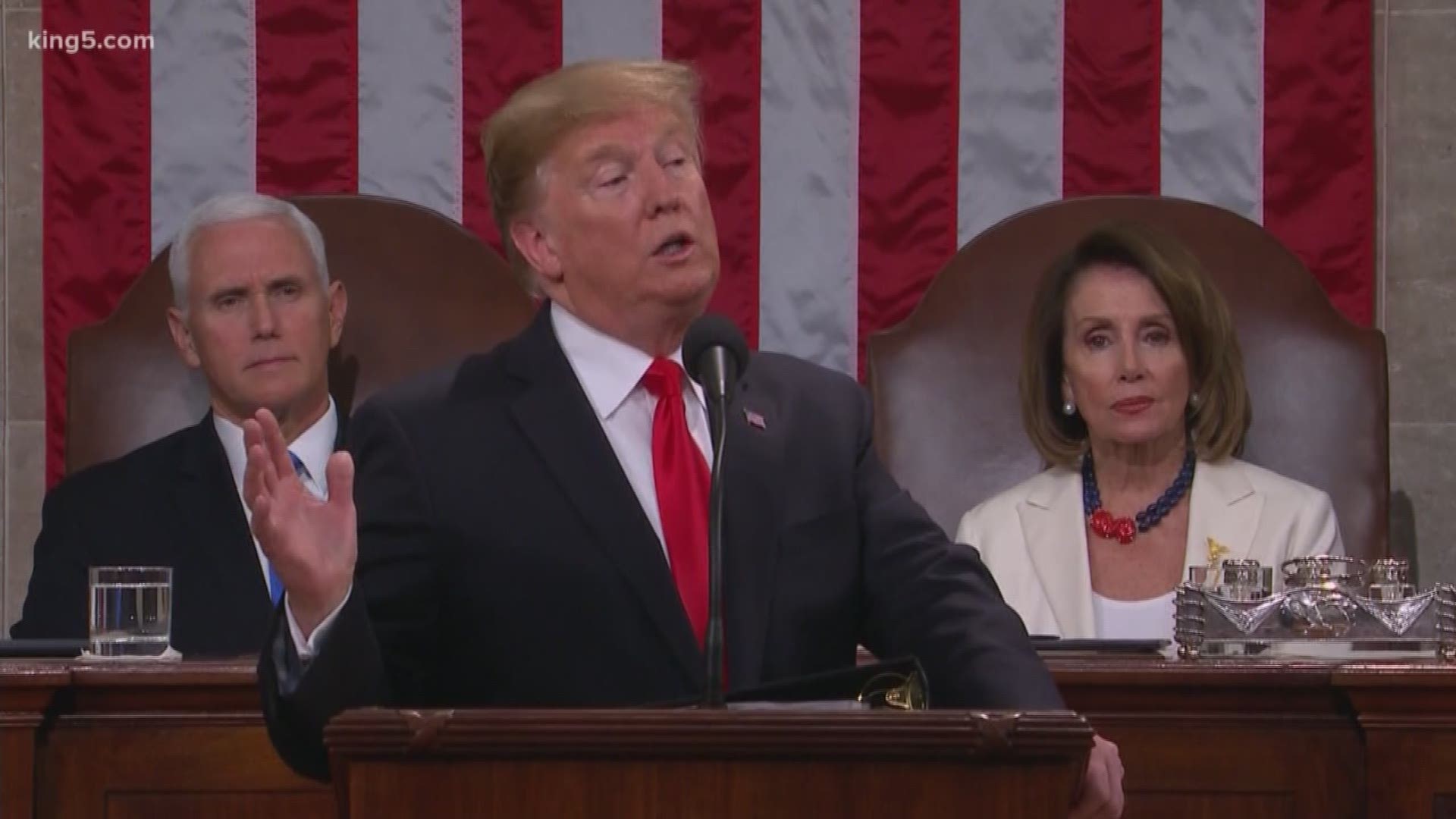 Our VERIFY researchers fact-checked both of their claims and statements in real-time. Trump touched on border patrol, nuclear testing, and employment rates in America, among other topics.

Following the president's speech and the Democratic response, lawmakers from Washington state talked to KING 5 from D.C. Tuesday night.

Reactions from local Democrats were mixed.  Rep. Pramila Jayapal did note “there were a couple funny moments in there,” but derided the demands for a border wall.

“A lot of falsehoods particularly about immigration but also when he talked about gridlock. He had a lot of hutzpah to come in and talk about gridlock and compromise when he just shut down the federal government and put 800,000 federal workers out of a job,” said Jayapal.

Newly elected Kim Schrier attended her first State of the Union address and said she was pleased to hear the President talk about health care.

“Really happy to see several issues we can come together and work on - so relieved our president talked about health care,” said Schrier. “The fact he was talking about prescriptions drugs and taking care of people with preexisting conditions matters a ton to me.”

“The President talked about having a unifying message - I still think his message was divisive - there are some issues which I think are important priorities like infrastructure that he has said he would support - we need real action, not just talk, and I think his action has to follow up on this,” Rep. Susan DelBene added.

Washington GOP Chair Caleb Heimlich believed the speech was the President’s way of seeking a compromise on immigration.

“I thought it was a great speech. I thought he cast an aspirational speech,” Heimlich said about the wall versus no wall debate. “President Trump is willing to negotiate,” adding, “I think a physical barrier is an important part of different pieces of that.”

Also announced Tuesday night, President Donald Trump will hold a two-day summit with North Korea leader Kim Jong Un Feb. 27-28 in Vietnam to try to convince him to give up his nuclear weapons program.

The announcement was made in Trump's prepared remarks the White House released for his Tuesday night State of the Union address.

Trump has said that his outreach to Kim and their first meeting last June in Singapore opened a path to peace. But there is not yet a concrete plan for how denuclearization could be implemented.