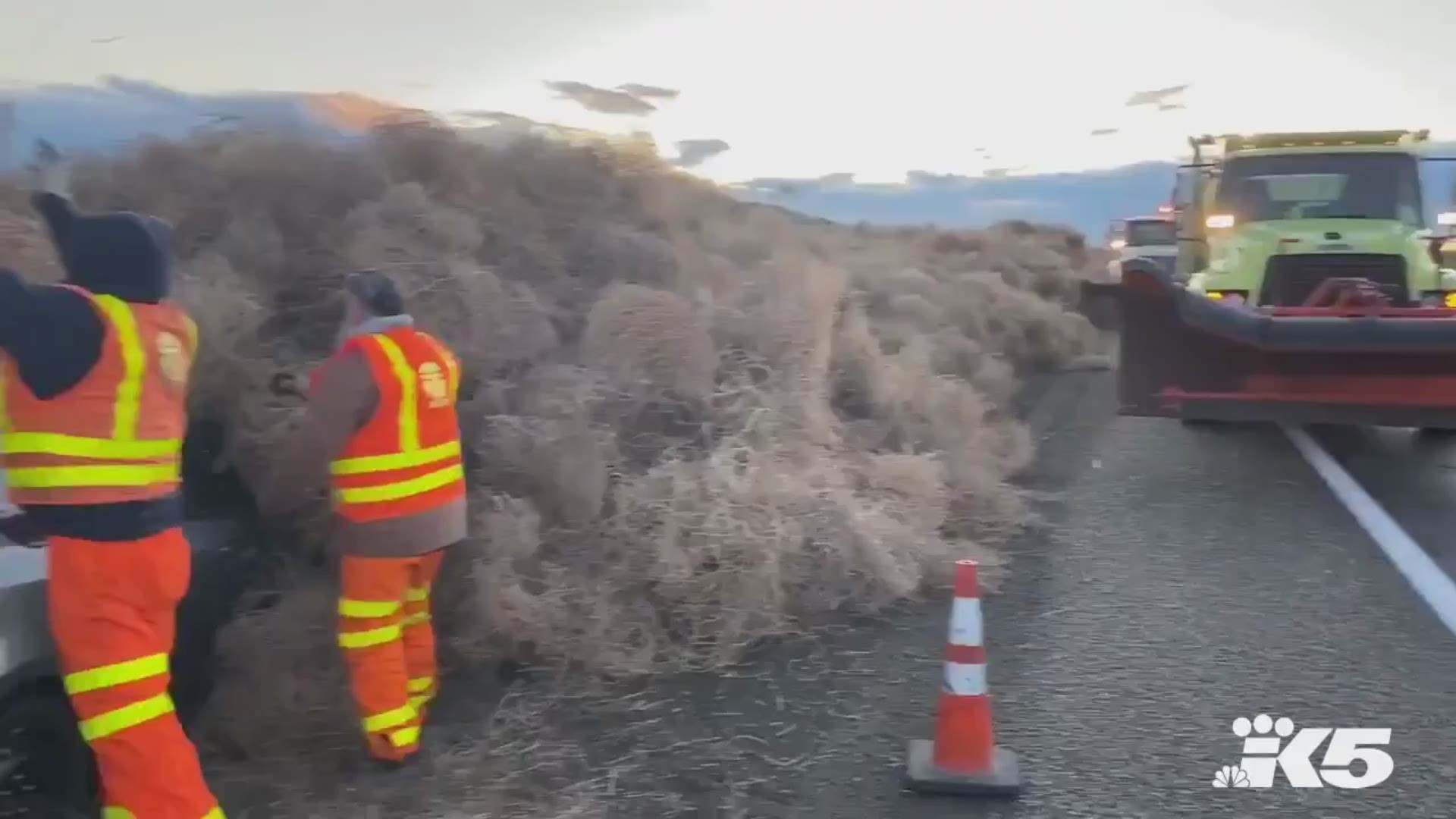 There are no reports of injuries.

Snow plows were called in to clear the roads and crews with the Washington Department of Transportation worked overnight to free vehicles from the prickly mess.

At least one abandoned vehicle was discovered in the daylight completely engulfed in tumbleweeds.

Patrick Antonson shared this footage of traveling through the tumbling weeds near Richland:

According to Wikipedia, "A tumbleweed is a structural part of the above-ground anatomy of a number of species of plants, a diaspore that, once it is mature and dry, detaches from its root or stem, and rolls due to the force of the wind."