It was a historic day in Washington D.C., but now Tacoma residents are looking for what's in store from the U.S. Capitol in the days ahead. 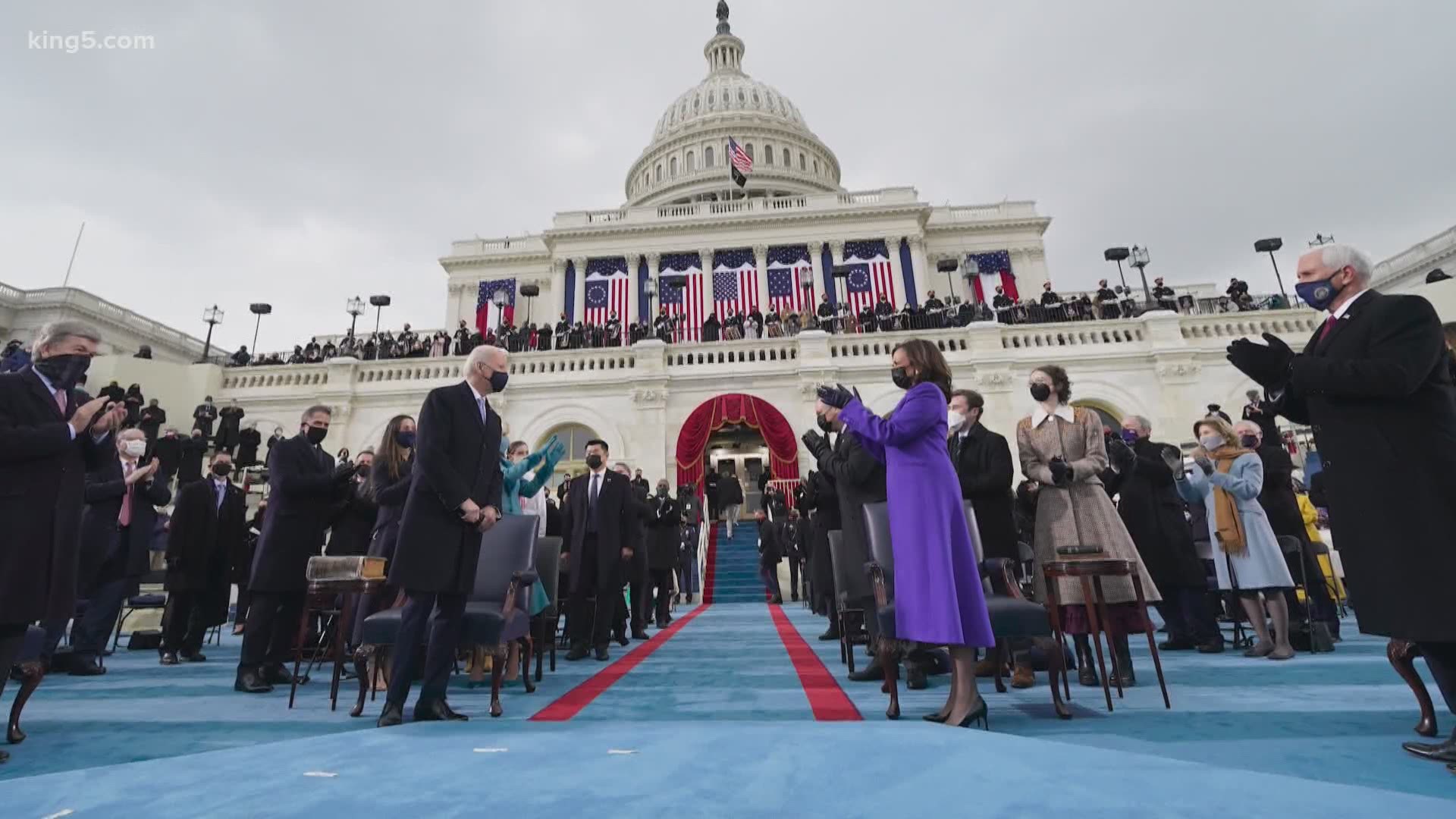 TACOMA, Wash. — Residents of Tacoma watched history be made Wednesday as Kamala Harris became the first female vice president of the United States.

Draped in purple as a possible nod to Shirley Chisholm, the first Black woman elected to Congress in 1968 and the first to run for president, Harris took the oath of office during a socially distanced ceremony in Washington D.C.

Harris’ appointment makes her not only the first woman, but also the first woman of color to hold the vice presidency. It’s an achievement that some said will have an impact for generations to come.

“It’s a historic day, and I’m excited for her, and it’ll be interested to see if people work together, and I really hope that happens,” said Laura Smidt, a resident in Tacoma. “But it has a huge impact for girls, and everybody, really.”

"According to what the cabinet looks like, it's a whole lot better than what we've had recently," said Christine Nelson, of Tacoma. "So I have great hope that things are going to get better."

Franco Ramos, a student from the Philippines who lives in Tacoma, said he’s already seen the effect the new administration is having on the government.

“I came here as a student from the Philippines, and when he [Trump] was elected, it really put all my visa issues into a lot of trouble," said Ramos. "And since the inauguration is happening, I just got a letter last week from USCIS saying they’re going to schedule my interview. That’s something.”

But even though Harris’ appointment to vice president is worth celebrating, it comes during a turbulent time in U.S. history.

The inauguration ceremony for Harris, and President Joe Biden, was held while 25,000 National Guard troops patrolled the U.S. Capital in response to an attack on Congress by a mob of Trump supporters that left five people dead on Jan. 6, 2020.

Now, some hope that the new administration can find a way to push through the divisive atmosphere in D.C. and get to work on the issues.

“I think, first things first, virus. Gotta get COVID under control,” according to Ramos. “Then you gotta figure out how you’re gonna absolve the filibuster to get anything past the Senate. I think that’s one and two and then everything follows after that.”

Both President Biden and Vice President Harris didn't take too much time to celebrate Wednesday before getting right to work on Day 1.

So far, that work has involved a string of executive orders that will reverse the positions of the previous administration on a range of issues. They include a federal mandate on masks on federal property, revoking the permit for the Keystone XL Pipeline, and rejoining the World Health Organization and Paris Agreement.

The Biden administration also said it plans to immediately start working with Congress to put legislation in place to provide much needed relief to Americans by extending the moratoriums on evictions and foreclosures, and restructuring the entire federal government to better respond to the effects of COVID-19.