‘Skinny whales around the world’: Is intervention for J-50 too little, too late?

The condition of J-50, a four-year-old female orca, has alarmed scientists in recent weeks. But it may already be too late to save the endangered whale. 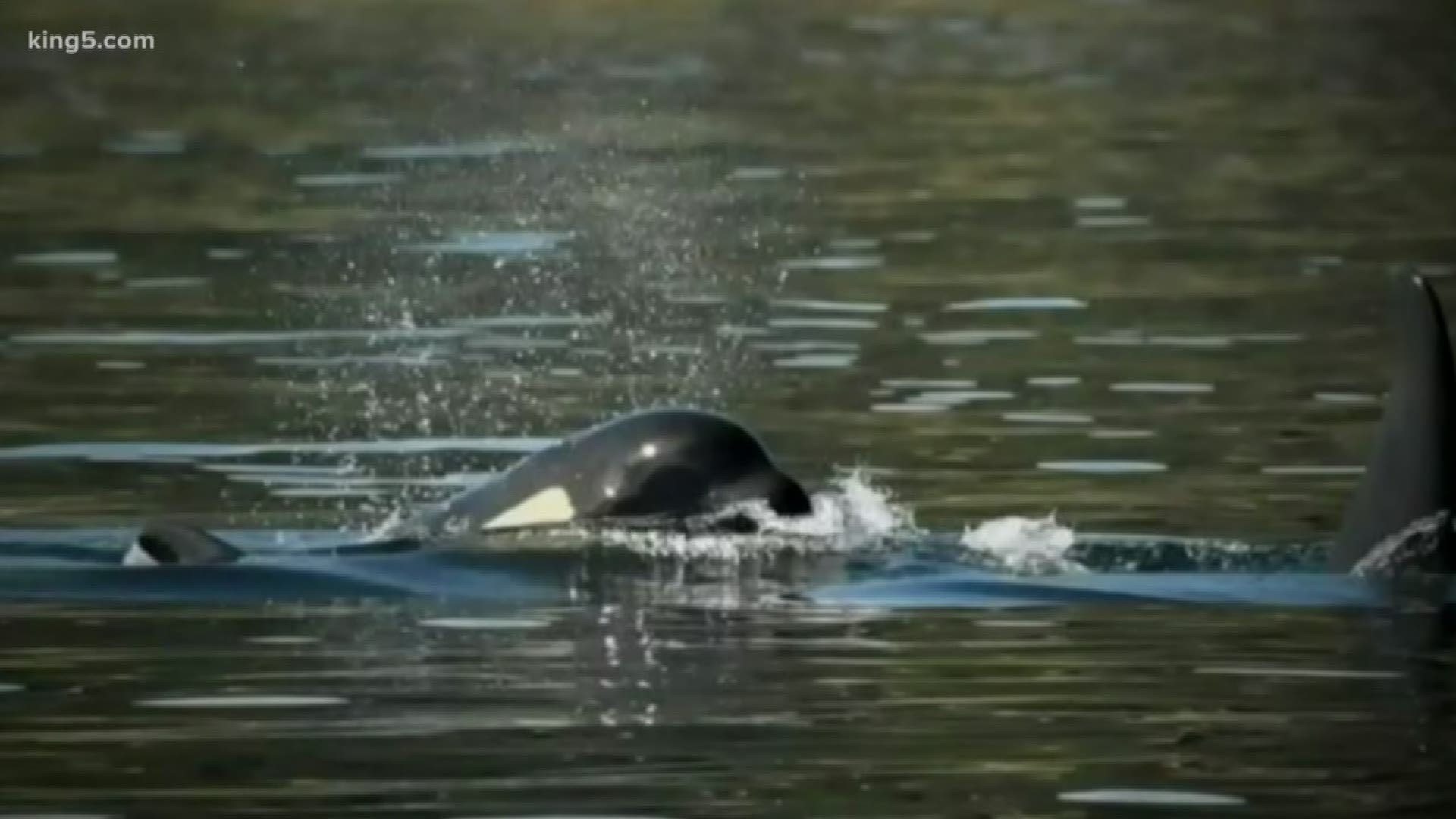 Preparations continued Monday for a historic attempt to save an ailing southern resident killer whale. Now researchers are just waiting for the whale.

The condition of J-50, a four-year-old female orca, has alarmed scientists in recent weeks. She has lost up to 20 percent of her body mass and developed “peanut head”—a depression near the base of the skull that indicates severe malnutrition and fat loss. However, the whale’s poor condition was documented as early as September 2017.

The intervention may include the injection of antibiotics to fight what researchers believe may be an infection contributing to the orca’s poor health. Members of the Lummi Nation have also caught fresh chinook salmon and are holding them in special tanks, awaiting the return of the J-pod to near-shore waters. The tribe will attempt to feed the fish to J-50 in a last-ditch attempt to rescue her. The salmon are important not just for their nutritional value, but to combat dehydration as well.

Holly Fearnbach, the marine mammal research director for SR3 Sealife Response, is part of the team assessing the whale’s health ahead of the intervention. SR3 and the National Oceanic and Atmospheric Administration (NOAA) monitor the long-term health of both individual whales and the entire pod through drone photography.

SR3 typically studies the southern residents every May and September. Although the J-pod was out of range during SR3’s most recent trip, they have returned early to help with the rescue efforts for J-50. Comparison to last year’s photos shows a significant decline in her health, spurring NOAA and others into action.

J-50 has always been an “animal of concern” for those studying the southern resident killer whales, said Fearnbach. The orca was small when she was born and has been behind the growth curve since. Now her condition is reminiscent of that of J-52, the male juvenile orca that died of malnutrition a year ago next month.

No intervention occurred in the case of J-52. And scientists have been aware of J-50’s decline for months.

Activists think that the worldwide media attention brought on by the tragic case of J-35, the mother who has been carrying her dead calf, has finally forced NOAA’s hand.

“When there’s enough public outrage that something needs to be done, government steps in and says, ‘We’re getting a bad rep. We need to move,'" said Michael Kundu, the founder of Project SeaWolf. "Sometimes it takes events like this to catalyze people to start working and that's exactly what happened in this case.”

Project SeaWolf led the effort reunite the orphaned calf Springer with her pod more than a decade ago in another unprecedented intervention. Like J-35, Springer also made headlines around the world. She was the first known case of a whale being captured and successfully reintegrated with her wild pod.

"The government did not want to intervene,” said Bob McLaughlin, a board member of Project SeaWolf. “They did not like the fact that we were out there every day, taking videos of this whale that had some issues going on, and giving them to the media."

It was public pressure that moved a response, McLaughlin says, similar to the J-50 intervention. But some critics believe that in this case, it is likely too late for the whale.

“National Marine Fisheries has to do something rather than sit on their hands any longer,” McLaughlin said. “We need to get off our hands and do something.”

Under the Endangered Species Act, three key threats to the southern resident killer whales are identified: scarcity of food, toxins in the water, and noise and traffic from boats. The lack of food exacerbates the other conditions—as the orcas begin to burn their blubber for energy, it releases lipophilic, or fat-soluble, toxins into their body. This may be contributing to the accelerating decline of J-50’s health.

As for Fearnbach, she’s glad that the world is being alerted to the plight of the southern residents, but she’s not sure that intervention is a long-term solution.

“Something needs to be done,” she said. “And it’s not just one change that’s going to save this population.”

The problem isn’t limited to the Salish Sea, either. Fearnbach said her team is seeing “skinny whales around the world” due to depletion of food supplies and poor fishery management. SR3 and NOAA to use aerial photos to assess the health of many whale species around the world.

Female whales of reproductive age seem to be struggling the most. The long gestation (between 15–18 months) and nursing (nearly two years) periods come at a huge cost to the mothers. Fearnbach said that even when other members of the pods are healthy, they have seen female whales in poor conditions as far afield as Antarctica.

Since the southern resident baby boom in 2015-2016, there have been no successful births in the population. Half of the calves born in J-pod during the boom and two of the mothers have passed away since then. This makes it especially vital to intervene in the case of J-50, one of the only remaining young females.

“There are really two reasons why I think we should try,” Kundu added. “One is to get good at the science and two, even if this doesn’t help this whale survive, we’ve got to do something. There’s no reason for us to let this go without learning from the process. We’re obligated to at this point,” Kundu said. “We know what’s going to happen if we don’t intervene at this point. This population will be gone, I’m going to guess, in 30-35 years. This really is our last chance.” 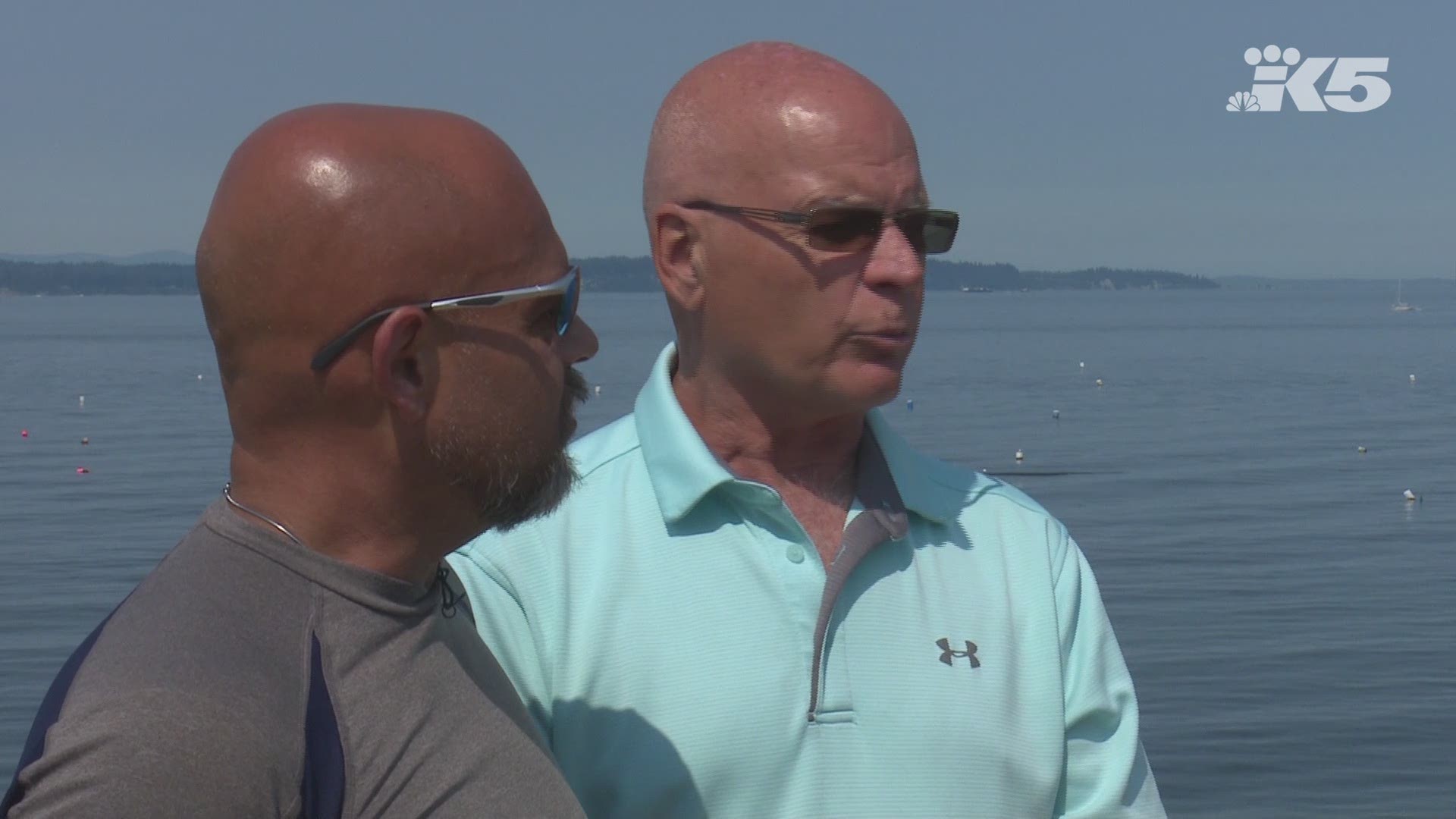