New graphic novel 'The Cloven' is chock-full of Seattle sites

The book was written by Garth Stein and drawn by Matthew Southworth. #k5evening 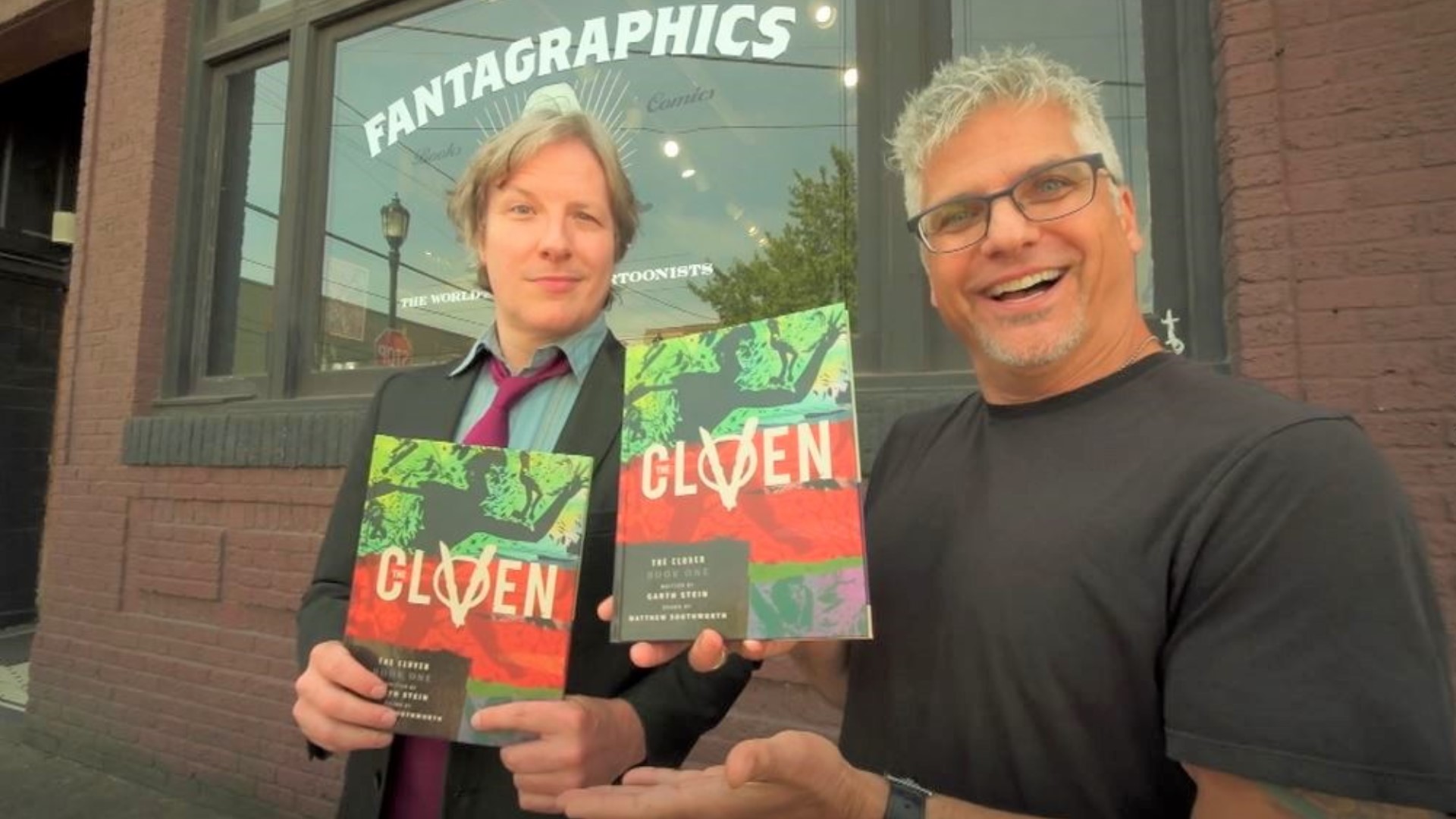 SEATTLE — A new graphic novel uses real locations in and around Seattle as the backdrop for a fantastical story about genetically-modified mutants.

The Cloven, published by Seattle-based Fantagraphics, was written by best-selling author Garth Stein and drawn by Matthew Southworth. He agreed to do the illustrations partly because of the locations.

"When I realized how localized I could make it, how much it could really be Seattle,” he said.

But The Cloven is a bit more fantastical: the main character is a cross between a human and a goat.

"It's the story of essentially these mutant experiments that have been abandoned and have gone on to propagate in the woods around Seattle, and in Seattle itself,” Stein said. “Where do you hide in Seattle if you're different, if you're a mutant? You hide in the margins, you hide where people just don't want to look."

That includes homeless encampments in The Jungle. The book has underlying themes about income inequality and marginalized groups.

But there's also a lot of inventive humor.

"A great example is what does a goat sound like? How do you write out a goat's bleat?" Southworth said.

They settled on “Mbehh,” a new word they hope will someday be as ubiquitous as “moo.”

"Everything weird happens on Vashon Island, as we all know,” Stein joked.

If The Cloven is a love letter to Seattle, it's admittedly a complicated one.

"It's a couple's therapy session with the city,” Southworth said.

Their collaboration spanned two years, and Book Two is already in the works.

"There's a lot of depth to the story, I think,” Stein said. “But if you want to read it as a fun romp through Seattle, by all means, start there."

The Cloven is available at Fantagraphics book store and online.