The additional $20 vehicle license fee drivers will start paying this July would be used to finance $100 million in bonds to help fix aging bridges in Seattle. 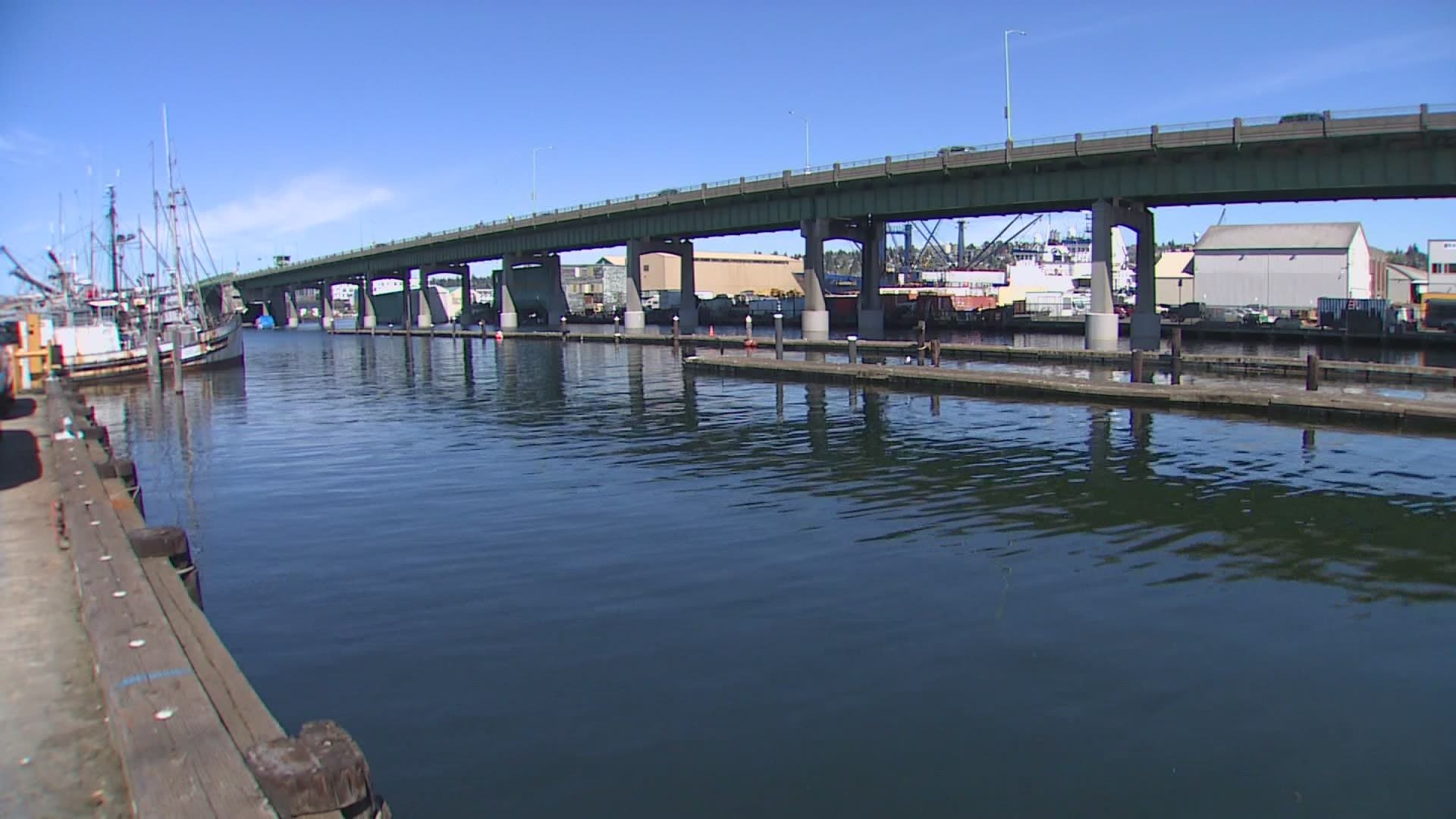 Councilmember Alex Pedersen unveiled the full idea at a committee hearing on Wednesday, which appears to have a majority of council support.

Pedersen, and the Seattle Department of Transportation (SDOT), said an audit of the city's bridges shows multiple spans in poor condition and in need of millions of deferred maintenance.

Both the University Bridge and Magnolia Bridge are in worse condition, according to the audit, than the West Seattle Bridge prior to its closure last year.

"Past city leadership has neglected these bridges. We need to start reinvesting more in these bridges," said Pedersen, while standing near the University Bridge span, which he said the audit showed was in need of "movable parts" needed to open and close.

The proposed amendment would use the $20 vehicle license fee, approved last year, to finance $100 million in bonds. Pedersen, and his colleagues, said it will "supercharge" the maintenance efforts on bridges and make the money available in 2022.

Councilmembers Lisa Herbold, Andrew Lewis, Teresa Mosqueda and Debora Juarez have all signaled their support for the proposal. Herbold and Mosqueda both live in West Seattle, and Lewis represents the area that includes Magnolia.

Pedersen also believes that "it creates a pot of money that we can use to leverage more dollars coming from the federal government. There is talk about an infrastructure bill coming from Washington, D.C., but we're going to need money to local match to leverage those dollars and make use of those right away."

It is unclear if that is even a possibility, or how long it would take for any kind of funding to reach Seattle. The Biden Administration has floated a $2 trillion dollar infrastructure plan, but the House and Senate are still crafting their own proposals.

Rep. Suzan DelBene, D-Medina, is the chair of the moderate New Democrat Coalition, and sits on the powerful House Ways and Means committee. DelBene was part of a delegation who met with Biden's staff at the White House on Wednesday. She told KING 5 in an interview that the process is still in the early stages.

"We all know the needs for roads and bridges in our region. But also think of rural broadband, right, my district, we have places are a technology hub. And yet there are parts of my district that don't have rural broadband or even good cell service, the need for energy and water infrastructure, for affordable housing," said DelBene, adding, "A lot of the detail work is going to happen in our committees."

The vehicle license fee (VLF) issue is one that snuck a bit under the radar in 2020, in the world of Zoom hearings, and changed after voters approved a sales tax increase for transit.

Per a city release on the VLF topic, "Most drivers were previously paying $80 for their annual VLF, but that decreased briefly to $20 until City Council adopted this new $20 for a total of $40. The additional $20 (which drivers will start paying this July) is expected to generate $3.6 million in 2021 and $7.2 million in 2022 and each year thereafter. A City Council spending plan was delayed until after more stakeholder engagement. Bonding has several advantages over SDOT’s current plan. Rather than allocating the funds in several small pieces each year over several years, bonding will provide a large sum upfront to obtain more of what we need for our city’s infrastructure when we need it – now. Bonding should also protect the VLF from future attempts to cancel the fee, because those future dollars will be encumbered upfront."

The Magnolia Bridge has been considered a issue of concern dating back to the Nisqually Earthquake, but would take hundreds of millions of dollars to rebuild. The City has had various stops and starts on a new plan since the quake, but has never come to a consensus on the best path forward.

Pedersen's plan doesn't specifically call for money to be directed to that bridge, but does say that multiple spans could get seismic retrofitting if the money comes online.

RELATED: What Biden's infrastructure package could mean for western Washington 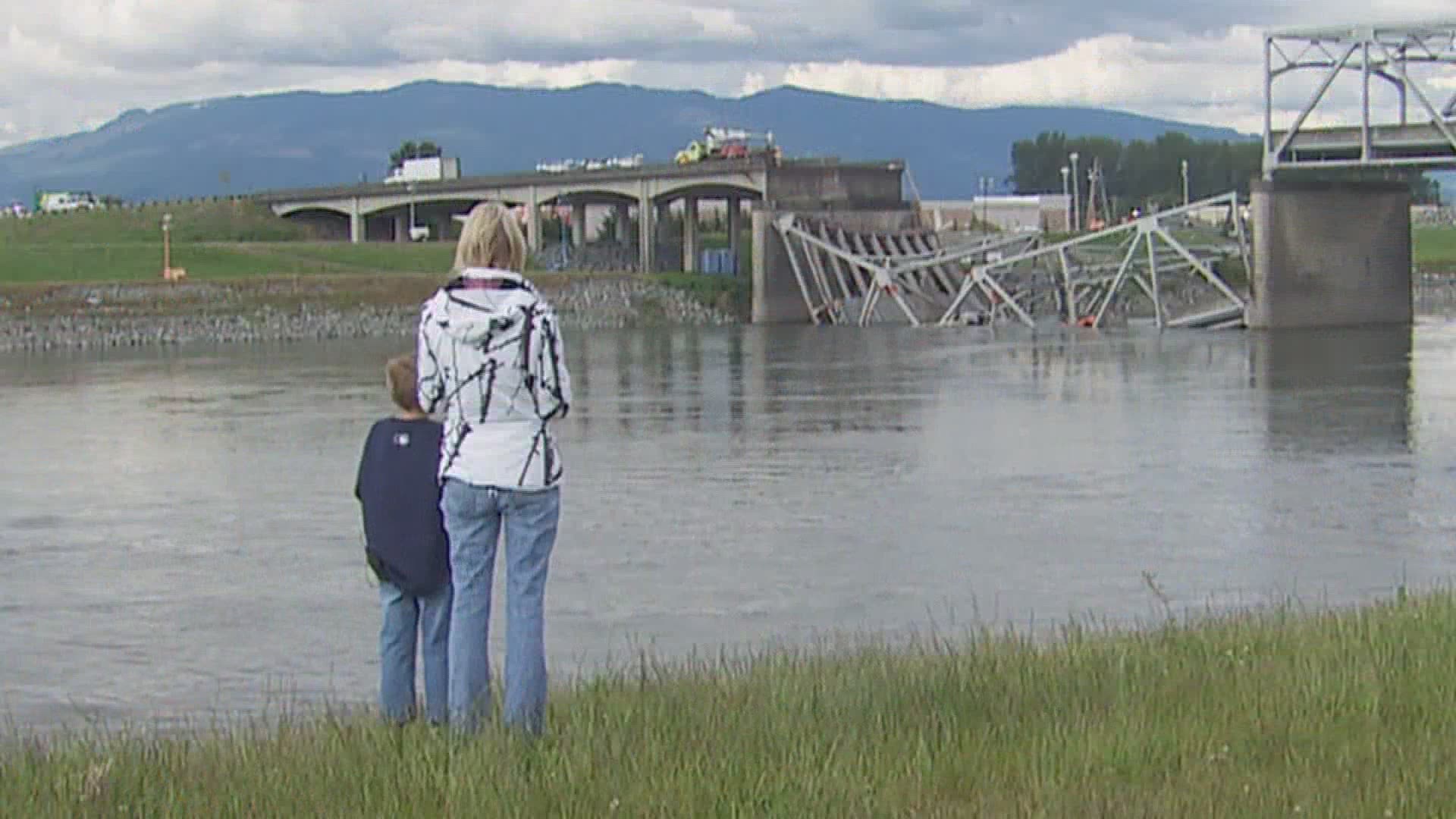