The Seattle Police Officers Guild has still not reached an agreement with the city on COVID-19 vaccine requirements. 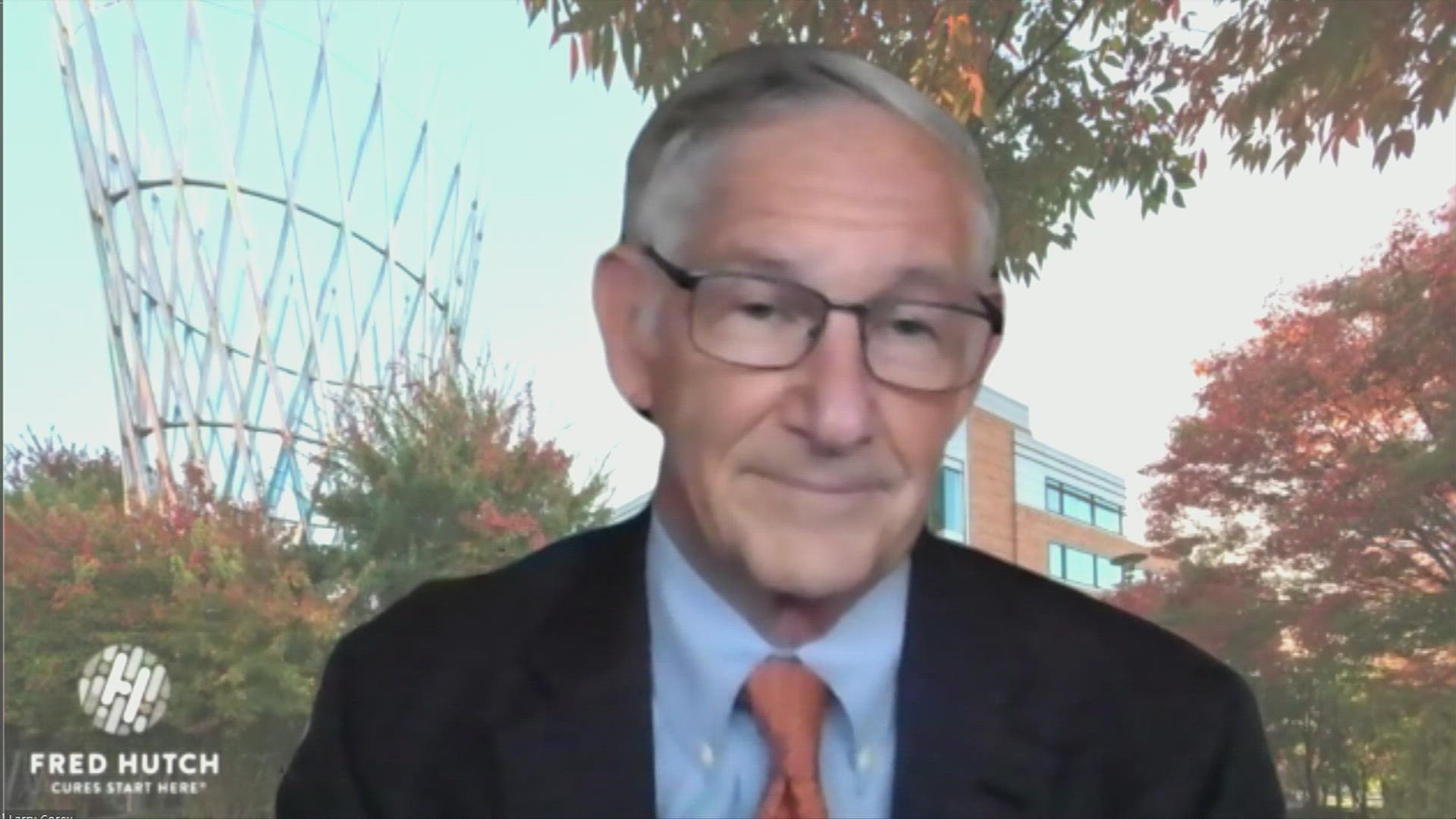 SEATTLE — The city of Seattle announced Friday that it has reached two tentative agreements with multiple major unions, which represent employees across many areas of the city’s workforce, regarding the COVID-19 vaccine mandate.

The agreements are with the Coalition of City Unions, Fire Fighters Union, International Brotherhood of Electrical Workers and the Seattle Parking Enforcement Officers’ Guild (SPEOG).

The terms touch on the vaccine requirement for city employees, frontline worker pay and the return-to in-person-work timeline for the roughly 35% of city employees still working remotely.

"We believe that these two tentative agreements honor the essential, public-sector workers whose work could not be performed remotely, and create clear, transparent, and equitable pathways for all City workers with respect to the vaccine mandate,” said Shaun Van Eyk, PROTEC17 Union representative and Coalition of City Unions co-chair. “While both agreements took a great deal of time and effort to reach, the outcome is unquestionably worth it for the health and safety of our union members, their families, and our communities.”

The mandate, which was announced on Aug. 9 and in alignment with Gov. Jay Inslee’s and King County’s policies, requires that all city employees must be fully vaccinated against COVID-19 or face termination by Oct. 18.

The first agreement covers this requirement and sets out allowances, paid leave, confirmation and separation processes.

First, each city employee that submits a Vaccination Confirmation Form by Oct. 5 showing that they will be fully vaccinated by Oct. 18 will received eight hours of paid time off.

Also, each employee will get 40 hours of new COVID-19 Supplementary Paid leave to be used for pandemic-related reasons. Those who confirm full vaccination by Oct. 18 will get another 40 hours.

“Since the pandemic touched down in Seattle, our officers, firefighters and frontline workers have worked day in and day out to provide nation-leading testing, vaccination, and relief programs for our residents. Those efforts are a key reason we have one of the highest vaccination rates, and lowest cases and hospitalizations of every major American city,” Mayor Jenny Durkan said.

The second agreement deals with Frontline Worker Pay for employees who were on the city’s payroll by Aug. 1 and performed work in-person during the pandemic. Those workers will be eligible for up to $1,750 in a one-time payment.

The agreement also allows those eligible to work from home to do so until Jan. 19 unless there is a business need for their return.

The city will also apply the vaccine requirement to contractors and vendors who report in-person to a city worksite or work near city employees.

“Supporting City employees as they show up to work during this pandemic is critical to helping us maintain a safe, diverse, equitable, and progressive workforce," said Interim Human Resources Director Kimberly Loving. "Over the past few months, the Coalition of City Unions, Seattle Fire Fighters Local 27 and IBEW Local 77 have worked tirelessly with my fellow City colleagues to achieve these Tentative Agreements with each employee in mind.”

The city has yet to reach any agreements with the Seattle Police Officers’ Guild, which it continues to negotiate with separately.

According to the city, more than 83% of Seattle’s eligible population has gotten at least the first shot of the vaccine.

Washington state was able to reach an agreement with the Washington Federation of State Employees union, which represents 47,000 state employees, and ratify it on Sept. 10.

The state’s agreement gives workers a day of leave and makes vaccine education and access available during work time.

On Wednesday, King County announced it had reached similar agreements with many of its employees' unions over the mandate.