A man in serious condition after being shot by police in Renton on Tuesday morning. 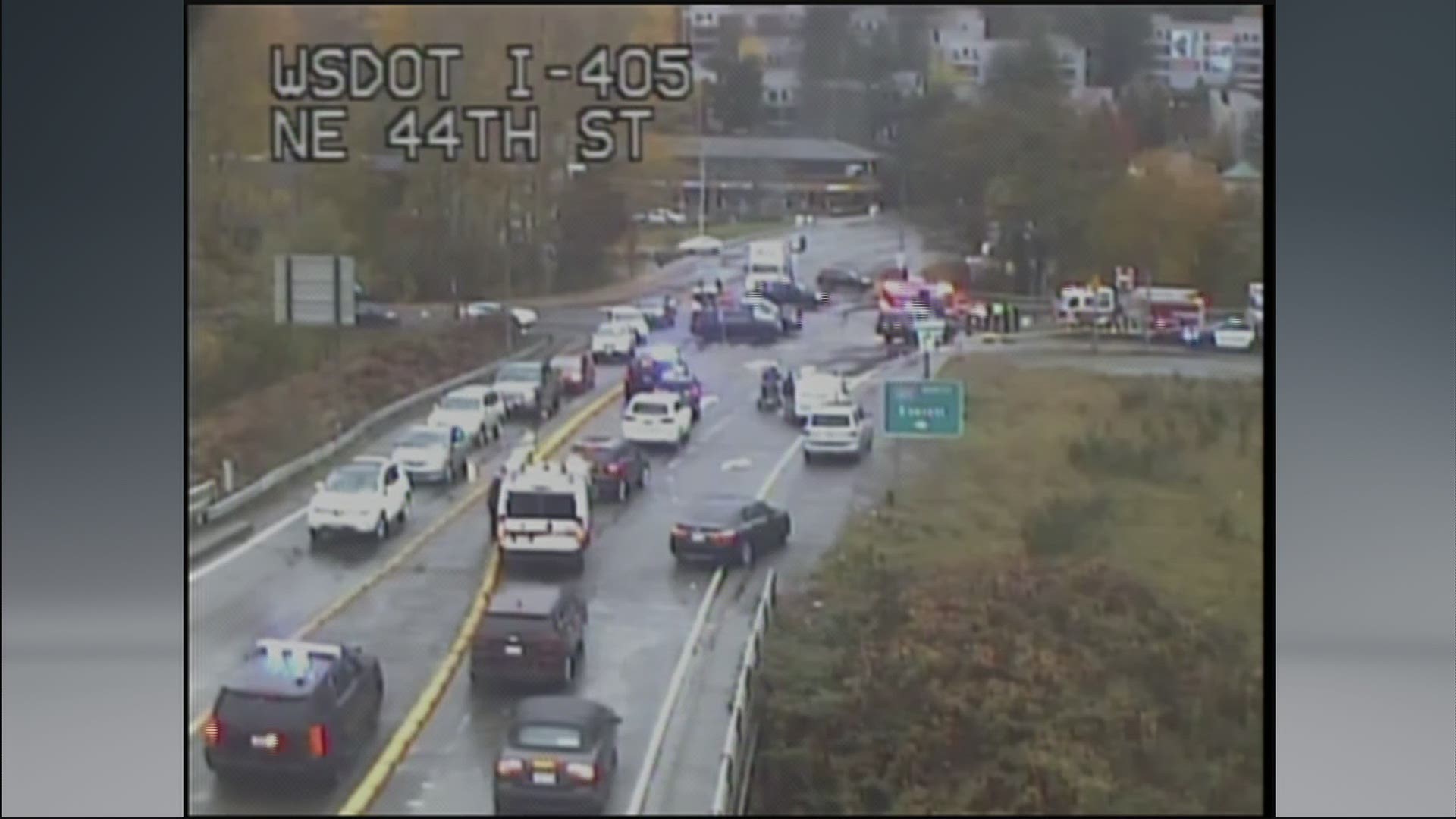 RENTON, Wash. — Police shot a 40-year-old man who was reportedly threatening people with a gun.

Around 8:15 a.m., Renton officers responded to calls of a "lewd" man near the Lake Washington Boulevard NE between NE 48th Street and SE 74th Street. The man was reportedly naked and had a gun.

The man, according to witnesses, was breaking windows and pointing the gun at employees at several different businesses.

The man then walked toward I-405. Officers arrived shortly after.

A police spokesperson said officers first tried to "talk him down," tase him and shoot him with beanbags.

The man "did not respond to commands, raised [a] gun towards officer, officer fired at suspect," Renton police tweeted.

"Officers attempted several de-escalation techniques, before ultimately shooting the suspect, according to a statement from Renton PD.

The man was seriously injured by is in stable condition, according to Renton police.