Daniel Duncan suffers from a rare genetic disorder, but it's not stopping him from doing what he loves and inspiring his teammates in the process. 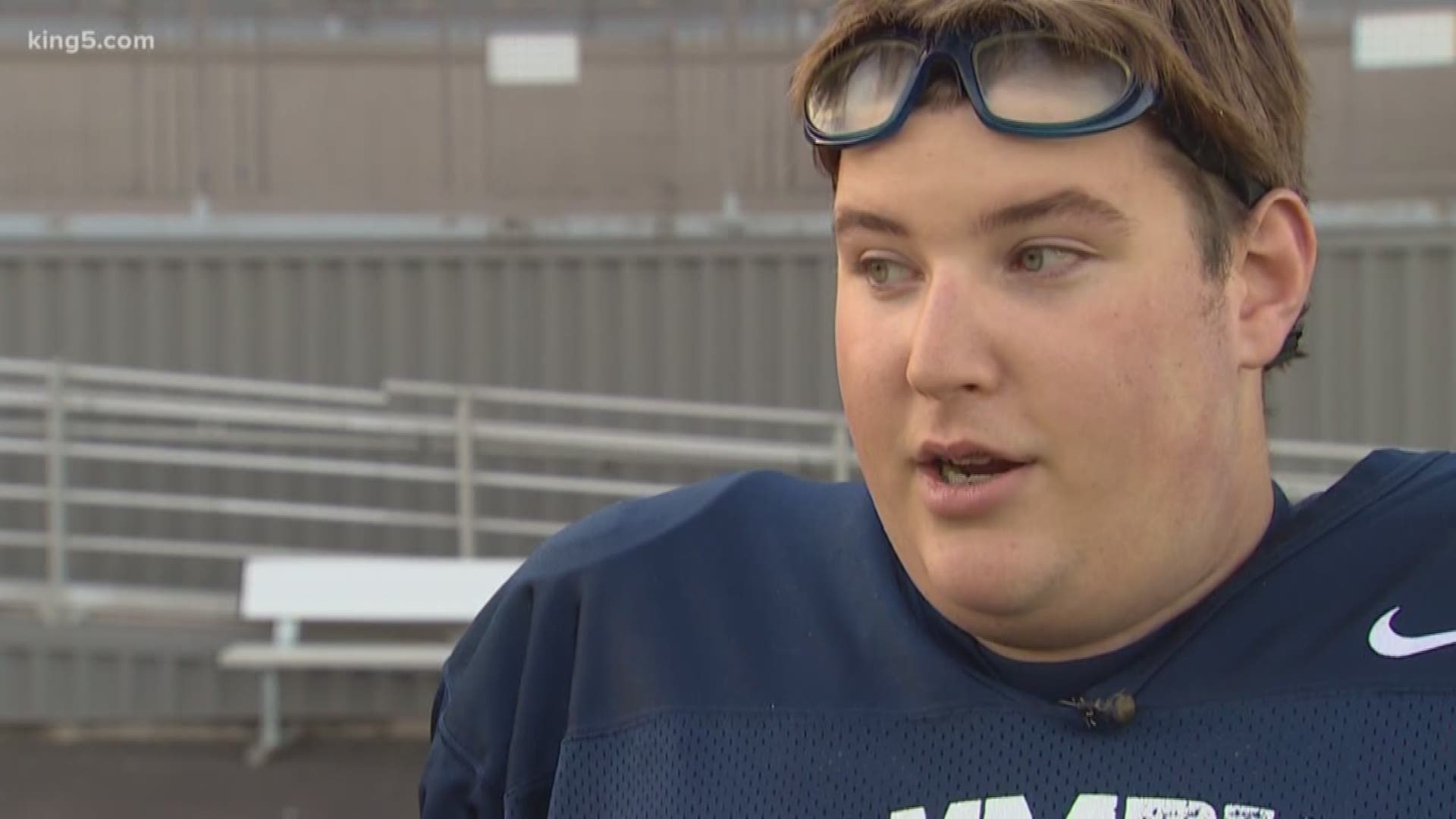 OLYMPIA, Wash. — Ahead of their biggest game of the year, the captain of Olympia High School’s football team won’t likely play in the game.

Captain Daniel Duncan is a backup lineman, but quarterback Nathan Hermann said that’s not why he was voted captain by his fellow seniors.

“He’s been such a loveable guy and such a great guy for this team and this community,” explained Hermann.

Duncan takes special education classes because of a rare genetic disorder. His mother said he has struggled with learning difficulties and delayed development. She also said doctors have said Duncan will eventually be legally blind.

Duncan said people have told him all his life he wouldn’t be able to do the same things his friends did, like playing on the football team. But that’s something he has done a couple of times this season.

“It kind of gives me a little drive. Just keep going for it. No one’s going to hold me back,” said Duncan.

After he graduates next spring, Duncan wants to go to college and try and get into coaching football.

“I keep going for whatever I seek out for,” said Duncan.